If you’re anything like me, you enjoy learning about how some of our best modern inventions came about.

It’s always interesting to read about who invented the great pieces of technology and how they used their problem solving skills. 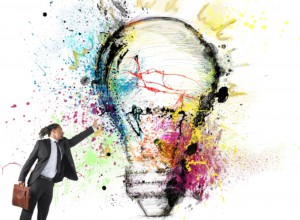 One thing I’ve noticed about a lot of these inventors is that their achievement seems secondary to the interesting life they led.

You get the sense that if the person hadn’t invented that particular thing they would have invented something else equally interesting.

They’re determined types who were going to do something impressive and original with their life no matter what, which is a great parable for success really.

There are some types of people who are going to be successful eventually through sheer force of will.

Which is why I think ideas are over-rated.

People obsess about finding an idea, an invention, that will bring them success and wealth, but this is a very unreliable ambition.

A lot of people spend too much time hunting for a brilliant idea, and they treat it like it’s a “hallelujah” moment that will arrive, like a bolt out of the blue, to bring them their fortune.

Sometimes this does happen, but solid, hard work is much more reliable as a formula for success.

That’s why the search for a big idea is too high-risk for my liking.

While you were waiting for that great idea to arrive you could have been implementing steps to achieve financial freedom in a way that’s a lot more reliable.

2. Ideas are often locked in stone

I understand that when you come up with an idea you love, you want to see it realised.

But sometimes these ideas need a bit of help.

They need to change or alter in order to work. 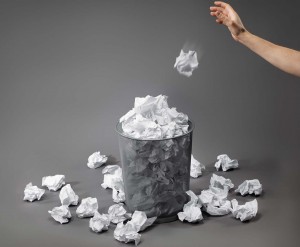 The trouble with a big idea is that you can become too inflexible.

It’s your idea, after all.

You may spend too much time trying to convince other people to love your idea as much as you do rather than asking yourself: how can I change this idea so it works?

Or even: should I abandon this idea and try something else?

Flexibility, after all, is one of the foundations of success.

Yes, you read that right.

The best investors invest in people and not ideas.

Sure, they like the idea or product and they believe in it, but at the end of the day their investment is in the person who is executing the idea.

Why is this the case?

Because they know that the right person will do whatever it takes to make the business a success. 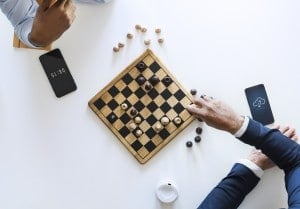 They’ll do what’s best for the business and keep changing things until it works.

We’ve all seen successful restaurants go down the drain once they’ve changed hands.

The menu is the same, the staff are the same, but the person who made it a success isn’t there anymore.

So don’t get too hung up on finding a brilliant idea or being a “disruptor”.

Focus on a solid business plan that gives you a good chance of success and then work really hard to get there.

It’s really that simple, but the thing is there are no short-cuts.

'3 reasons why ideas are over-rated' have no comments