I’m as guilty as any workaholic gold star-chaser.

I fixate on goals. 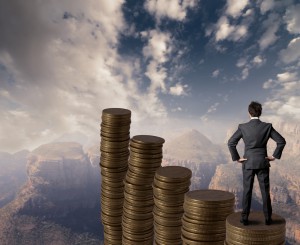 Lately, though, I’m seeing they’re not the answer.

It would seem we’re hardwired to seek out destinations.

We want to get over the horizon, climb our mountain and catch the view from the top.

Centuries ago, we worked to sustain our families.

Most of us were self-employed, and to a large extent, the seasons dictated the time spent ‘at work’.

We operated at a more leisurely pace, with plenty of time set aside for frequent rests and for meals.

The industrial revolution and the consumerism it spawned fuelled our unquenchable lust for more.

More than that, we assumed goals were a proxy cure-all for the very problems they created.

We decided if we could just do more, be more, have more, we’d be happy.

It doesn’t cure our insecurities, our anxiety or our depression.

If anything, it amplifies them, because there’s always more…

Victory is fleeting because the mountain range is endless

Whatever we achieve, there’s always another box to tick; another notch in the belt.

So the question becomes, what should we do to live a happy, fulfilled life?

I believe the answer lies in one word: progress.

As long as we’re moving in a direction that aligns with our work, happiness is a natural state of being.

I’ll give you an example.

I’ve loved cars since I was a small boy.

I spent hours playing with Matchbox replicas; dreaming of the day I could one day steer a real one.

I realised that dream when my dad let me drive our rusty Valiant on a local dirt road in 1976. 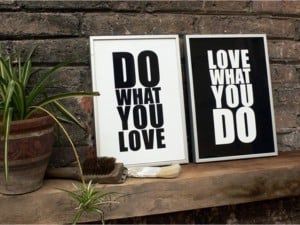 I was eight years old.

Over the years, I poured hundreds of thousands of dollars into my four-wheeled freedom machines, and I invested countless hours into studying the specs of my next source of affection.

But with each acquisition (20 and counting), the joy soon dissipated as the shiny new object became the next benchmark.

Setting goals and working to achieve them isn’t inherently bad, but it all falls apart when we postpone our joy in the present because we haven’t yet reached our goal.

I’ve written about this before, but a recent podcast episode by the guys at Fizzle drove it home for me.

As a serial entrepreneur, Corbett Barr explained, success doesn’t cure much at all.

You still have bad days.

Things still go wrong, and sometimes, you still struggle to get out of bed (or away from Netflix).

If we attached the word ‘success’ to a destination or a goal, and we treat the ‘cure’ as happiness, contentment or fulfilment, we’re going to be bitterly disappointed.

As Jim Carrey said, “I think everybody should get rich and famous and do everything they ever dreamed of so they can see that it’s not the answer.”

Prince said this: “I’ve been to the mountaintop. There’s nothing there.”

Twenty years ago, I would have scoffed at such claims.

As if I wouldn’t be happy with all the money I wanted, a house by the beach and the garage full of supercars!

Today, though, I know they’re right.

I once had three houses and two apartments; two Mercedes-Benzes, a wardrobe full of expensive suits and a love of five-star travel.

I could have almost anything I wanted, except, it seemed, fulfilment.

None of it made me happy.

The problem wasn’t with the objects themselves. 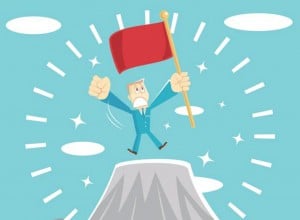 It was what I attached to them.

For me, it was all about status.

I wanted to look successful.

The trouble is, looking successful doesn’t make you happy.

Being successful, though, is another thing altogether.

And success, as I’ve been learning, comes from doing something you care about.

Not having; but doing. 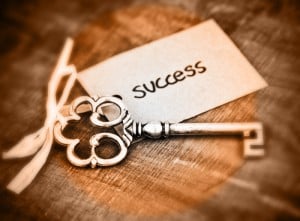 The exciting thing about this is, success can be had today.

So the answer lies in the process; the journey.

It’s rooted in progress, not accomplishment.

It’s the journey; not the finishing line.

As Churchill said, “Success consists of going from failure to failure without loss of enthusiasm!”

I still want a house by a lake and a Porsche 911 in my driveway, but I don’t obsess over them.

And I haven’t set goals for them, either.

Strangely, I think I’ll get both without really trying because I’m now enamoured with the journey – not the destination.

I love the work I do, and I draw immense satisfaction from daily improvements – even the tiny ones – not the impending arrival of my dreams.

By loving the process, I’m already living my dream, and to hell with the destination.

Either it’ll come or it won’t.

And if it does, I’m old enough to know it’ll soon be replaced by another, so what’s the rush?

So fantasise about the life you want; by all means, knock yourself out.

But if you want to be happy right now, find something you can DO that’ll tie your happiness to your daily activities. 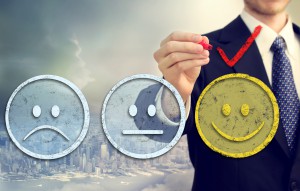 Do this and you’ll have a real shot at happiness.

For me, I wake up every day at six and I write.

I walk my son to school and pick him up each day.

I go for drives to the countryside and work through ideas while I’m in the car.

I toss around business strategies with my wife.

I spend time with my dad in the mountains and my mum down the beach.

And most gratifying of all, I get to work on projects I created like Midlife Tribe, the Midlife Mastery Podcast, and another one I’m working on right now.

Life is interesting because I made it that way.

The thing is, I made a decision to create excitement, purpose and happiness in my day-to-day activities instead of a mythical destination over the horizon.

And that, dear reader, has made all the difference in the world.

'Your goals won’t make you happy' have no comments