You’ll get more money in your pocket – the tax cuts have been approved.

The Stage 1 tax cuts are well timed to offer stimulus as our economy softens.

They will put money in the hands of low and middle income earners who will likely spend it.

The federal government tax cut package delivers $7.5 billion into the pockets of 10 million people in the next few months.

Some estimates say these tax cuts will have an impact equivalent to a 2 interest rate cuts.

The first stage of the tax package doubles the low and middle-income tax offset, which means an extra $1080 for individuals earning between $48,000 and $90,000 per year. 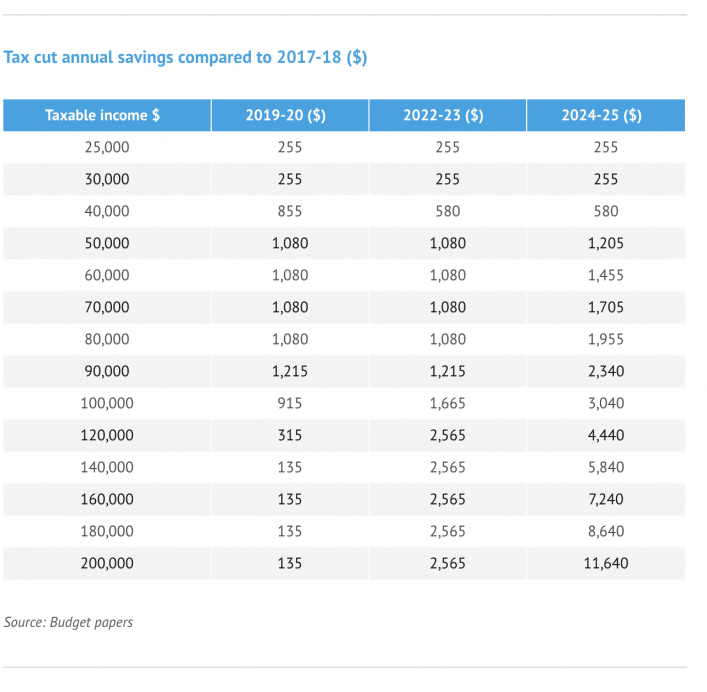 There is also a broader economic case for tax cuts.

Over time, as wages grow, bracket creep will push more of people’s incomes onto their highest marginal tax rate, eroding incentives to work and invest.

Stages 1 and 2 would give back some bracket creep, right across the income distribution.

Stage 3 would over-compensate for bracket creep but only for the top 15%.

This should give our economy momentum

Sure we’ve had two interest rate cuts, but that won’t be enough to stimulate the economy.

Even RBA Governor Phil Lowe conceded that the government is going to need to do its bit to stimulate the economy.

Commonwealth Bank’s Gareth Aird was quoted in the AFR as saying.

“We expect to see consumer spending, particularly on discretionary items, increase materially over the third quarter with some spill-over into the fourth quarter. This means GDP growth over the second half 2019 should step up.

“The Australian household sector will receive around $7.5 billion in rebates over financial year 2020, equivalent to … two 25bp interest rate cuts.”

Thinking back a decade ago in 2001 when the Rudd government gave a $900 “handout” to Australians during the financial crisis in 2009, rather than saving their bonus, most people splashed their cash.

If the same happens again, that together with the two interest rate cuts we received should stimulate our economy