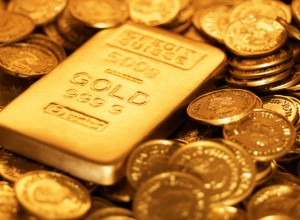 Wealth is not stagnant.

It grows, it gets transferred, and it even migrates from country to country!

But you'll never guess which countries gained the most wealth over the last decade according to market research company New World Wealth.

This report suggests the world has now accumulated $215 trillion in private wealth, a 12% increase over 2017, according to the latest report by

This number includes wealth held by the general population, as well as:

But the picture of global wealth hasn’t always been constant – in fact, it’s always shifting based on market performance, the movement of high net worth individuals (HNWIs), demographic trends, and other factors.

As you can see from the infographic below Australia is the world's 9th richest country with $6.1 trillion in wealth.

This places it way ahead of most other developed nations. 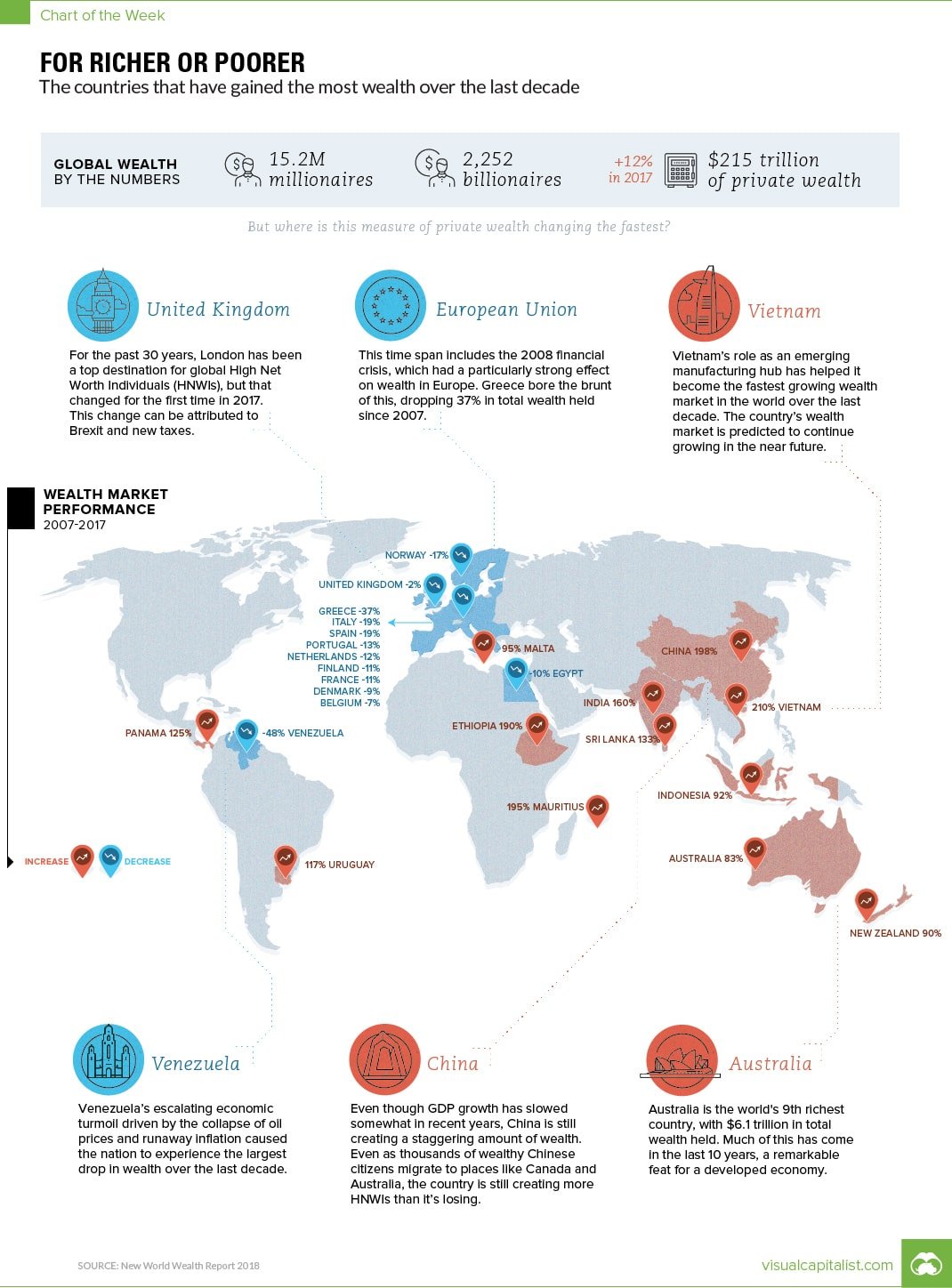 Over the last decade, from 2007 to 2017, here are the top countries based on percentage of new wealth added (in $USD terms):

Not surprisingly, plenty of developing markets made this list.

Here are the markets that saw total wealth decrease over the last 10 years, in terms of U.S. dollars.

The crisis in Venezuela had a particularly rough impact on wealth. 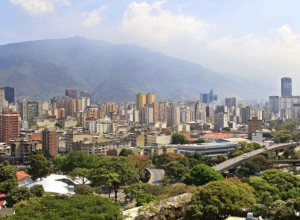 The country, which was once the richest in South America, lost 48% of its wealth in $USD terms over the last decade.

It’s also worth mentioning that many of the countries that saw wealth decrease over this time period are European – that’s because the 2008 financial crisis (and the ensuing sovereign debt crisis) hit Europe particularly hard.