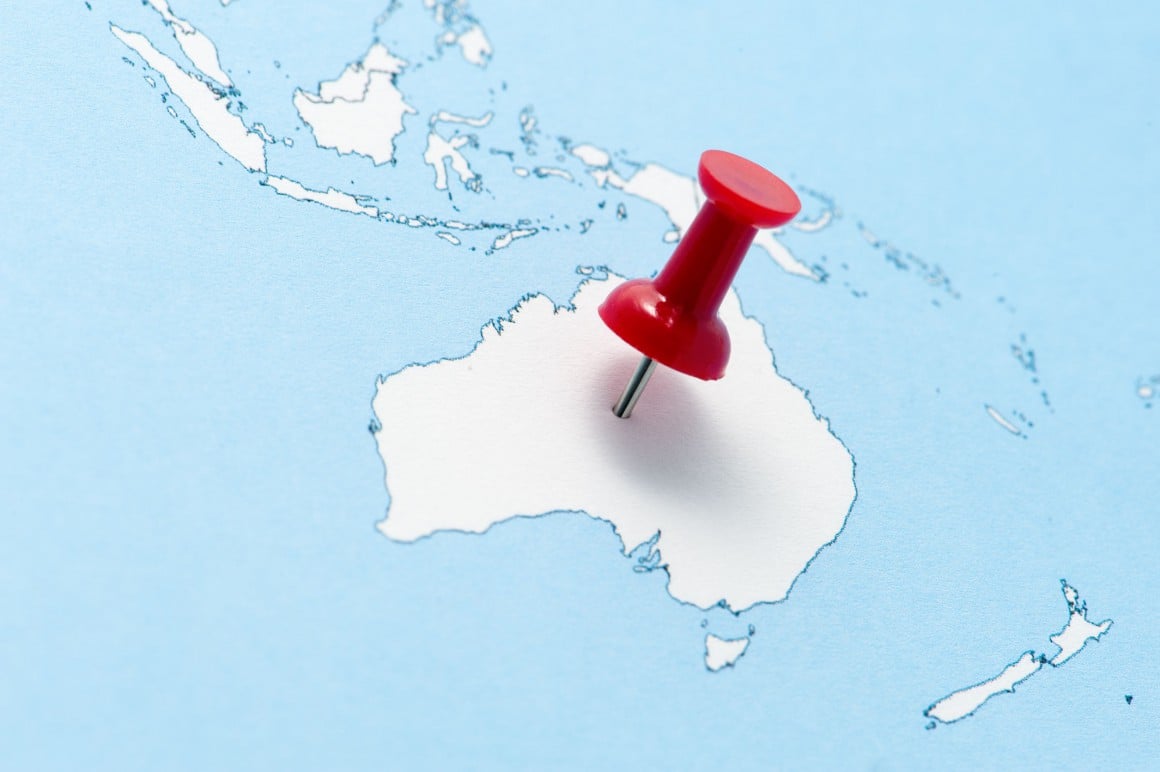 A review by CoreLogic of the recent Census 2016 data on Australian citizenship shows that a high rate of overseas migration has led to an increasing proportion of Australians being born overseas.

Furthermore, it has also resulted in more people living in Australia that are not classified as Australian citizens.

Although overseas migration has been high, nationally, only 10.7% of residents of Australia are not Australian citizens.

Across the states, the proportion of residents that aren’t citizens ranges from 4.4% in Tasmania to 13.3% in Western Australia.

A review of SA2 region data from the 2016 Census shows that nationally, the highest proportion of Australian citizens live in areas of Queensland and Northern Territory.

Many of these regions listed are outside of capital cities and in remote Aboriginal / Torres Strait Islander communities. Of the capital cities only Melbourne and Perth have a higher proportion of non-citizens than Sydney.

The other two areas with the highest proportion of Australian citizens are situated in Hobart and only 3.8% of residents of Hobart are not citizens.

The adjacent table shows the SA2 regions of the country with the highest proportion of residents that aren’t Australian citizens.

Given all of these regions are in capital cities, it would tend to support the fact that migrants prefer capital cities rather than regional areas.

A more in depth look at the locations show that many of them are located within the same areas, or very close to, major universities.

This highlights the strong demand for Australian tertiary education services and that when studying, foreign students tend to live close to the university.

Since the 2016 Census, Australia's rate of net overseas migration has accelerated. 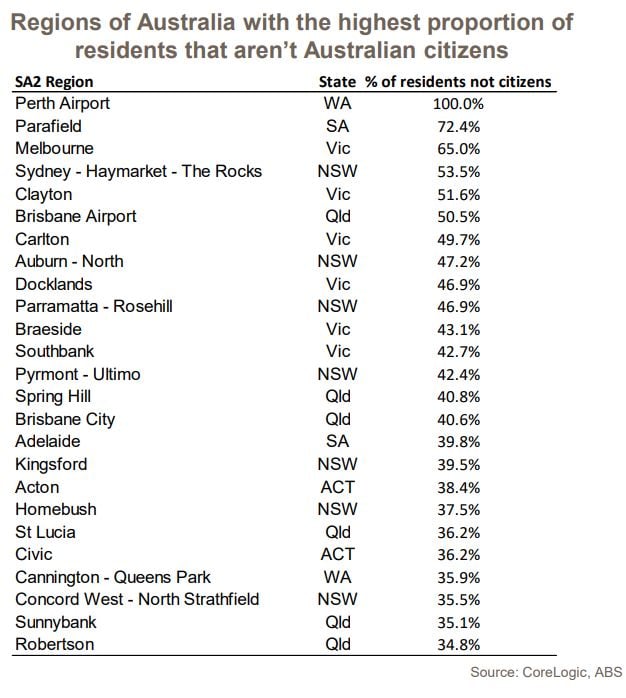 While many weren’t citizens at the time of the Census, they may become citizens and a proportion will leave Australia.

It would be reasonable to expect that by the time the 2021 Census rolls around an even higher proportion of the national population is likely to be non-citizens.