The recently released 2016 Census results revealed the Garden State had the highest increase in population in 2016 of all States and Territories, in part due to Melbourne City becoming the third-fastest growing region in Australia.

It has been less than 10 months since the Australian Bureau of Statistics (ABS) took the pulse of the nation to find out who we are, how we live, what we do, and where we’re headed.

How many people live in Victoria?

The Census has been used to update Victoria’s estimated resident population, which at December 31, 2016 had grown to 6,244,227 people. 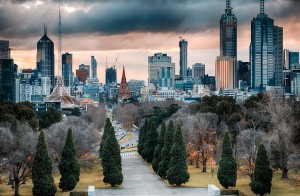 The Melbourne City, stretching from Punt Road in the city’s east, to the Maribyrnong River in the west and as far north as Park Street in Brunswick, recorded a 45 per cent population increase to 136,000 people, up from 94,000 people in 2011.

Wyndham, located on the western edge of Melbourne, was the State’s next fastest growing region, with its population increasing by 56,000 people to 222,000 people (up 34 per cent).

Outside of the Greater Melbourne area, the region of Surf Coast – Bellarine Peninsula was the fastest growing, showing a population increase of 18.4 per cent since 2011.
Bendigo (9.6 per cent) and Ballarat (8.6 per cent) also showed considerable growth since 2011.

More of us were born overseas

More than one in four Victorians (28 per cent) reported being born overseas – more than ever before and an increase from 26 per cent in 2011.

England tied with India for the most common country of birth outside Australia, with both countries accounting for 2.9 per cent of Victoria’s population.

The majority of people (68 per cent) reported that they spoke only English at home in Victoria, a fall from 72 per cent in 2011.

Other common languages spoken in Victorian homes include Mandarin, Italian and Greek.

A total of 47,788 Victorians reported having Aboriginal and Torres Strait Islander origins, an increase of 9,796 people since 2011.

Christianity was the most common religion reported in Victoria, accounting for just under half the State’s population – 2.8 million people, down from 3 million in 2011.

However, of the states, Victorians were the most likely to report a religion other than Christianity, while 32 per cent of people reported they had ‘No religion’, up from 24 per cent in 2011.

Some more stats about Victorians

• There was no change in the average median age in Victoria since 2011 (37 years). This bucks the trend for the rest of the nation, with Australia’s national median age increasing to 38. 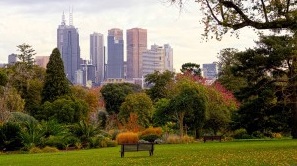 • Victorians are earning more in 2016, with an individual median income of $644 per week, an increase of $83 since 2011, with the Port Phillip Local Government Area recording the State’s highest median income at $1,087 a week.

• The median weekly rent for a dwelling in Victoria increased by 17 per cent over the past five years to $325, while the State’s median monthly mortgage repayment increased by 1.6 per cent ($1,728).