This is what will reduce the fall in house prices

Strong employment and wage growth outlook will cushion the fall in house prices.

Indebted households have very high savings levels which will limit the possibility of mortgage stress.

A small percentage point increase in rates will have a relatively stronger impact on interest payments than when the cash rate started higher.

How far will property values fall now that interest rates are on the rise?

During the gradual tightening cycle between 2002 and 2008, for example, housing prices rose more than 50% (an annual average of 8% year on year).

While we don’t expect to see such a strong run of housing prices through the impending tightening cycle, we do expect the correction in housing prices to be a moderate one, especially when compared with the rapid housing price growth over the last two years. 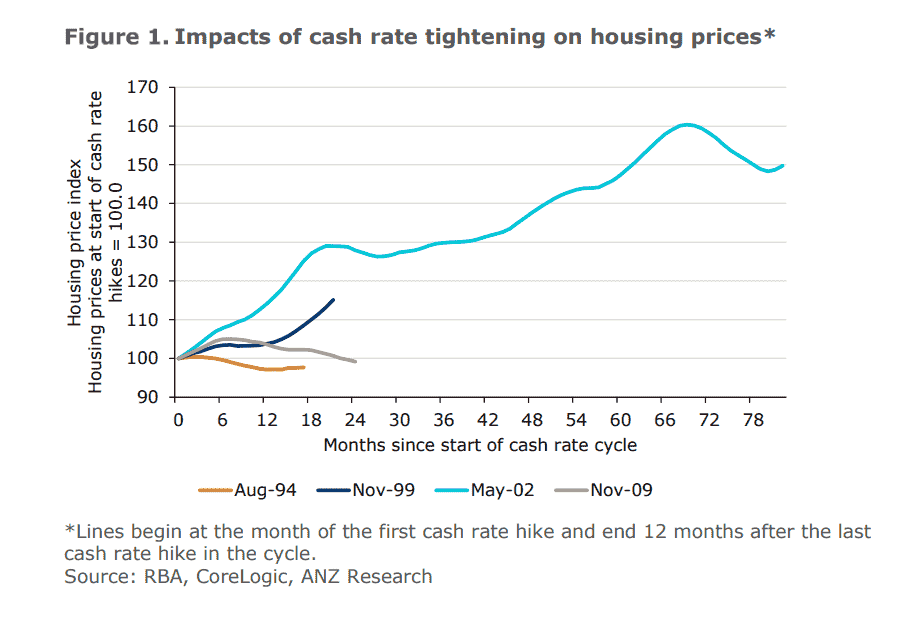 We expect that the strong employment and wage growth outlook will cushion the fall in housing prices.

She explains that the main factors that are different this cycle compared to previous ones are as follows:

What makes this cycle different to previous cash rate hikes?

Household savings have skyrocketed, including among indebted households, which reduces the risk of forced selling as interest payments rise and allows households to buy more housing at a given borrowing capacity.

We expect the average share of household income that goes to interest will stay below the long-term average, even when the cash rate is at 2% (which we expect will occur by the end of 2023).

2. Increased household incomes will absorb some of the impacts of higher rates

Ms Timbrell went on to explain:

We expect wages to continue to accelerate through the impending cash rate hiking cycle, as they did during the 2002–08 cycle.

Moreover, we expect that unemployment will continue to fall, reaching a five-decade low of 3.3% later this year.

This means that some of the impacts of higher interest payments and reduced borrowing capacity will be offset by higher household incomes as interest rates rise.

The current mortgage serviceability buffer requires prospective borrowers to prove that they can afford a mortgage at 3ppt higher than the advertised rate.

This equates to twelve 25bp cash rate hikes and should reduce the risk of forced selling or financial instability as the cash rate rises.

We forecast that the cash rate will reach 2% by the end of 2023, which would equate to a 75% increase in owner-occupier variable mortgage rates (based on current RBA data and our forecasts).

This may lead to a payment shock across some households.

Though for most households, strong savings and wage growth should offset this for the most part. 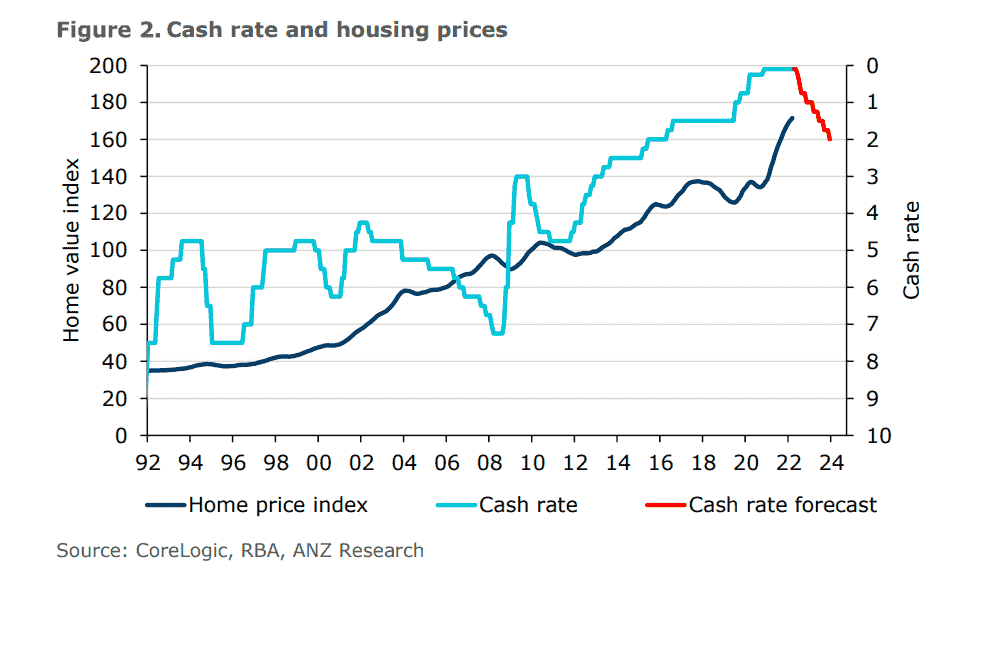 Cash rates are important but are still just one factor

The ANZ report explains that housing prices have fallen in annual terms five times in the last thirty years.

The latest annual dip occurred because of credit tightening in 2017-18, while the four annual declines before that were preceded by cash rate hikes. 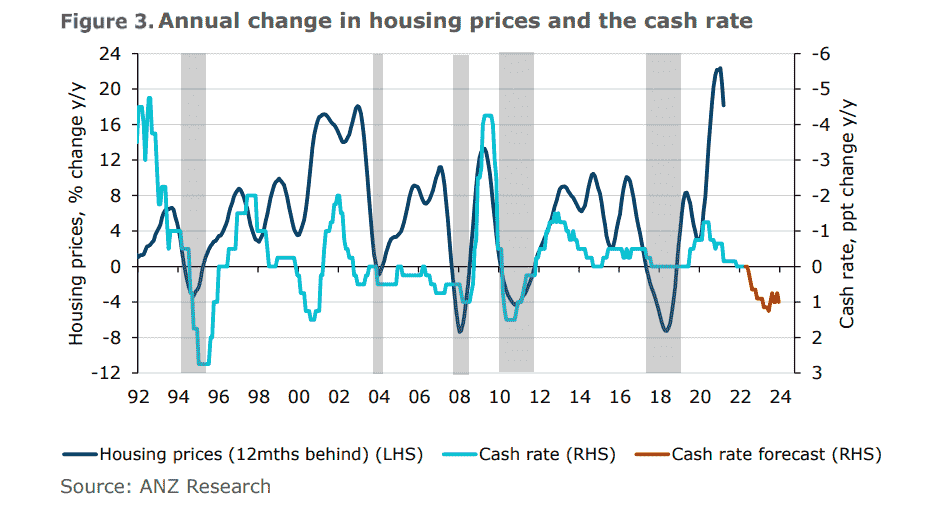 However, housing prices have proven resilient in the longer term despite tightening cycles.

Six months after three of the last four cash rate tightening cycles, housing prices were higher than at the beginning of the tightening cycle, consistent with the idea that the RBA hikes the cash rate during periods of strong economic activity. 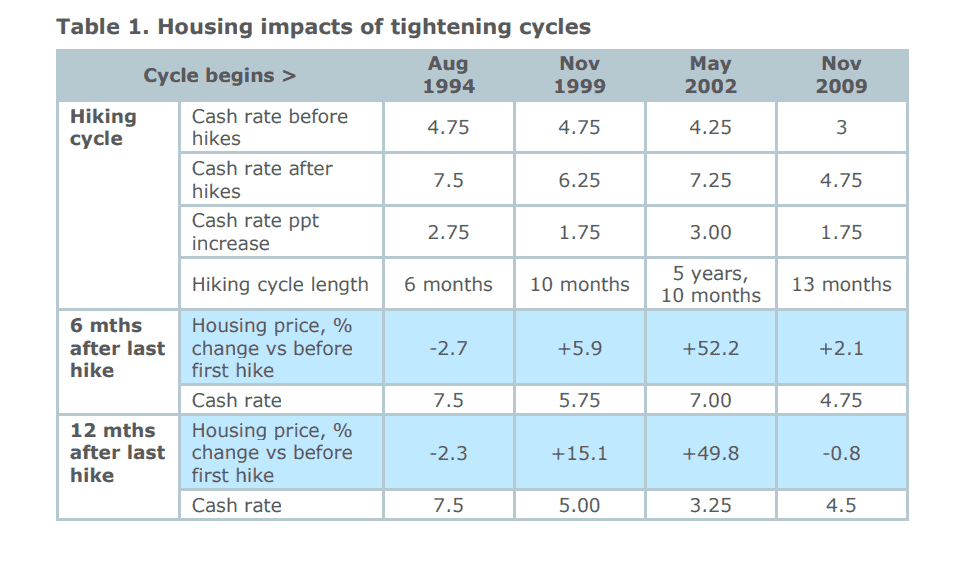