Research by the Property Council of Australia reveal Labor’s policy changes would mean an increase in property taxes of $32 billion over the next decade through changes to negative gearing and capital gains tax.

And according to the research, the end result will be that fewer Australians will invest in property causing rents to rise, which is going to hurt exactly the people Labor are trying to help.

It tenants, who are often prospective first home buyers, are going to have to pay more rent, that clearly going to make it harder for them to save a deposit 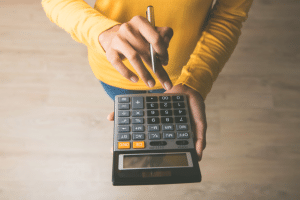 “While noting that current arrangements would be grandfathered, Labor’s costings show there will be a $32 billion impact on property buyers in the future through the removal of negative gearing for established property and the halving of the capital gains discount,” said Ken Morrison, Chief Executive of the Property Council of Australia.

“This is the wrong policy change and the wrong time.

"Property market conditions now are vastly different to those when Labor first announced these measures.

“The Property Council remains concerned that these changes will have a harmful economic impact and questions the assumption that they will be a stimulus to new housing construction.

“Our own research of investor attitudes showed that investors will be less likely to invest in newly-constructed housing under the ALP’s tax changes, not more likely.

33 per cent of investors surveyed said they would probably or definitely buy a newly-built investment property in the next five years under the existing tax arrangements.

This number dropped to 24% under the proposed changes.

“This was a critical new insight, because if less new housing is being created for people to rent it can only mean higher rents in the medium term.

“Housing construction is already falling and is a major source of jobs for Australians. The last thing we want to do is make this worse,” Mr Morrison said.