Unlike in previous global downturns this time around policy responses have been both swift and enormous, including in Australia.

Australia has seen a significant expansion of the central bank’s balance sheet, a rapid move lower for interest and mortgage rates, a raft of stimulus measures which have driven a substantial Budget deficit, and early access to superannuation release bringing a wave of funds into the welcoming hands of households.
Still the extraordinary measures taken to prevent the spread of the virus has had an inevitable impact on the economy, and the Reserve Bank’s ‘uneven recession’ speech delivered by Philip Lowe this week highlighted a few key trends.

Here are half a dozen of the key charts and observations from Lowe’s speech follow.
Job losses have heavily impacted younger and low income households, especially in hospitality, and over recent months small businesses in the state of Victoria have been hit particularly hard due to the lockdown measures. 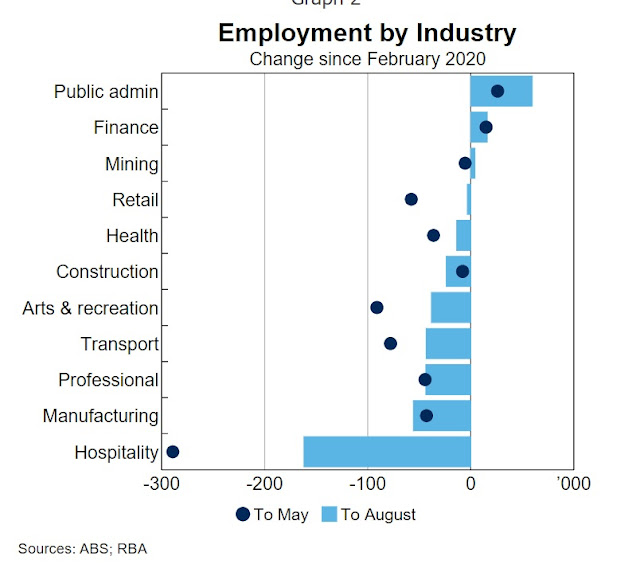 Higher income earners in the public sector, financial services, and mining have been far less impacted, and indeed the highest earning quintile of employees have in many cases benefited. 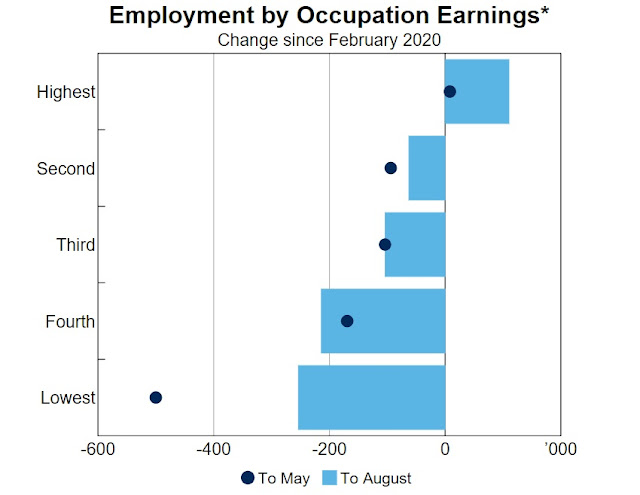 Throw in a quarterly boost of $45 billion from JobSeeker and JobKeeper payments, $34.1 billon from early superannuation release this year, and a thunderous $250 billion of loan repayments put on deferral and suddenly there’s a very different picture afoot.

While retail turnover in some sectors has ballooned (spending is a massive 13 per cent higher than a year earlier outside Victoria) in many cases households have either been unable or unwilling to consume in their normal patterns.
Instead households have chosen to bolster balance sheets with the households saving ratio ballooning to half-century highs at an enormous 20 per cent. 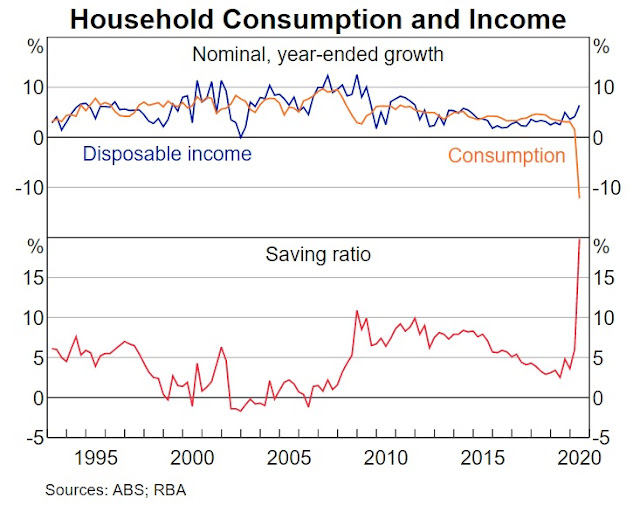 Interest bearing credit card balances have plunged by 22 per cent to the lowest level in 15 years, noted the RBA’s chartists. 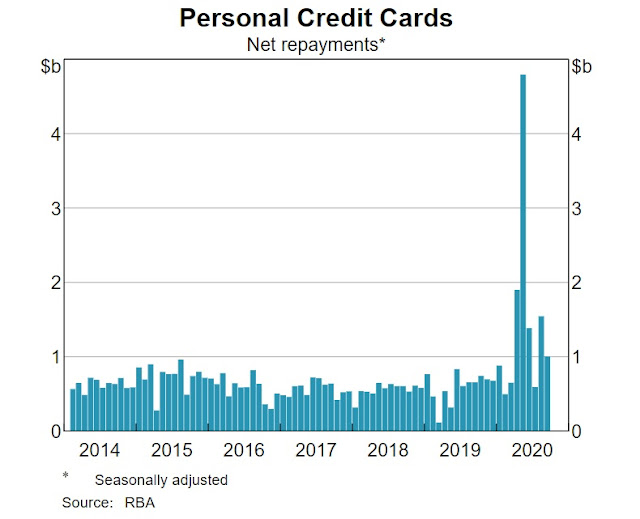 And there’s been a huge flow of funds into mortgage offset accounts, with total balances up 10 per cent since March, which can potentially be deployed next year when confidence returns.
Others have simply opted to pay down the loan principal. 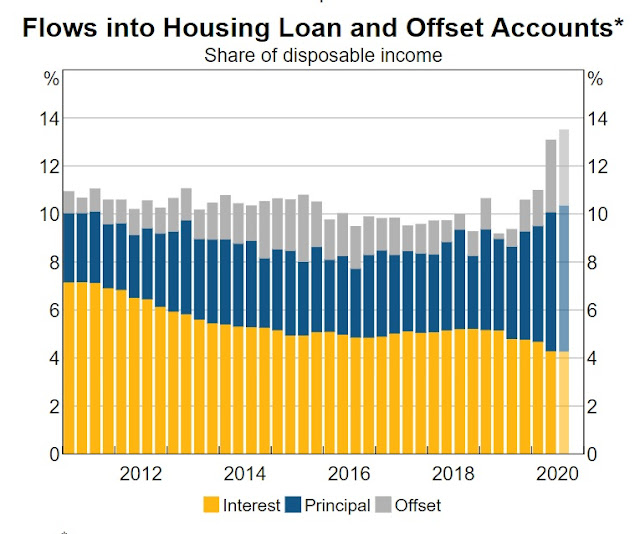 Meanwhile the government can borrow at the lowest ever rates, meaning that substantial deficits can easily be sustained for years to come, especially since the debt across all levels of government is low when compared internationally and against the since of the economy. 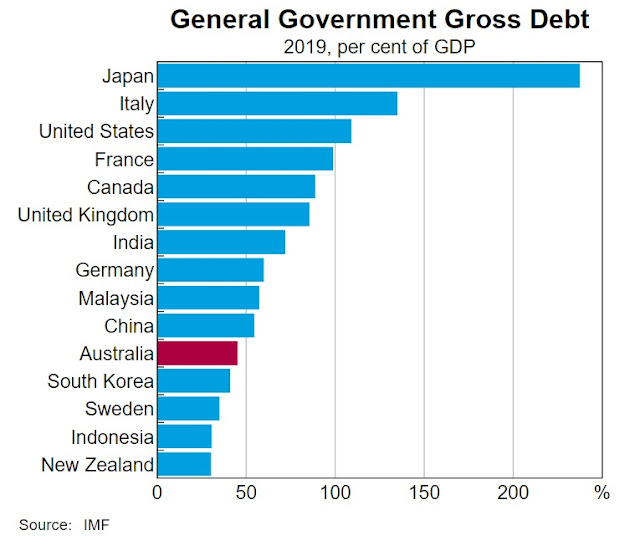 All of the above figures suggest that the economy could quite conceivably come booming back next year as the virus threat fades in an echo of the ‘Roaring Twenties’, with the Reserve Bank seemingly set to deliver further stimulus next month.
The RBA’s Philip Lowe stressed that the cash rate wouldn’t be increased for at least three years, as inflation meandering back to target is no longer deemed to be good enough from this point.
Addressing the high rate of unemployment and returning towards a tight labour market will instead become a matter of national priority.
Lowe also appears to imply that the years of agonising over financial stability concerns will be moved aside in favour of firing up demand.
A very interesting speech with some fighting words; let’s hope they can now pull it off.