Countries across the world have been going through an important demographic transition: from young to increasingly ageing populations. 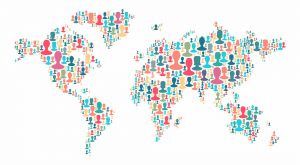 We can see this transition clearly when we look at the population by age bracket in the chart below — this is shown from 1950 onwards, with UN projections to 2100.

In the chart below you can explore the projected age structure of future populations — for Australia or any other country or world region, just click on Change Country in the bottom left.

Going beyond the global perspective, when did this crossover point occur in countries around the world?

The timing varied significantly between countries – in higher income countries with low fertility rates and longer life expectancies, it has been shifting for decades. 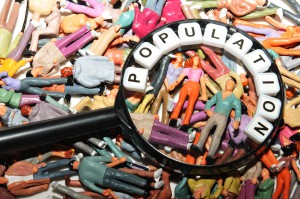 In the United States, under-5s were already outnumbered by those older than 64 by 1966.

For many countries, this crossover point is still to come.

In low-income countries with high fertility rates and lower life expectancy this point is still many decades away: it’s projected that in Nigeria, under-5s will outnumber those older than 64 until 2087.

The number of children under 5 years old is projected to peak and plateau for most of the 21st century.

And as the global population of people older than 64 years will continue to grow, it’s clear that we’re moving towards an ageing world.

Guest Expert: Max Roser  is an economist at the University of Oxford and the founder of Our World in Data

'The world population is changing: For the first time there are more people over 64 than children younger than 5' have no comments