With the US election in it’s last leg of the race, the question begins to loom, what implications the result will have on investors.

This is the topic of Dr. Shane Oliver’s most recent Oliver’s Insight.

Donald Trump as the Republican candidate for president makes the outcome of the 8 November US presidential election of greater significance than normal.

Many would see Trump’s divisive and demeaning comments about certain groups of people, short fuse and erratic nature as rendering him as unqualified to be US president.

This note looks at the main issues and implications for investment markets.

How did it come to this?

This presidential election is very much a contest between an establishment candidate (Clinton) and a populist outsider (Trump). 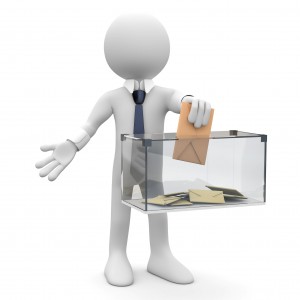 There is much more at stake than in past US elections where the contest was between a centre right and centre left candidate.

The success of Trump has its origin in the same forces that drove the Brexit vote – a backlash against stagnant median incomes, rising inequality, slow post GFC economic growth, a reduced ability to take on debt to boost living standards, rising immigration and the loss of jobs overseas that the political establishment is seen as having overseen.

As is often the case, aggrieved citizens can become attracted to populist politicians offering simple solutions.

Trump’s support base is dominated by white non-college educated males who are aggrieved at the loss of manufacturing jobs in the US, feel they’ve been left behind by the progress of recent decades and don’t like becoming an ever smaller group in their own country.

The key policies of Trump and Clinton are as follows:

Taxation: Trump promises significant personal tax cuts including a cut in the top marginal tax rate to 33% from 39%, a cut in the corporate tax rate to 15% from as high as 39% and removal of estate tax.

Government spending: Trump wants to reduce non-defence discretionary spending by 1% a year (the “penny plan”), but increase spending on defence and veterans.

Trump has spoken of using his business skills to negotiate with creditors if the deficit blows out and has also spoken of eliminating America’s $US19 trillion debt in eight years (oh yeah!). 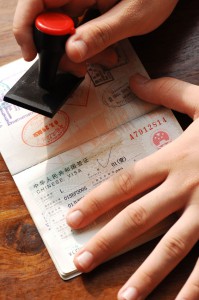 Regulation: Trump wants to dismantle Dodd-Frank financial regulations, return to Glass-Steagall policies that limit the activities of large banks, audit the Federal Reserve and limit its independence and reduce industry regulation generally, particularly on US energy.

Immigration: Trump wants to build a wall with Mexico, deport 11 million illegal immigrants, put a ban on Muslims entering the US and require firms to hire Americans first.

Foreign policy: Trump wants to reposition alliances to put “America first” and get allies to pay more, would confront China over the South China Sea and would bomb oil fields under IS control.

Clinton wants to strengthen alliances and would continue the US “pivot” to Asia (being one of its architects).

First looking at Trump, many of his economic policies could actually provide a boost to the US economy.

The Reaganesque combination of big tax cuts & increased defence and infrastructure spending will provide an initial fiscal stimulus and with reduced regulation, a bit of a supply side boost.

Longer term though the budget deficit will likely blow out and protectionist tariff hikes would likely set off a trade war along with much higher consumer prices and immigration cut backs would slow labour force growth and boost costs.

All of which could mean higher inflation, interest rates and a $US and a hit to growth.

There may also be negative geopolitical and social consequences (tensions with US allies that have to pay more, reduced inflows into US treasuries in return, a more divided America) if Trump follows through with policies on these fronts.

Clinton’s policies would likely also provide a short term stimulus but higher marginal tax rates and more regulation may offset the short term boost. At least there is no risk of a trade war.

But of course this assumes that the winner is willing and able to implement all of their “policies”.

Politicians are well known for dropping more extreme aspects of their policies once they attain power as economic and political realities set in, eg, Françoise Holland in France and Syriza in Greece.

Clinton and Trump would be no different.

But much depends on the outcome of the Congressional elections and the extent to which various checks and balances will click in (at least ultimately!).

In this regard, there are four scenarios worth considering, with some indicative probabilities in brackets:

Following Mitt Romneys defeat in 2012, the Republican’s concluded that they had to appeal more to Hispanics and African Americans.

Trump turned this on its head and went after votes from whites.

While he polls well amongst white non-college educated males he polls poorly amongst females and non-whites.

So a lot depends on turn out and who is more motivated.

So far Clinton has generally polled above Trump with a few ups and downs.

Recently her lead has narrowed and on some polls has closed to give an average lead across leading polls of 44.9% versus 44% as Trump has limited his outbursts and her health scare has had an adverse impact on her polling. 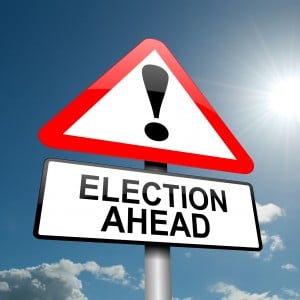 But much depends on so-called battle ground states where Clinton has tended to lead and the Electoral College (through which the president is ultimately decided and which tends to favour the Democrats as it concentrates political power in diverse, wealthier, educated urban areas).

The Democrats also have a superior voter turnout operation.

But while these things favour Clinton it has become a very close call which I would rate as only 55/45 in favour of Clinton.

Furthermore, Trump and Clinton are extremely unpopular candidates compared to past presidential contenders so even if Clinton wins its most likely to be in a scenario where the Democrats lack control of Congress (Scenario B or C).

So a Clinton presidency would most likely see a continued divided government.

So she would have to compromise and work with Republicans.

This would mean that her more left wing policies (more regulation, tax hikes) would not be passed and it would just be “more of the same” (which has not been bad under the last three Obama years and under Clinton in the 1990s).

By contrast a Trump presidency may go hand in hand with retention of Republican majorities in both the House and Senate.

This could provide an opportunity for significant tax reform and reduced regulation, but conservative Congressional Republicans would have to be relied upon to prevent a budget deficit blow out and aggressive protectionism.

While the US President is more limited by Congress on tax and spending he/she has greater flexibility on trade policy and war powers. – it’s in relation to the latter two that the risks would be greatest under a Trump presidency (although it’s doubtful Trump could go as far as raising tariffs on China by 45% indefinitely).

Firstly, some facts. The election year, or Year 4, in the 4 year presidential cycle is normally an okay year for US shares with an average total return for such years since 1927 of 11.2%.

At present the US share market does not appear to have focussed too much on the US election.

If betting markets are any guide investors are assuming roughly a two thirds probability that Clinton will win and I suspect beyond that the Democrats won’t win control of Congress (Scenarios B and C above).

In other words, this would be a continuation of the current situation.

But as we saw with Brexit (and even in the Australian election) betting markets have not been so accurate lately.

So if Clinton wins and Democrats gain control of Congress (Scenario D – unlikely) or the more realistic risk that Trump wins with Republicans continuing to dominate Congress (Scenario A) then it will come as a shock to investors and could cause turbulence in markets at least initially.

For this reason the volatility we have seen in share markets lately could continue in the weeks ahead if Trump continues to rise in the polls as investors fret about his trade and foreign policies in particular.

Beyond the initial nervousness around a Trump victory, share markets could then settle down & get a boost to the extent that his Reaganesque economic policies look like being supported by Congress, but much would ultimately depend on where America goes on trade and foreign policy.

I suspect Congress can be relied on to ensure that Trump does not go off the rails in these areas and economic and political reality would force him to the centre but this would take time.

A “more of the same” victory would likely ensure a smoother ride for investment markets (and be a preferable outcome for the Australian economy given its high trade exposure).

Interestingly since the early 1970s the best outcome for US shares has been a Democrat president with a Republican controlled House of Representatives.

'The US presidential election – Implications for investors' have no comments