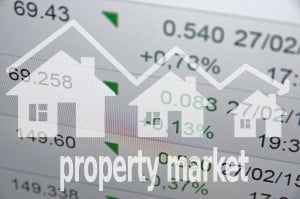 Property data doesn’t tell us everything.

A closer look reveals the various markets going on within the big markets reported by the media.

Daniel Gradwell, senior economist at ANZ Research recently noted that while house prices in Sydney and Melbourne were likely to fall continue falling, when looking a little closer at the data, one can see that not all sectors of the market are behaving the same.

For example, there are differences across types of dwellings: detached house prices in Sydney are bearing the brunt of the falls with prices down 6.1 per cent year-on-year, while apartments are faring better, down just 0.7 per cent. 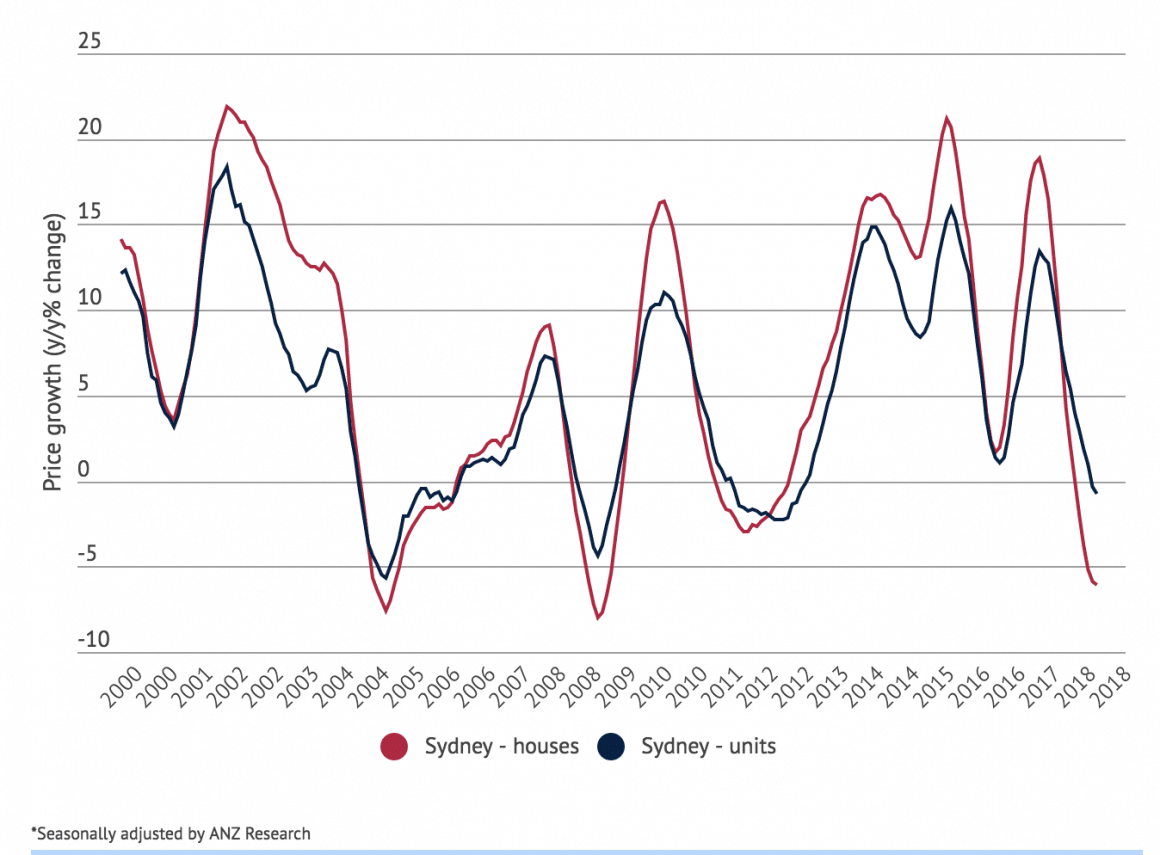 The ANZ report suggests that this may reflect the impact of stamp duty discounts introduced for first-home buyers a year ago.

The discounted rates encourage first-home buyers into the lower end of the market, a price-range which naturally captures more units than detached houses – particularly in metro areas.

The additional demand is supporting prices in this segment.

Similar impacts can be seen in Victoria, where the prices of the lowest 25 per cent of properties have actually increased 9.3 per cent year-on-year, compared with the overall Melbourne market which is up just 1 per cent. 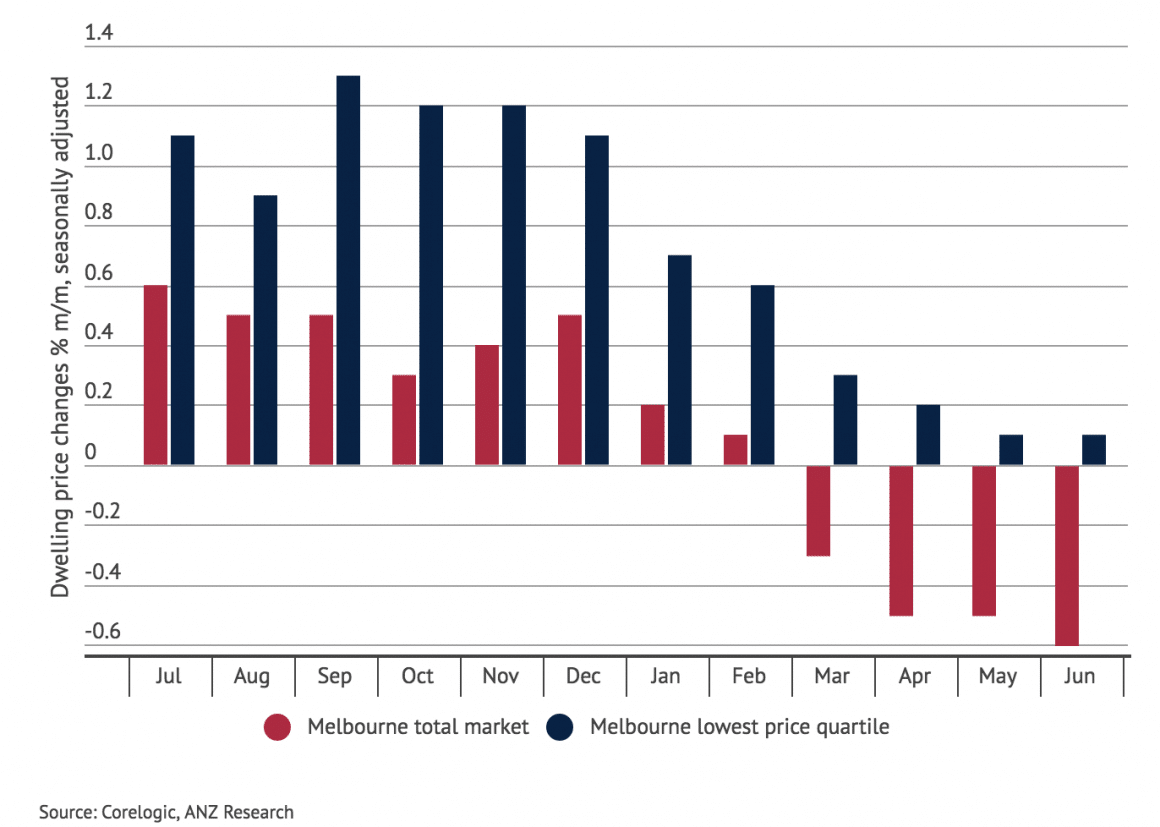 Another theme ANZ Research is seeing is that capital cities are lagging behind regional areas. 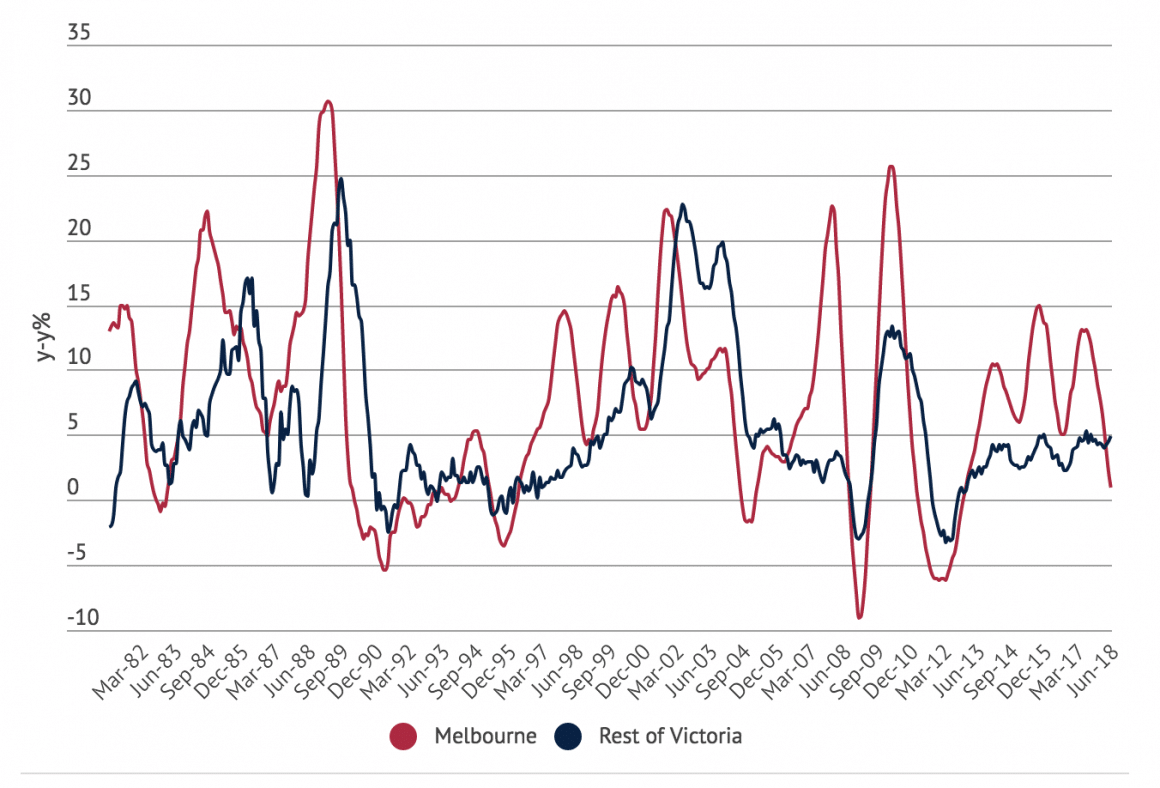 Similar discrepancies can be seen in New South Wales with Sydney prices down 4.5 per cent year-on-year compared with the rest of the state actually being 3.3 per cent higher year-on-year.

This short term trend could be attributed to a recent focus on credit tightening which is having a greater impact on the more highly leveraged Sydney and Melbourne markets compared with the more affordable regional areas.

Prices in the state (excluding Perth) have increased for the past four months which is the best run since the mining boom was in full swing in 2010.

Business investment data suggest the end of the decline in mining investment is nearly here and the prospect of greater stability in the population and employment should provide some support to prices.

But ANZ suggests it’s not time to get too excited yet as house prices are still around 30 per cent lower than the peak a decade ago. 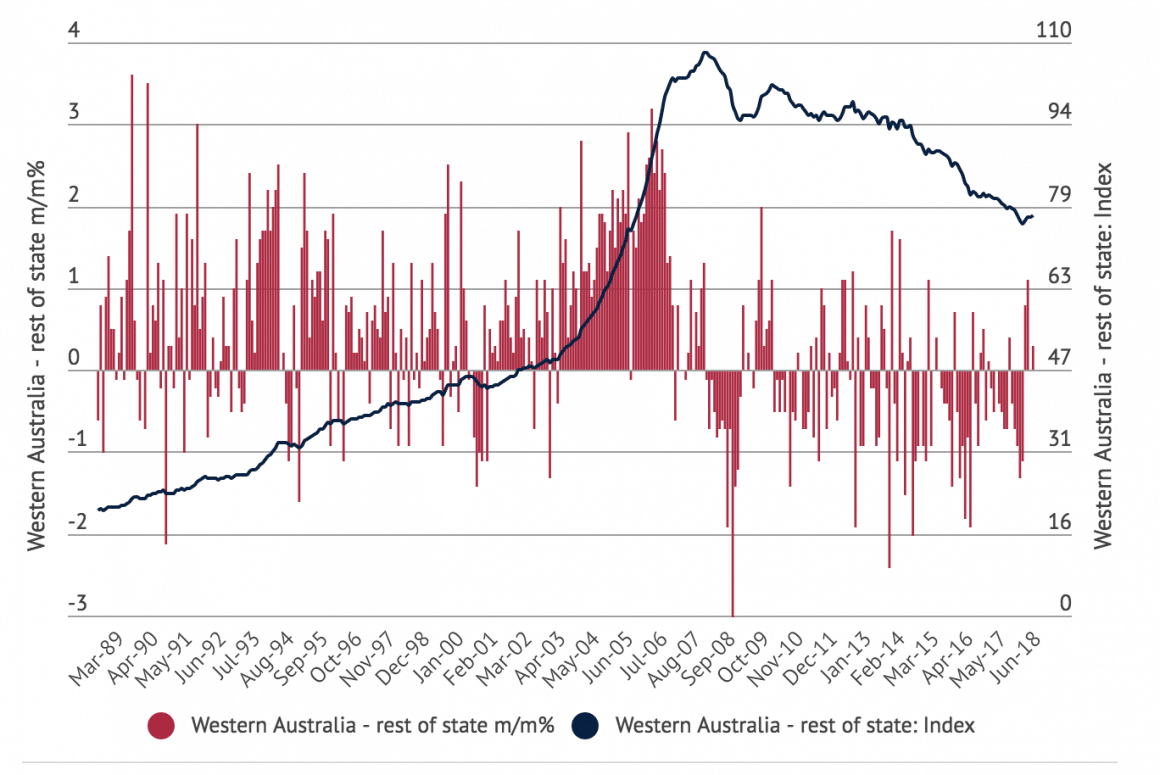 ANZ concludes that these divergences remind us a singular Australian housing market does not exist.

Important nuances are at play across the country and across price points.

While confidence in Australian housing has clearly been retreating in the face of affordability concerns and tightening credit policies, it is important to keep in mind these issues do not affect everywhere equally.

'The secrets hidden in the property market' have no comments