Whilst the talk is about how many of us are living longer and how many more will be living alone in coming years, a deeper investigation finds a somewhat different story.

This Missive looks at the most recent demographic release from the ABS, which predicts the size and shape of our household composition in the decades to come. 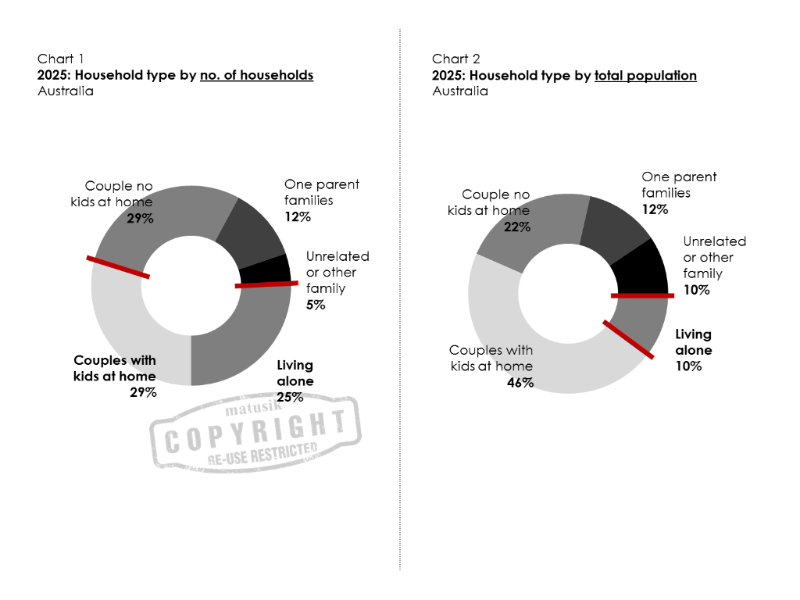 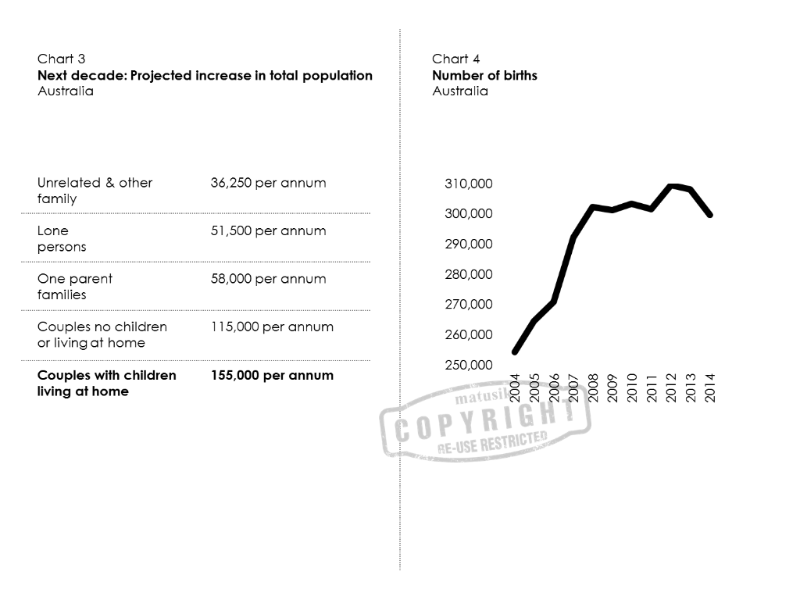 There is little doubt that more people are living independently.

How alone they actually live, I think, is open for debate.

Yet, two thirds of the projected population increase over the decade won’t be the traditional family unit – they include people living alone; single families; unrelated groups or other family.

Also, a higher proportion of single and couple households live in our regional centres than in our capitals.

And when it comes to our capitals, 90% of single households and a further 80% of couple households live far removed from the inner city suburbs.

Whilst some can and obviously do, most, however, cannot afford, nor do they want to move downtown.

There is a substantial need for more compact housing across the country and the biggest need is in our middle/outer suburbs.

There is a need in our regional centres, too.

It is imperative that this housing is affordable.

'The most misread housing demographic statistics' have no comments