The influence of Millennials on our property markets

The much maligned Millennials are going to be a major future influence on our property markets.

The Millennial population, who are typically born between 1981 and 1996, represent the most influential age cohort in today’s residential property market according to the recently QBE released its Australian Property Market Outlook - 2018-2021 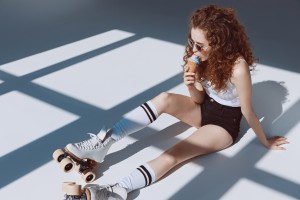 Here's what the report had to say...

The Millennials are a significantly larger group than Generation X, those born between 1965 and 1981.

The oldest Millennials have entered the 25 to 34-year-old age group over the past decade (Chart 1).

Population growth in this age bracket was limited from 1998 to 2008.

However, in the ten years to 2018 the majority of the Millennial population moved into this age group, which resulted in Sydney’s 25 to 34-year-old population increasing by 176,900 and Melbourne’s surging by 241,400.

This population growth helped create demand for the record level of new units and apartments that have been built over the past decade.

Millennials have provided a steady stream of tenants to occupy these dwellings or, for some at least, first-time homebuyers buying more affordable properties in our two major cities. 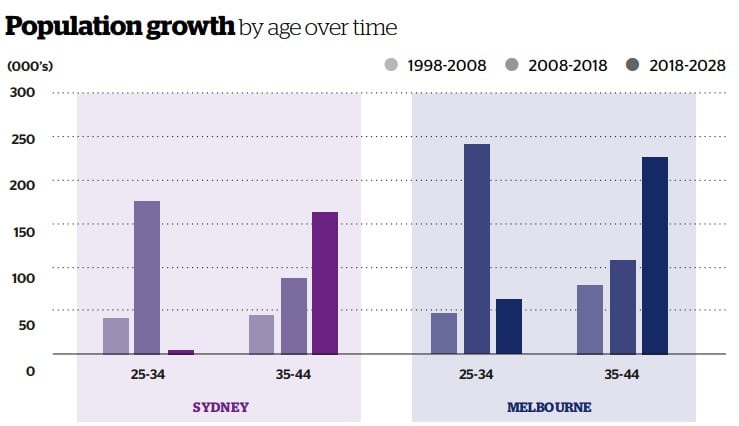 The ageing of the Millennial population over the next decade is expected to create a new dynamic for the residential property market.

Historically, this age segment represents a significantly different life stage to people in the 25 to 34-year-old age band.

Around one third of 25 to 34-year-old households in Sydney and Melbourne are made up of families with children, this increases to around 68% of households in the 35 to 44-year-old age group.

Meanwhile, smaller households such as couples without children and single person households, as well as group households, are much less prevalent among the 35 to 44-year-old cohort. 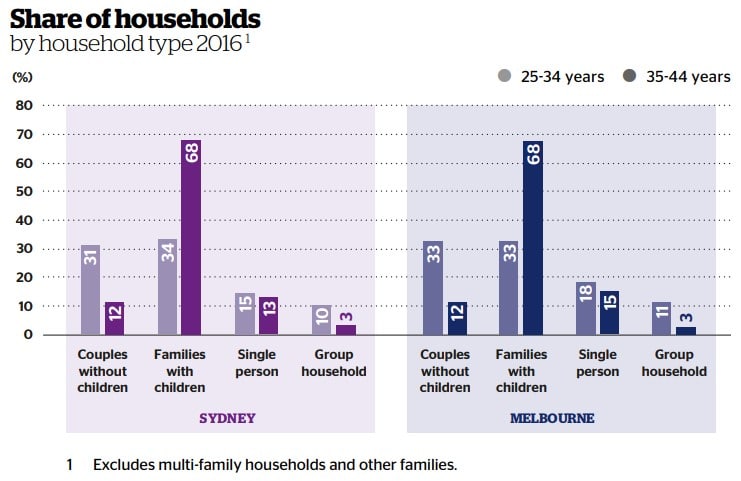 There is also a significantly higher rate of owner occupation in the 35 to 44-year-old cohort.

Around 60% of 25 to 34-year-old households in Sydney and Melbourne rent.

This is almost reversed in 35 to 44-year-old households where around 55% are owner occupiers. 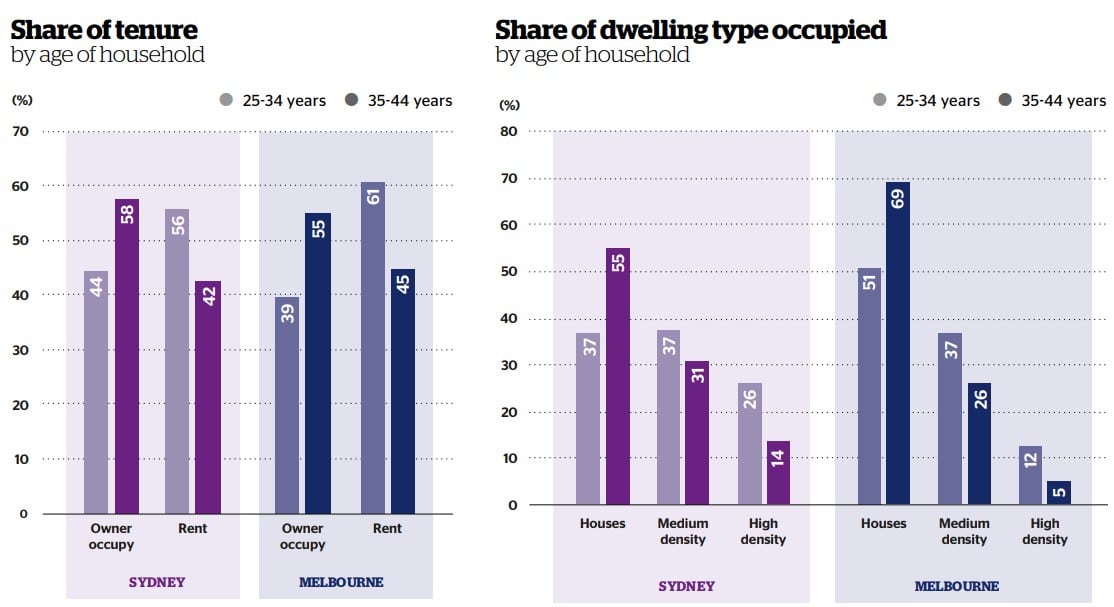 Consequently, it’s likely this family stage of life will bring about a change in dwelling needs as Millennials seek larger dwellings and more of them move from renting into owner occupation. Already, a shortage of appropriate dwellings is evident within Sydney and Melbourne. 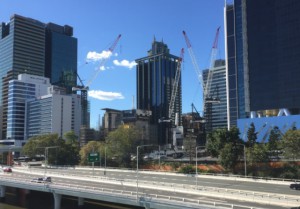 The Inner and Middle suburbs of these cities have been losing 35 to 49-year-olds to the Outer suburbs and Regional areas, where larger dwellings are available at more affordable prices.

The boom in apartment construction over the past decade has been key in accommodating the Millennial population as young renters and first-time homebuyers, but the housing market will need to change again over the next decade to be able to accommodate Millennials in their next stage of life.

Historical demographic trends indicate that they will be looking for larger family dwellings and more of them seeking to buy rather than rent.

Where next for Millennials? It’s not known if Millennials, many of whom now live in the inner suburbs and other highamenity areas, will follow their predecessors into the outer suburbs and regional areas in search of a house or if they will prefer to stay in the inner and middle ring suburbs.

The challenge for the market to accommodate demand from this group is to provide a more diversified range of housing options in a proximate location at an affordable price yet designed well enough to accommodate a family.