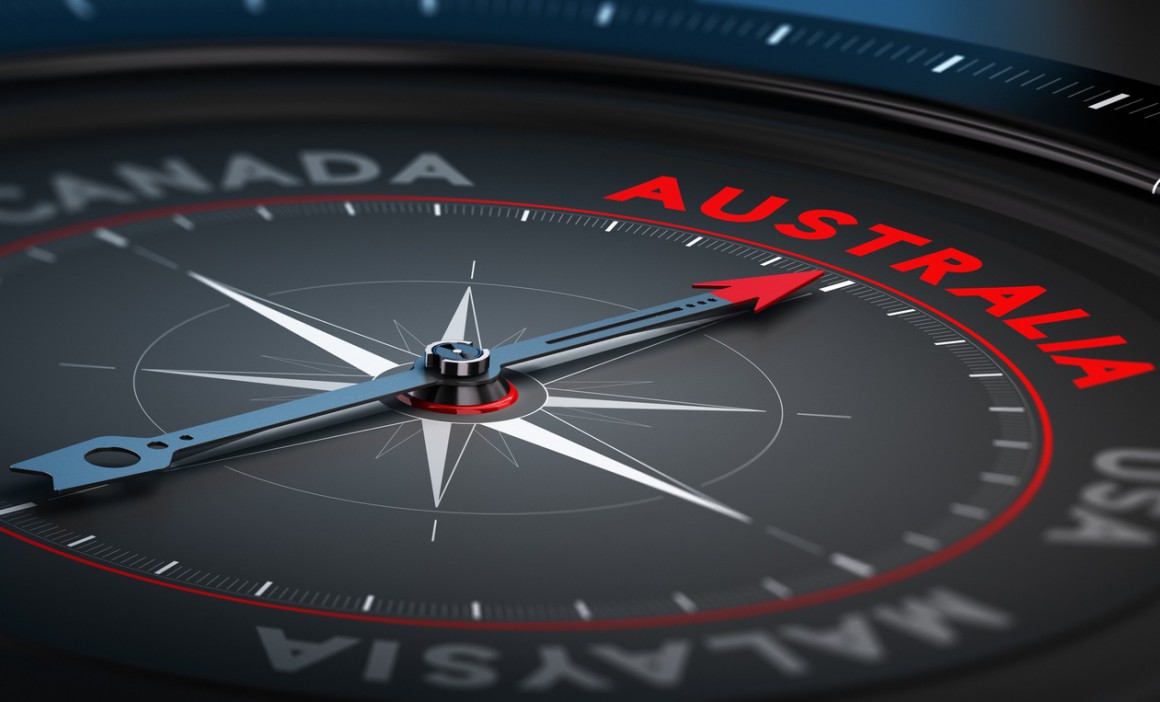 The changing face of migration to Australia

My parents were migrants to Australia.

Today, according to the 2016 Census, over a quarter (26.4%) of people living in Australia were born overseas .

This is an additional 870,263 overseas immigrants since the previous Census in 2011.

But the face of immigration is changing.

The top 10 birthplaces of people born overseas is changing...

Demographers id.com.au have charted the changing nature  of the top 10 birthplaces for people born overseas between the last two censuses - 2011 and 2016 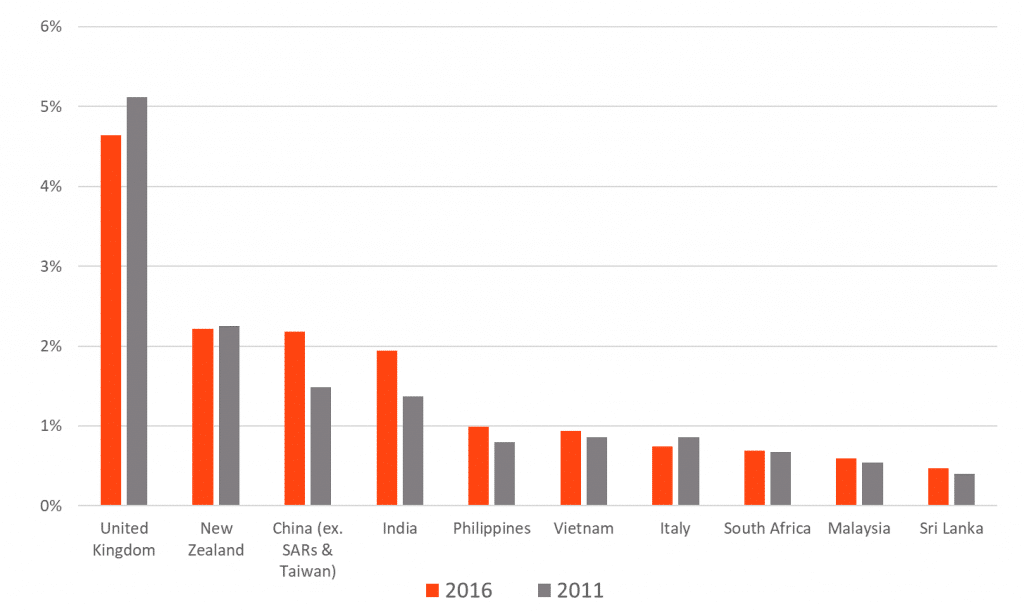 A strong history of migration

Australia has been founded on waves of migration.

Way back to the gold rush of the mid 1800's, through to the post-war migration boom mainly from the UK and Europe (including my parents and me) to the more recent a wave of migration from Asia associated with globalisation and a strong economy.

The chart below from id.com.au shows the year of arrival by selected countries of birth – United Kingdom, China, India, Vietnam, Italy and Greece.

As you can see have been various waves of arrival. 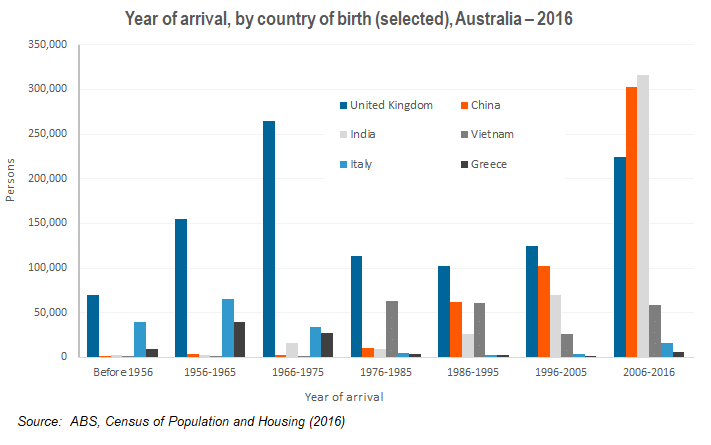 After WW2 the bulk of Australian immigration program was from the United Kingdom.

I still remember the Ten Pound Pom which was the Assisted Passage Migration Scheme, which reached its peak in the 1960s.

As you can see from the chart above over the last decade arrivals from China and India far outnumber those from the UK.

Arrivals from India started to increase from the mid-1960s, and especially after the mid-1980s.