Whatever message my Dad was trying to convey to me, the message I got was that I was stupid.

That single event created a limiting belief for many years.

From that moment on, I believed I was stupid, and so, I got into the habit of not doing my homework or studying. 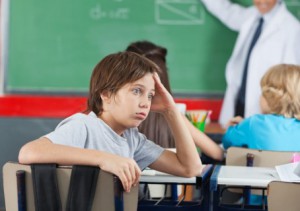 As a result, I struggled academically.

My struggles, however, ended in 8th grade thanks to my very attractive science teacher, Ms. Summers.

After handing me the results of yet another failed science test, Mrs. Summers asked me to stay after class, as she wanted to talk to me.

I had gotten so used to these after class meetings that they no longer bothered me in the least.

They were all the same lecture – “you’re not doing your homework and you’re not studying enough”.

In my mind, homework and studying for tests was a waste of time because I was stupid.

My teachers just didn’t understand that.

But Mrs. Summers did something very different.

Instead, she told how smart she thought I was.

She said she actually thought I was one of the smartest kids in her class.

Part of me wanted to turn around to see if there was someone standing behind me, Mrs. Summers was actually talking to, other than myself.

Mrs. Summers concluded our talk by telling me she was so confident in my intelligence that she expected I would get the highest grade in the class on the next test.

I remember going home on the bus that day.

All I was thinking about was studying for that science test.

I studied for hours every night for that test.

A few days later, when Mrs. Summers handed me the test results, at the very top, in very large numbers was written “99”.

I had received the second highest grade in the class.

Mrs. Summers made me stand in the front of the class and held up my test score for all the class to see.

Then she wrapped her arms around me, hugged me tight and told everyone in the class how smart Tom Corley was.

I’ve had many emotions in my life but that emotion ranks among the highest.

And it’s still with me to this day.

I’m feeling it right now, as I write these words.

And emotions happen to be one of the most powerful catalysts for creating beliefs.

A belief is formed one of three ways:

Occasionally, the influencers in our lives (parents, friends, teachers, supervisors, etc.) can unintentionally cause the creation of limiting beliefs.

“Dan is no good at math”, “Lauren is clumsy”, “If Tom’s head wasn’t attached to his neck he’d forget it in the bathroom”.

Destructive criticism can morph into a a negative belief if the person doing the criticizing is someone you respect, love, like or admire. 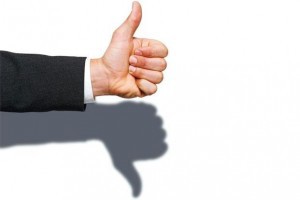 Conversely, compliments can morph into a positive belief if the person doing the complimenting is someone you respect, love, like or admire.

At the core of almost every belief, is an emotion that gave it life.

My newfound belief that I was, in fact, smart changed my study habits for the rest of my life.

I went on to become a solid B+ student the rest of my academic life.

I was even able to pass the CPA exam, get a Masters degree in taxation, and pass the ten-hour long Certified Financial Planning test on the first try.

Your daily habits are joined at the hip, with your beliefs.

If you want to change bad habits, you must change the limiting beliefs behind them.

'The Awesome Power of Beliefs' have no comments