The lion’s share of your property’s value is in the land, therefore you should always buy houses rather than apartments.

Have you heard that one before?

It’s an oldie but a goodie, and harks back to those days when everyone believed a house on a quarter-acre block would always be the most sought after property. 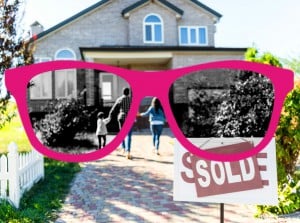 Generally speaking, houses are more valuable than apartments — at least if you’re looking in the same location.

But that doesn’t mean houses are always the best investment, or that apartments are not capable of delivering substantial profits.

Try telling that to the many investors who bought established apartments in the inner or middle ring suburbs of Sydney or Melbourne three or four years ago and who’ve seen the value of their properties increase substantially year after year.

Sure it’s the land component that increases in value, but I’d rather have a tenth of a block of land sitting under my apartment in a top inner suburban location than acreage in regional Australia that has few drivers causing it to grow in value.

In fact, digging deeper and even referring to the ‘Melbourne property market’ is a fallacy.

You see… Melbourne is comprised of dozens of suburbs, and each one operates with different supply and demand drivers and varying fundamentals, which combine to determine the performance of that specific market.

To drill down even further, within each suburb there are usually three or four districts with varying factors related to their location that can impact a property’s value.

A house on the water with uninterrupted ocean views, in a street full of multi-million dollar homes?

Obviously, that’s going to be worth more than a house of the same size, age and quality that is located three streets away in an unkempt cul-de-sac, where the only views are of housing commission flats.

Fact: There is no such thing as ‘one’ property market. Each state has multiple markets created by different geographic locations, different price points and different types of property. So avoid broad generalisations about the property market.

Property lie #3: House values double every decade or so

You’ll often hear people say that properties double in value every 7 to 10 years. 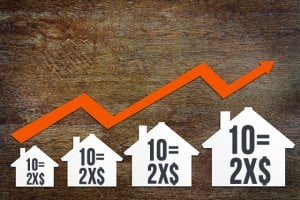 That’s just not true. While the median price in Melbourne and Sydney doubled over the last decade, properties in other capital cities didn’t perform so well.

But I’ve just explained the fallacy of talking about “one” capital city market and when you dig deeper you’ll find that some Melbourne and Sydney properties outperformed their state averages while others underperformed and didn’t double in value.

I guess that’s how averages work.

Fact: Not all property is created equal and you can’t just buy any property and hope it will make a good investment and substantially rise in value. The secret is finding an “investment grade” property that will outperform the averages.

Property lie #4: You should always buy at the bottom of the property cycle

You’ve probably seen the ‘property clock’ which depicts the cyclical nature of the real estate market with midnight representing the peak of the ‘hot market’, and 6 o’clock representing the bottom of the cycle.

At a very simplistic level, it makes sense to buy at the bottom of the market, but that’s not the only factor that matters and in reality the bottom is only one day which none of the experts can pick till the market has moved on.

Sure buying at the bottom of the cycle may mean that you score a bargain — but if that market stays in the doldrums for several years (or longer), then what have you really achieved?

Just ask those who bought in Perth, Adelaide, Darwin or most regional centres a few years ago and are still waiting for those markets to move.

On the other hand, look at Sydney’s recent performance; many properties there have increased in value by 10-20% per year for the last four years.

In fact it’s been a rising market (with stops and starts) since 2008.

But according to conventional wisdom, buyers should have stay away once the market started rising (having missed the bottom), however if you had listened to this advice, you would have missed 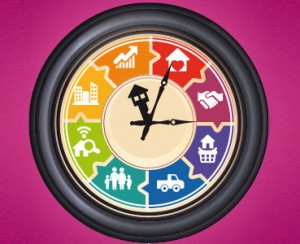 out on substantial profits.

Fact: Buying near the bottom of the cycle may seem like a great idea — it’s what some people call “hot spotting.” I call it speculating!

You make your money when you buy your property, not because you bought it cheaply, but because you bought the right property — one that will be in continuous strong demand by a wide range of owner occupiers who can afford to and be prepared to pay to live there.

Of course, these are just some of the many common “lies” being perpetrated about property — there are dozens more to be wary of.

My point is to be careful about what ‘wisdom’ you believe when analysing the property market and the potential deals within it, as it’s easy to be fooled by fiction dressed up as fact.

'The 4 biggest lies about property investing: Are you being fooled?' have 1 comment