The Sunshine State is back in the spotlight.

In his regular column on Switzer John McGrath has put the microscope on the local trends occurring within each of the Eastern Seaboard’s major capital cities.

This week he follows on by looking at an emerging market – the Queensland property market.

In last week’s column I took a look at the local factors influencing the market in Sydney. 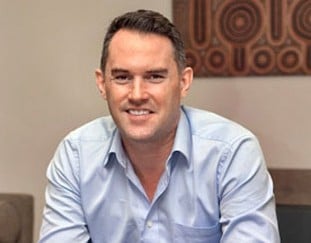 This week, let’s look north to the Sunshine State for a snapshot on what’s happening on the ground in Brisbane, the Gold Coast, the Sunshine Coast and surrounding regions.

Overall, South-East Queensland has shown stability this year with consistent sales activity, however price growth did slow to just 4% along the Brisbane to Gold Coast corridor for the financial year.

The reasons behind this include the lowest net interstate migration in more than two decades; a weak state economy; comparatively high unemployment; and the change of government.

At a macro level, there’s obviously been challenges.

Drilling down though, some areas are experiencing exciting activity.

Low interest rates are encouraging upgraders in the $1 million-plus bracket in premium areas such as Ascot, Hawthorne, New Farm, Bulimba and Paddington.

Many are choosing to keep their existing homes in the $500,000 to $1 million bracket for investment.

First home buyers are also back, buying in affordable suburbs like Mansfield, Salisbury and Belmont where homes are selling faster than anywhere else in Brisbane, according to CoreLogic RP Data.

Solid demand and a shortage of homes for sale in some areas pushed Brisbane’s auction clearance rate to its highest level on record (since 2009) at 50% for the year to August.

Apartments are a different story, with a rising oversupply in inner city areas like West End, Fortitude Valley, Newstead and Hamilton.

Downsizers are snapping up three bedroom properties but the smaller non-descript options are sitting on the shelf.

By August 2015, the gap was $431,500 – the largest gap in dollar terms on record with Sydney house prices 88% higher than Brisbane, according to CoreLogicRP Data.

As a result, we are now seeing a steady flow of Sydney and Melbourne buyers heading north.

Southern investors are chasing capital growth and the highest yields of the major capital cities, while young families are seeking affordability and lifestyle.

Owner-occupiers are purchasing Queenslander-style family homes in blue chip areas where they are paying half what they would in Sydney for an equivalent home.

Many are leasing these properties for decent yields while they look to secure work before moving here permanently.

On the Gold Coast, the sub-$1 million market has been buzzing with a mix of local upgraders and southern investors and seachangers.

It has also been an excellent year for prestige property with the entry level of the region’s Top 50 Home Sales (Gold Coast Bulletin) in FY15 rising to $2.5 million from $1.323 million in FY14.

The China Factor – a key element in Sydney and Melbourne’s booms, is increasingly at play in Queensland and especially on the Gold Coast.

The juwai.com property portal reports purchasing intent up by 1,120% YOY, which is not surprising as more Chinese developers build locally and market their projects directly back home.

Construction on the long-awaited $1 billion Jewel hotel and apartment project at Broadbeach by its Chinese owners began in March and the first non-stop flights from the Gold Coast to China have now commenced.

On the Sunshine Coast, the market is bullish especially above $1 million

Locals who have been waiting out the post-GFC downturn are upgrading now and we are seeing a significant influx of southern seachangers.

Buderim is among the favourites due to its schools; and lifestyle homes are popular in Noosa, Mooloolaba and Sunshine Beach.

The weakening dollar will boost tourism, there are a slew of new infrastructure projects underway and the economy appears to be responding to new political management.

While the Gold Coast has always had a good international reputation, Brisbane is increasingly asserting itself as a sophisticated global city, particularly following the G20 in 2014.

The ‘big country town’ stigma of old has been eroded by a continuing undercurrent of social, economic and cultural change.

Once state economic conditions improve and Sydney slows further, the South-East Queensland property market will be ready to roar.

'Sunshine State property market under the microscope' have 1 comment