And if you've been reading my blogs you'll know that I believe true wealth is what you're left with when they take away all your money.

Having said that my good friend, top-selling author Tom Corley, who conducted a five-year study of the daily habits of the rich and the poor says that the message that money can't buy happiness is not true.

He suggests you've probably heard it from your parents, grandparents, or some family member who are probably  poor or struggling financially in life.

Here's what he found:

The data from his 5-year study on the daily habits of the rich and poor:

Money problems have a ripple effect on your life.

That stress can cause health issues and, even worse, it can negatively impact the lives of your children.

Being rich creates an overall sense of happiness, improves your marital relationships, eliminates stress associated with money problems — which improves your overall health — and enables parents to give their kids a superior education, which lays the foundation for success in life.

So when someone says "money does not buy happiness," they're wrong 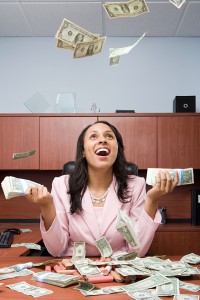 Being wealthy can increase happiness in many areas of life.

Let's take a look at just one of those domino affects caused by poverty: marital problems.

Various studies identify money problems as the leading cause of divorce in our country.

Researchers at Kansas State University surveyed 4,500 couples and found fights about money are the biggest contributors to divorce.

When it comes to marriage, money does buy marital bliss.

Corley concludes that if you want to increase your overall happiness in life, you have to end your poverty.