A preliminary weighted average clearance rate of 69.4 per cent was recorded this week across capital cities compared to 66.6 per cent last week and 65.1 per cent this time last year.

Prior to this weekend the national year to date clearance rate was 67.3 per cent. This is very healthy compared to the 63.2 per cent recorded last year and in 2012 when less than half of all auctions resulted in sales when the clearance rates was 49.1 per cent.

This week a preliminary clearance rate of 74.6 per cent was recorded in Sydney, a significant rise on the 71.1 per cent last week.

In Melbourne there was a preliminary clearance rate of 68.4 per cent recorded compared to 68.3 per cent last week. The Melbourne market has been delivering very consistent results for sellers in the past 4 weeks. 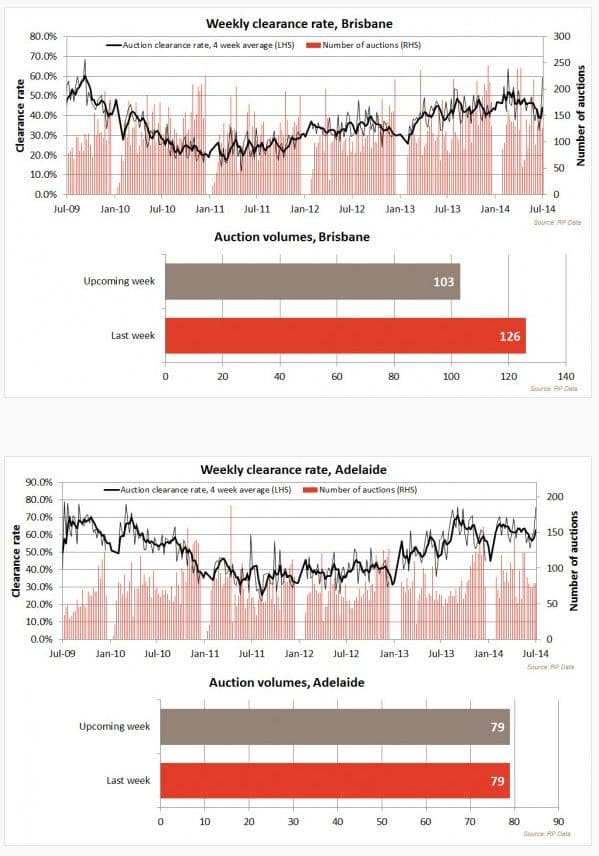