What effects does caffeine really have on you? 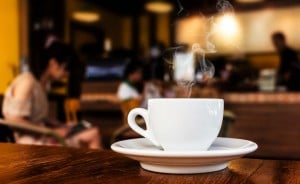 Well…I was sitting at the computer doing my early morning reading with my first cup of coffee (one of my daily habits) and came across  a massive project which summarised more than 250 research studies on how caffeine impacts our mental and physical performance.

After reading through studies from the past century, they discovered conclusively that caffeine enhances our mental and physical performance in pretty much every measurable way.

Caffeine is not without its side effects

It will absolutely cause your energy levels to dip later in the day, and can lead to anxiety and bloating in some people.

But for most, the benefits greatly outweigh the costs.

If you’re looking to boost your mental or physical performance, caffeine will certainly do the trick.

Source: A Life of Productivity