Following a recent series of scandals, Australian economists and industry experts are calling for banks to improve their public image to win back consumers, while a cash rate rise is not as close as initially expected, according to new research by finder.com.au.

The economists and experts shared their views in the latest finder.com.au RBA Survey, the largest of its kind in Australia, will all 33 panellists unanimous in forecasting the cash rate will hold at 1.5% at tomorrow’s (5 September 2017) Reserve Bank board meeting.

The panel were also largely in agreement that banks should improve their public image, with 79% of those surveyed on this topic (19) saying banks are not doing enough to win the trust of consumers.

“The banks have themselves acknowledged that there is a trust disconnect with consumers.

Rate movements out of synch with the RBA exacerbate the problem, especially when reporting season comes along and billion dollar profits are the norm,” said panellist Leanne Pilkington of Laing+Simmons.

Graham Cooke, Insights Manager at finder.com.au, said while a rate rise is looking likely, this is expected to happen later than first thought.

“There’s been no cash rate movement over the last 12 months, however we have seen the estimated date of the next rise push further into 2018, potentially giving some Aussie borrowers breathing space for longer,” he said.

That said, one in three experts expect a potential rise earlier than this, with two economists – Dr Andrew Wilson of Domain Group and Noel Whittaker of QUT – flagging a pre-Christmas rise in November 2017.

Recent cuts to savings rates by various banks are adding to the speculation, said Mr Cooke.

“If we were to see a rise in November, this would not be a good Christmas present for homeowners. Some banks, including Westpac, RaboDirect, ME Bank and ING, have recently reduced their savings rate out of cycle, which may indicate they foresee an impending rise,” he said.

A report released last week from The Committee for Economic Development of Australia suggested housing affordability will be a long-term issue in Australia.

The report’s proposals that relaxing council planning restrictions and replacing stamp duty with a land tax went down well, with 80% of experts surveyed by finder.com.au approving of both recommendations.

Less popular were the proposal to change tenancy laws to favour long-term tenants (68% approval) and increasing capital gains tax, which 58% of experts disagreed with.

With a cash rate rise on the cards, homeowner are being urged to take a closer look at their mortgage rates.

One in two of finder.com.au’s expert panel recommend homeowners check their rates annually, with one in four recommending a more regular quarterly assessment.

“It’s not a matter of if, but when – rates are set to rise. So now is a great time to lock in a low rate on your home loan. We’re seeing many sub-4% rates so if you’re paying more than this, you’re paying too much. Look for a  rate with a three in front of it to know you’re getting a good deal,” said Mr Cooke.

Michael Yardney, Metropole Property Investment (Hold): "The RBA can't raise rates as it would stifle our fragile economy and would lead to a higher AU$. Similarly, it can't lower rates as this would fuel the Sydney and Melbourne property markets. So rates are likely to be on hold for a while."

Jordan Eliseo, ABC Bullion (Hold): "Latest economic data released, including todays CAPEX results, will give the board confidence that the economy is stabilising and set to continue on its trajectory of steady if not spectacular growth. As a result, they'll be confident that they have the appropriate monetary policy in place for now."

Tim Nelson, AGL Energy (Hold): "[The] latest RBA statement on monetary policy states: 'The Bank’s forecasts are little changed from those published in the May Statement on Monetary Policy."

Shane Oliver, AMP Capital (Hold): "The RBA and rates are stuck between a rock and hard place - solid business conditions and labour market indicators along with the RBA's expectations for strong growth argue against a rate cut but subpar growth at present, risks around consumer spending, low wages growth and inflation and the rise in the $A argue against a rate hike."

Alison Booth, ANU (Hold): "The available data do not suggest that any change  is warranted at this stage."

Peter Munckton, Bank of Queensland (Hold): "Interest rates are at the correct level."

Richard Robinson, BIS Oxford Economics (Hold): "Inflationary and wage pressures are weak. RBA would prefer to have a lower dollar, so there is a rationale to cut rates. But RBA fears heating up residential property markets, so it will hold rates."

Craig James, CommSec (Hold): "Interest rates are at a level that will gradually see inflation rise to within the 2-3% target zone."

Saul Eslake, Economist (Hold): "Inflation still below target; unemployment and underemployment below where the RBA wants them to be; currency starting to get into "uncomfortable" territory; but (on the other hand) monetary policy already highly accommodative (and RBA worries about financial stability risks associated with easing further)."

Mark Brimble, Griffith University (Hold): "The economy remains fragile and in need of some support, however other concerns will keep the RBA on the bench for some time in relation to cash rates."

Peter Haller, Heritage Bank (Hold): "The state of the economy means that the RBA is content to leave rates on hold for now."

Shane Garrett, Housing Industry Association (Hold): "There is no pressing need to move rates at this time."

Alex Joiner, IFM Investors (Hold): "No economic reason to shift policy, economic growth and inflation do not require tighter policy and downside risks to the economy currently do not present any case for further easing."

Leanne Pilkington, Laing+Simmons (Hold): "We think the hold pattern remains appropriate. The reasonably strong Aussie dollar, encouraging employment figures and credible results from the reporting season all point to a steady economy, leaving little impetus to tinker with the cash rate at this time."

Nicholas Gruen, Lateral Economics (Hold): "Because it's convinced itself it shouldn't cut more, and it obviously shouldn't raise rates."

Mathew Tiller, LJ Hooker (Hold): "Little discernible change to economic indicators over the past month. Price growth across most east coast property market has moderated and listing number have begun to rise in the run up to spring."

Mark Crosby, Monash Business School (Hold): "Aside from political tensions in North Asia nothing to move the RBA in either direction. Weakening of the USD makes the case for imminent rises less compelling, and no reason to cut."

Chris Schade, MyState Bank (Hold): "Interest rate settings remain appropriate. Economy is performing a little below trend, inflation remains well contained, and the Aussie dollar is higher than the RBA would like. Holding rates at their current highly accommodative level is appropriate to allow the economy to continue to gain momentum over the coming couple of years."

Jonathan Chancellor, Property Observer (Hold): "The board will be happy to take their hold position into the second year as there's no elevated cause to move one way of the other."

Noel Whittaker, QUT (Hold): "I don't think they are ready to lift yet – but they will be thinking about it." 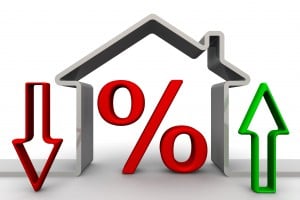 Nerida Conisbee, REA Group (Hold): "Economic data continues to be too mixed to move either way."

Christie Williams, Smarter Property Investing (Hold): "Our Big 4  financial institutions are at or under APRA's 30% investor home loan limit whilst continuing to grow their home and investor loan books."

Brian Parker, Sunsuper (Hold): "Nothing in the data or the RBA's commentary that points to a move."