Today's tip is nothing.

Or more specifically about 400 words about nothing. 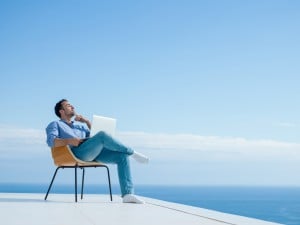 Modern society seems to pride itself on busyness.

And individuals are no different.

You don’t have to wait long in a conversation for most people to tell you how busy they are.

Important people wear being business as a badge rather than as something they should try to avoid.

It could, and often is, interpreted as “Steve must be important because he is always busy”.

And in fact, rather perversely we try to make things less labour intensive and at the same time expend more labour actually trying to save labour.

Look at the unemployed.

Whether you think it is voluntary, in which case doing nothing is frowned upon, or if they are rich, then a deserved luxury.

The rich may be idle, doing nothing, but they don’t just sit around watching TV all day.

Alternatively, if the unemployment is involuntary then we have a degree of sympathy, “those poor people sitting around doing nothing”.

You hear a lot in markets about doing nothing.

Here, it is assumed that doing nothing is the best way to make money – a positive.

But it’s not that simple.

Doing nothing is really an active decision taken hopefully with thought and consideration about choosing whether it is prudent to take action or, indeed, do nothing.

Doing nothing when the market is crazily expensive is, in my mind, a recipe for disaster.

We know markets crash and to sit there and watch it when we have plenty of evidence about market crashes strikes me ludicrous.

On the flip side doing nothing after you have invested around the market low is a splendid idea! 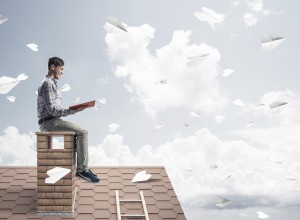 Our choices about when to act and whether to act is not a simple case of do-nothing like many in the finance sector tell you.

It is about thinking through a range of options and then making the considered decision to not take action.

That is, do nothing.

If you choose a do-nothing approach when appropriate, then you will increase your chances of having success in your investment journey.

But doing nothing all the time will most likely be to your detriment.

See, I told you it was nothing.