Today we look at their finding for the Queensland economy.

And the good news is that the ANZ Stateometer shows Queensland is recovering, although not yet at its trend growth rate.

Improved conditions in the labour market (along with a pick-up in the household component) are behind the June quarter movement, with both sectors becoming less of a drag on the index.

The trade sector and business continued to have a positive influence on the index. 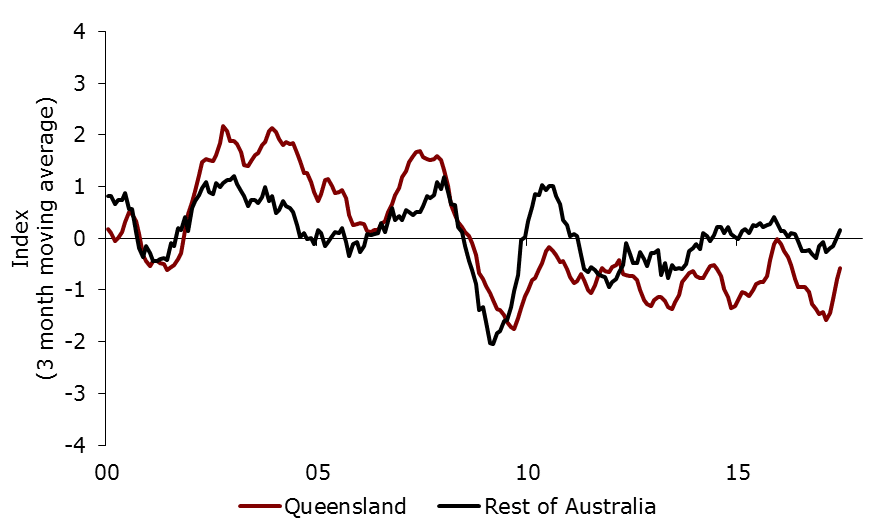 A TALE OF TWO HALVES

If the century so far were divided into two, Queensland is the state that most obviously performed above its average over the first half and consistently below over the second.

The strong run-up in coal prices, its popularity as a destination for overseas visitors, and strong population growth as the sea-changers headed north fed its success in the early 2000s.

Since then, luck has not favoured Queensland quite as much. Coal prices slipped (although have recently partly rebounded) and together with a number of extreme weather events, stressed the state’s finances.

The property sector over-catered on the expectation that strong population growth would continue indefinitely, which it did not.

The depreciation of the Australian dollar over the 2011 to 2015 period (which has been only partly unwound) has also helped non-mining exporters and import competing firms and aided in diversification of the economy.

Queensland businesses have pointed to increased use of capacity and are reporting that conditions are at the highest level since the GFC. 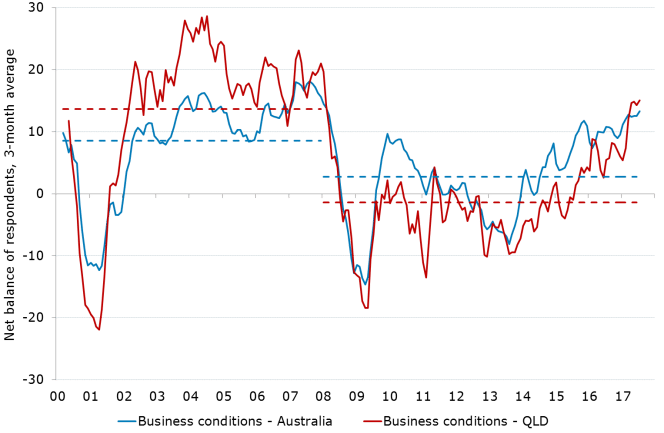 EMPLOYMENT PICKS UP, BUT ITS NOT FULL-TIME

While businesses are feeling more confident, they are only using up spare labour slowly.

Employment growth of 2.7% over the year to July is respectable, but Queensland’s unemployment rate of 6.3% is higher than all other states and territories, except SA.

Most of the employment growth has been part-time.

It’s up 8.3% compared to full-time employment growth of just 0.3%. Average hours worked continues to fall, unlike in its larger southern neighbours where there appears to be a stronger turnaround. 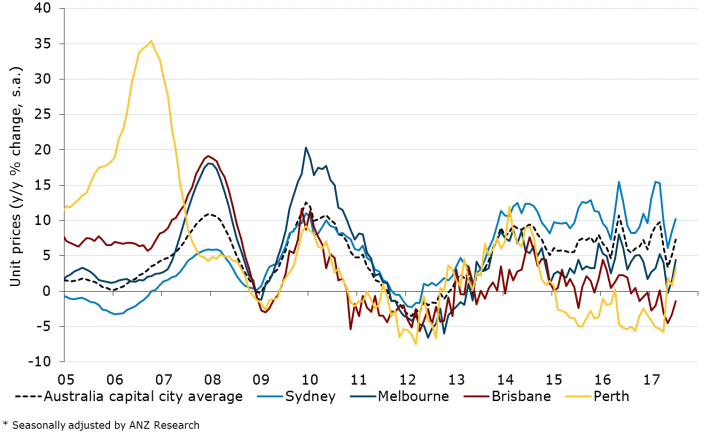 Dwelling price growth in Brisbane has been far weaker than in Sydney and Melbourne, and in the past year Brisbane unit prices have fallen 3.3%.

Dwelling prices have fallen much more severely in some of the mining towns.

Dwelling approvals suggest new building has the potential to add 40-50% to the total apartment stock over a five-year period.

Like Melbourne, Brisbane has around 1½ years’ worth of construction already underway, almost double the average backlog prior to the GFC.

But unlike Victoria, Queensland’s population growth rate has slowed.

Spare capacity in the labour market and unit-price declines have clear implications for household income and wealth. This is evident in the retail trade data. 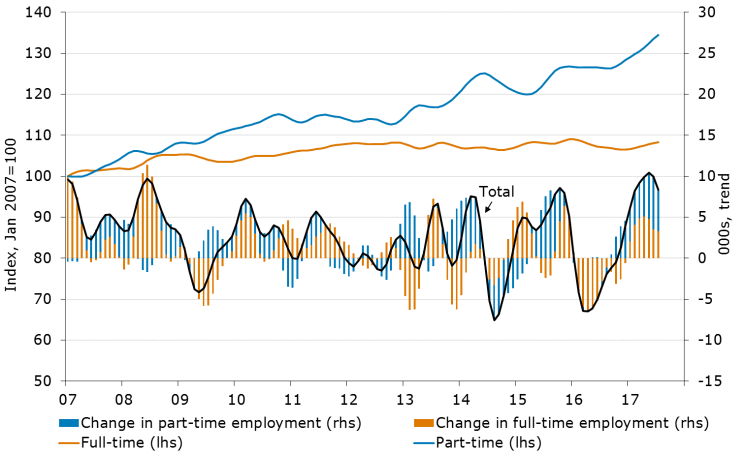