Australia’s real estate resilience continued its reign through the September 2021 quarter, according to the latest CoreLogic Pain & Gain Report.

The rate of profit-making resales across Australia rose to 92.4% in the September 2021 quarter, up 0.5% from the June quarter.

The three months to September saw the highest level of profitability on resales in more than a decade.

It was another remarkable result given this quarter was marked by lockdowns across Sydney, Melbourne, and the ACT.

The increase in the rate of profit-making sales is a reflection of strong capital growth across Australian dwelling markets despite COVID-induced disruptions to transaction activity.

The three months to September was the fifth consecutive quarter in which the rate of profit-making sales across Australia increased.

The report analysed around 99,000 dwelling resale transactions during the period, down from 106,000 resale events in the June quarter, which is the result of social distancing restrictions, particularly the inability to physically inspect property across Melbourne, weighing on transaction activity.

Both the combined value of profit and loss fell through the quarter, but the decline in total losses was more rapid.

Resales had a typical hold period of 8.8 years, which was consistent on the previous quarter.

However as the market finds a peak over the next couple of years, this may incentivise more resales and we may see the average hold period shift higher, as more owners look to cash in their long-term gains.

Properties held for more than 30 years had the highest median gain of just over $745,000.

However, the highest nominal gains per year were achieved by those on the other end of the spectrum, who have held the property for two years or less.

The median gain on resales of property held for less than two years was $120,000.

Pain and Gain across Australia’s regions 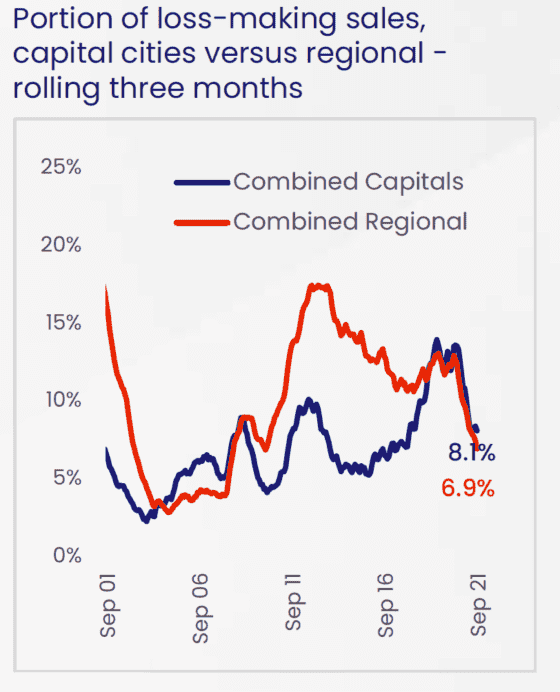 Regional Australia had a higher rate of profit from resales, at 93.1% in the quarter, but the combined capitals also had a fairly high rate of profit-making sales at 91.1%.

Both broad regions saw an increase in profitability over the quarter, but regional Australia has seen a more rapid increase in the rate of profit-making sales, and this trend is likely to continue as regional dwelling growth saw momentum ramp up toward the end of the year.

Reflecting where we’ve seen values surge the most over the Covid period to date, sea change and tree change properties proved among the most profitable over the quarter.

Of all the SA4 markets analysed across Australia (of which there are close to 90), the highest portion of profit-making sales was in Bendigo, at 99.8%.

Seachange and tree change markets have seen immense price growth over 2021, as the prevalence of remote work amid the pandemic, the relative affordability of regions and the potential for retirement decisions being brought amid labour market disruptions contributed to elevated levels of migration to regional Australia through 2021.

Resource-based markets generally had higher levels of loss-making sales, but are showing the most rapid signs of improvement.

Across the six major resource markets analysed, the total incidence of loss-making sales fell from 32.5% in the June 2021 quarter to 29.2% in the three months to September.

In addition to low interest rates expanding the available credit for housing, increased economic output has led to a sharp increase in commodity prices and mining investment activity, which has supported employment and housing demand.

Factors related to the pandemic exacerbated demand for housing in resource-based markets over the course of the year.

These factors included restrictions on interstate travel, which in some instances converted ‘FIFO’ working arrangements to resident workforces, and the increased desirability of regional markets through the pandemic, which may have attracted residents who are not in the resources sector.

However, the gap between house and unit profitability is narrowing. 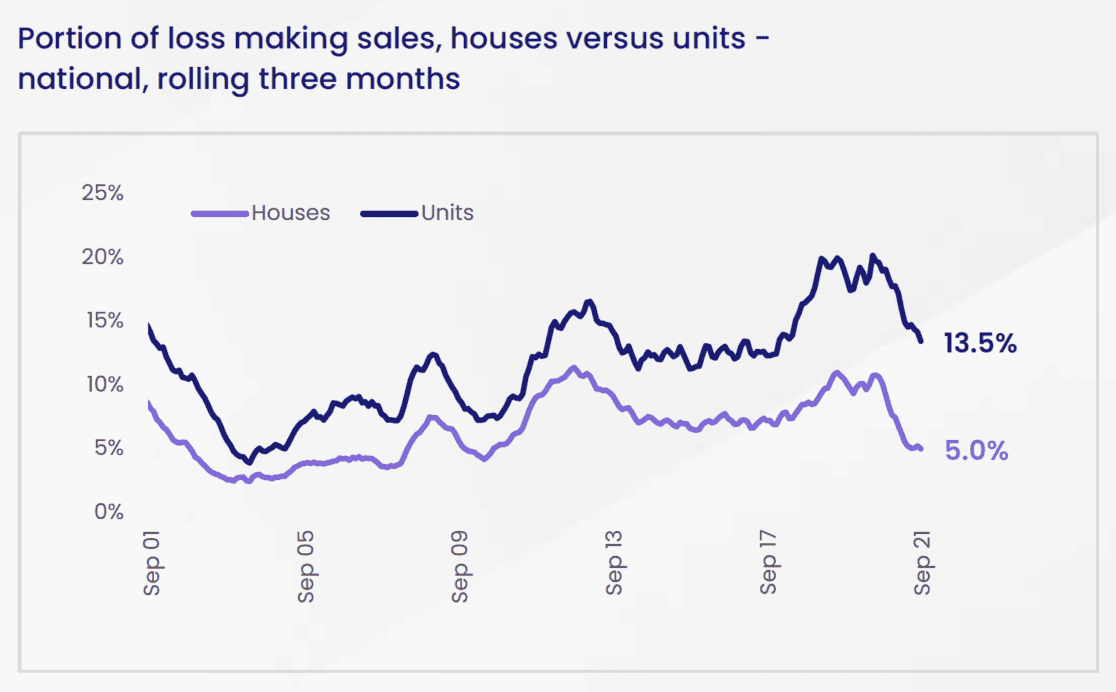 With dwelling values showing further increases nationally through the December 2021 quarter, the portion of profit-making sales is expected to continue rising in the coming quarters.

However, there are accumulating headwinds for property market performance in the coming months, in the form of a higher supply of advertised stock, normalising interest rates, affordability constraints, and the possibility of tighter lending restrictions.

A downswing in Australian housing market values would ultimately impact the profitability of resales, particularly for recent purchasers. 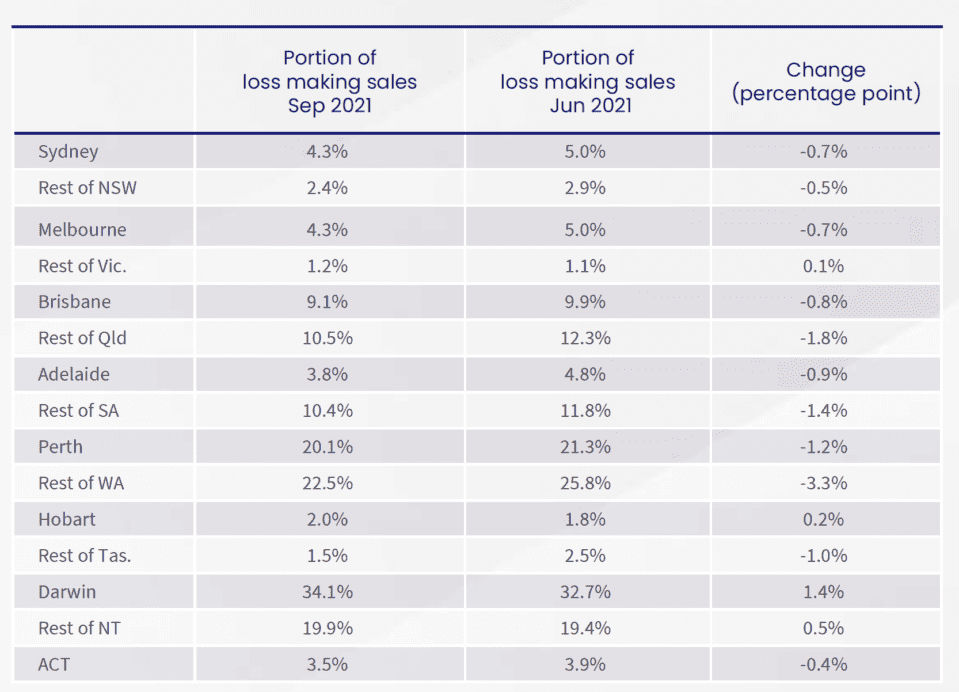 ALSO READ: 2022 — A list of lists regarding the macro investment outlook