Have you ever wondered how certain people become so rich and successful?

Well, if you’ve been listening to my podcast or reading my blogs and my books, you’d know that rich people don’t become rich by luck or by accident.

Becoming rich requires hard work, dedication, and a certain set of habits. We are what we repeatedly do.

That means excellence isn’t an act, it’s a habit.

My friend Tom Corley spent five years studying millionaires and gathering insights that become the basis of his blogs and books, including the book we co-authored: Rich Habits, Poor Habits.

He found that people who became wealthy practiced certain habits, and that’s what we’re going to discuss today.

Since there are so many habits, we’re going to break this into a two-part series, and today we’re going to start with the first group of habits that the rich do that differentiate them from the average person.

Of course, not all rich people are successful, and not all successful people are rich; but remember I was much younger and more naïve then and wanted it all.

So I tried to understand why some people were rich while others kept struggling financially.

Over the years I attended many seminars, paid mentors, and read as many books as I could on the topic of success.

It wasn’t easy, I’ve had my challenges in life (mostly self-inflicted) and I’ve hit rock-bottom, but I got up again, learned from my mistakes, and moved forward.

And over the years I’ve mentored more than 3,000 successful (and some not so successful) investors, business people, and entrepreneurs.

In fact, a by-product of this is our top-selling book – Rich habits Poor Habits

In it, Tom Corley and I explain…

Being rich has little to do with the money itself

So if you want to become rich, one of the first steps is to know how the wealthy think about money differently than you do and to start thinking like them.

The next step is to take action and to let the action become natural by thinking the way wealthy people think.

The first of the 21 Success Habits of The Rich ….

Successful people align themselves with like-minded people. They understand the importance of being part of a team. They create win-win relationships.

“It depends what your focus is as to what you see.” – Michael Yardney

“2020 taught us the importance of that. How many people who had multiple income streams – such as you, such as me – still had a really good year, while those who were dependent on one income stream, unfortunately, found that dried up.” – Michael Yardney 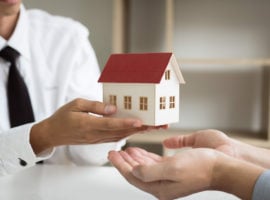