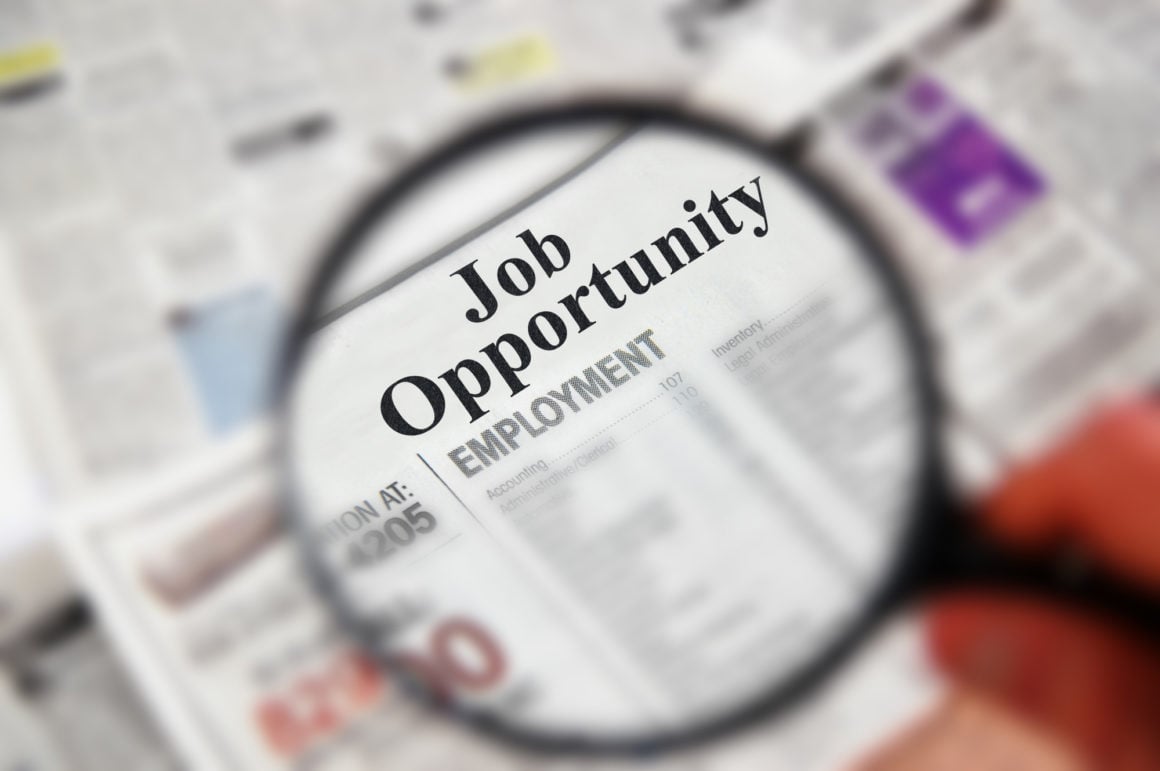 Jobs boom could lead to another significant rate hike next month

The latest jobs and unemployment figures are in, and there is nothing there to dissuade the RBA from raising rates by another 0.5% in July and maybe even August as the jobs market tightens at a time interest rate remains well below the RBA’s nominated 2.5% neutral rate.

The ABS reported a steady headline unemployment rate for the third straight month – which is the lowest since 1974 – but the overall figure masked very strong jobs growth after employment increased by 61,000 in May and left the jobless rate at 3.9 per cent.

This is the tightest labour market in 40 years and will add to the upward pressure on wages growth in the month ahead. 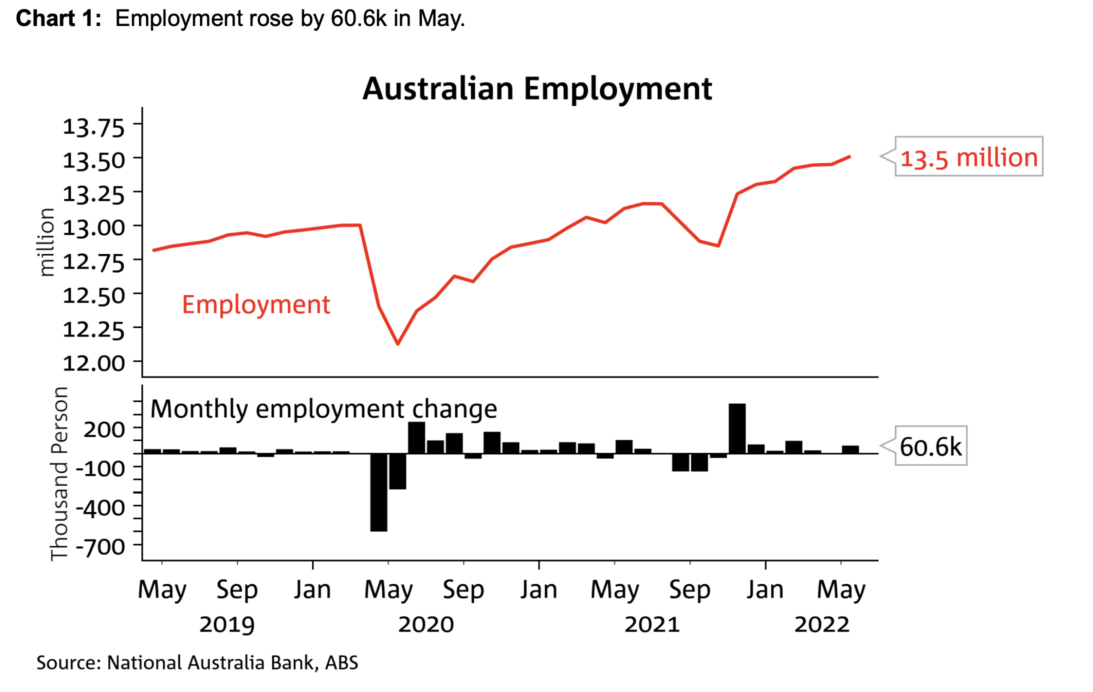 The number of full-time jobs jumped by 69,400, while part-time jobs fell by 8700, according to the seasonally adjusted figures.

The key jobless measure would have dropped were it not for an influx of people into the workforce, as the participation rate jumped to a record high of 66.7 per cent, from 66.4 per cent in April. 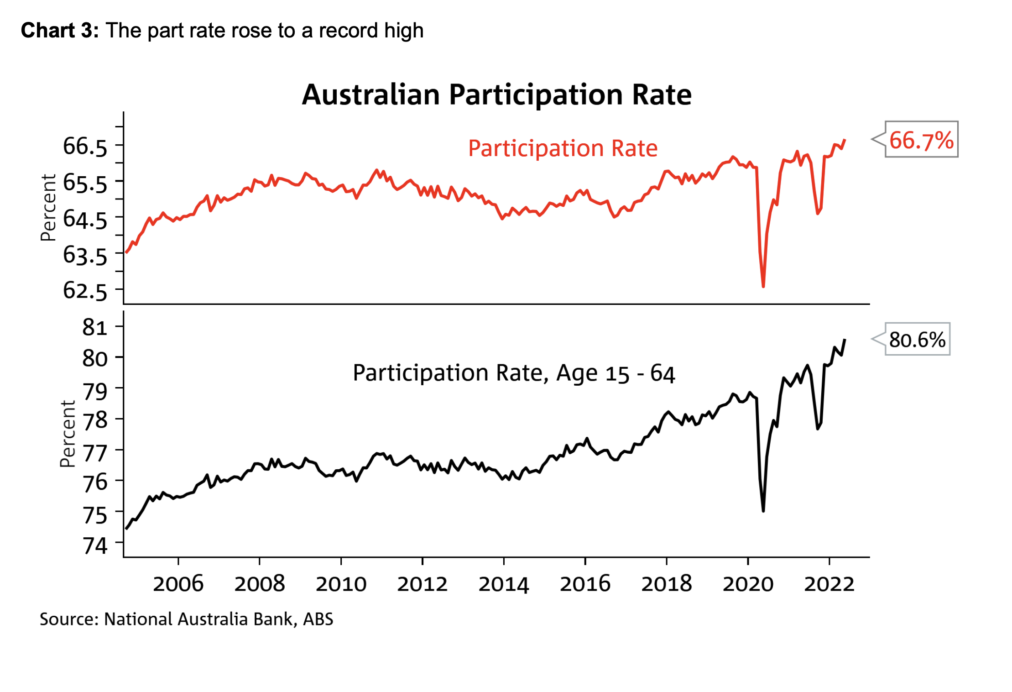 The rate of underemployment – which measures those with jobs but who couldn’t get the hours they wanted – dropped sharply, from 6.1 per cent to 5.7 per cent, the lowest level since August 2008. 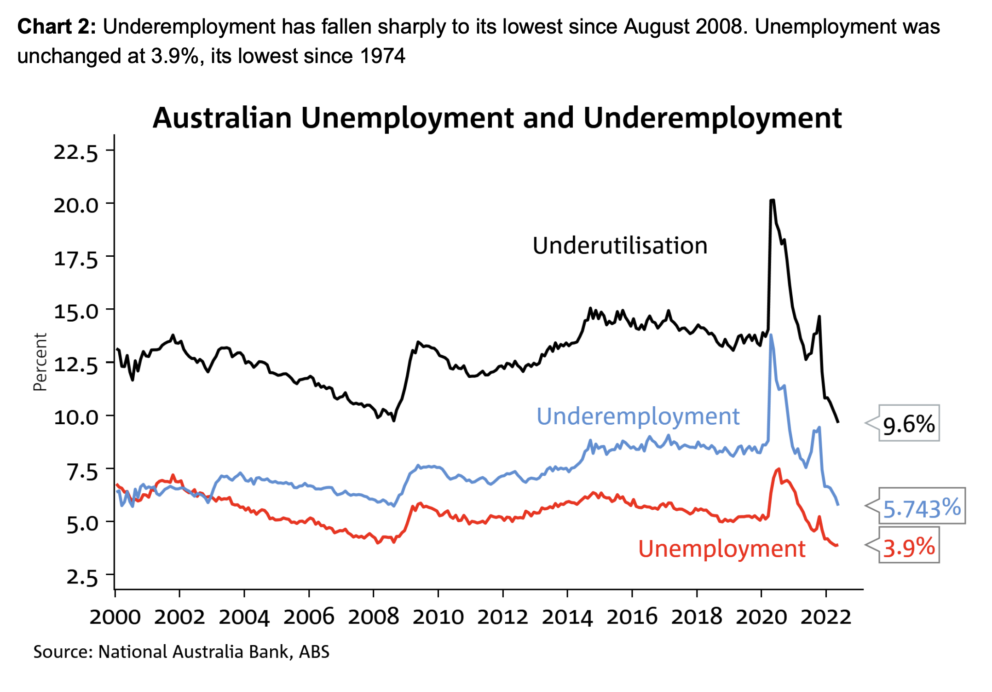 Despite hours worked overall increasing 0.9% month on month, people working fewer hours than usual due to illness/injury/sick leave was at 780,500, the highest level recorded during the pandemic. 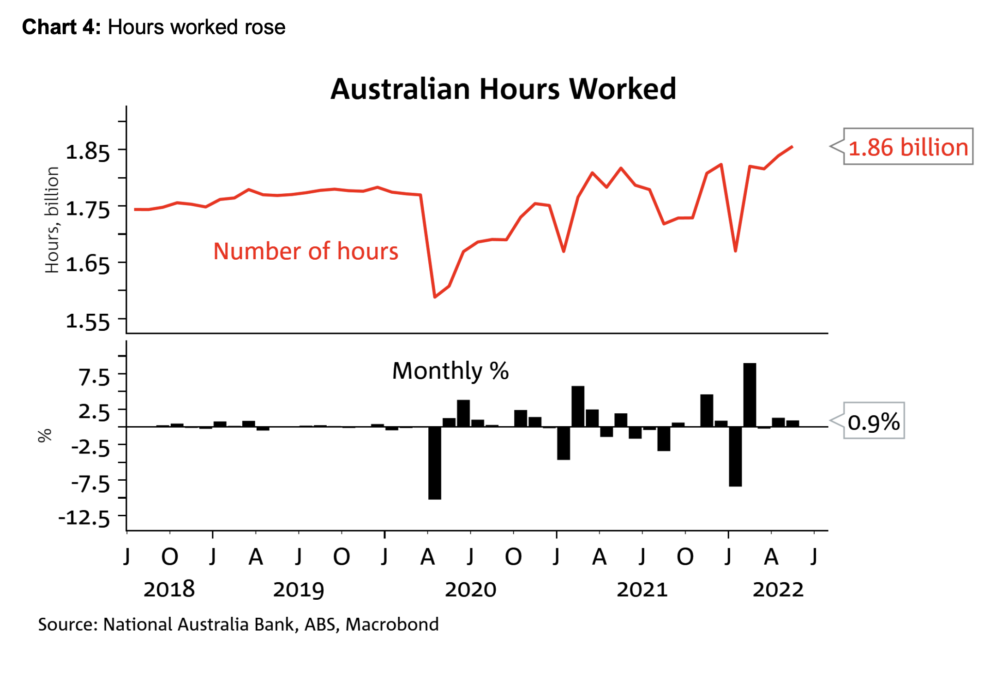