Getting onto the property ladder is a difficult task for anyone. 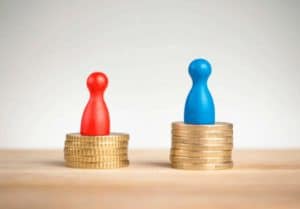 However, for Australian women, it seems that the gender pay gap means it would take, on average, 2 years longer to save up for a home loan deposit.

OpenAgent have looked at the differences between men and women’s average full-time earnings with data from ABS.

There has definitely been movement in gender equality overall.

However, the wage gap is still around 14.1%, meaning women take home about $240 less every week on average.

Housing affordability has undoubtedly been declining over the past few decades.

In more recent months, the market has cooled down, making it easier to afford a property.

Across the states, New South Wales is unsurprisingly the most expensive with median house prices currently around $650,000.

Based on needing a 20% deposit, you would need to have saved up $130,000 in order to afford a median-priced house in New South Wales.

Tasmania, on the other hand, offers the least expensive median house prices, around $350,000.

You would require a deposit of $70,000, still a significant amount.

Unfortunately, the wage gap has only closed by about 2.42% over the past 25 years. 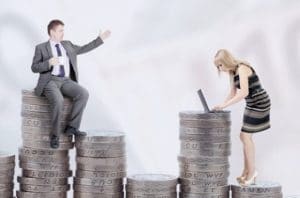 When comparing all the states, the state with the smallest wage gap is Victoria where men make 10.3% more.

With men making 20.44% more than women 25 years ago, Victoria is the only state where the gender wage gap has gotten significantly smaller.

On the other hand, the gap has actually gotten worse in some states, particularly in WA.

Men now make 30% more than females in Western Australia whereas they were making 26.17% more 25 years ago.

Saving for a deposit across Australia

As expected, the gender pay gap affects saving for a home.

Assuming that you’re putting aside around 10% of your income specifically to save for a home loan deposit, it will usually take over a decade to have enough.

On average, it will take a man 11 years and 9 months to save for a deposit based on the average income and median prices across Australia.

For women, the wage gap means it will take around 13 years and 9 months, about 2 years longer.

This is because women make around $12,469 less than men every year nationally.

Saving for a deposit in each state

The difference in the time it takes to save for a deposit is smallest in Tasmania.

This works out to be a difference of around a year and 1 month.

This is around the same in South Australia where it would take men 10 years 5 months, and women, 11 year 6 months. 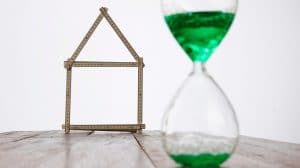 In Victoria, even though the wage gap is proportionately better, the expensive house prices mean it takes longer to save for a deposit.

The biggest differences in how long it takes to save for a home loan deposit are in New South Wales, Queensland and Western Australia.

In New South Wales, it would take a man with an average income 14 years 7 months and women 16 years 11 months to save for a deposit.

The wage gap in Queensland is the second worst in the country, currently sitting around 21%.

This works out to be a difference of 2 years 4 months.

With the 30% wage gap in Western Australia, it takes women significantly longer to save even though property prices aren’t as high compared to other states.

What does this mean for you? 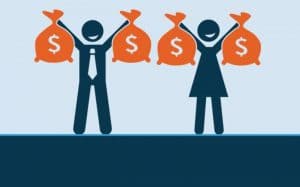 Fortunately, the government is trying to tackle gender equality in the workplace.

The 14.1% gender pay gap is still a record low and hopefully, things will keep moving in the right direction.

If you’re looking to invest as a single, it will be difficult either way.

In order to save enough for a deposit in a timely matter, you’ll need to be putting a larger percentage of your income away.

However, you also have the option of buying a property with another person, an option many Australians opt for.

Guest author: James Pointon is a Commercial Manager at OpenAgent.com.au, an online agent comparison website helping Australians to sell, buy and own property.