“Sometimes being at one with a crowd can be nice, eg at rock concerts it adds to the ambience and safety in numbers can provide comfort. However, when crowds turn they can be dangerous – you might get trampled!”

Of course he’s not really talking about the football crowd or rock concerts. Clearly a wariness of crowds is essential to successful  investing.

As you read his report below, while many of the references relate to the share market, you can just as easily substitute the words property investing.

In particular pay attention to the lapses of logic investors suffer. There’s lots of great information here, so read on:

Investors had jumped on a bandwagon in a euphoric mass resulting in assets that became over-loved and overvalued and ripe for a crash that of course happened.

As Warren Buffet once observed the key is to:

But what’s the logic behind this wariness of crowds? Is it as simple as doing the opposite to what the crowd is doing with their investments? What is the crowd telling us now?

Why the crowd can be dangerous?

The trouble with crowds from an investment perspective is sourced in investor psychology.

It is well-known that individuals suffer from lapses of logic. For example, they:

When many investors make the same lapses of logic at the same time as part of a crowd, the result is magnified. Collective behaviour requires the presence of:

The means by which individual lapses of logic morph into collective views on markets include the general media, both traditional and on-line (where stories of sharp rises/falls in asset prices grab attention) and pressure for conformity via such mechanisms as industry standards, interaction with friends at dinner parties, BBQs, etc and monthly fund managers’ performance charts & benchmarking (which discourage “risk” taking and deviation from the crowd).

Importantly, the combination of lapses of logic by individuals in making investment decisions being magnified by crowd psychology go a long way to explaining why speculative surges in asset prices develop (usually after some good news) and how they feed on themselves (as individuals project recent price gains into the future, exercise “wishful thinking” and receive positive feedback via the media, their friends etc).

Of course the whole process goes into reverse once buying is exhausted, often triggered by contrary news to that which drove the rise initially.

Specifically, investor psychology through a market cycle looks something like what Russel Investments many years ago called the roller coaster of investor emotion.

During a bull market ‘optimism’ progressively gives way to ‘excitement’, then ‘thrill’ and eventually ‘euphoria’ as the actions of the thousands of investors push the asset class – be it shares, property, bonds or a currency ever higher in value.

It is at this point that investors are most bullish.

Unfortunately it’s usually at this point that the market has become overvalued and with the crowd fully on board everyone who wants to buy has and so it only takes a bit of bad news to tip the market down.

When a bear market begins investors initially see it as a short term setback. But as ‘anxiety’ gives way to ‘fear’ investors eventually ‘capitulate’ and become ‘despondent’, selling their investments.

However, the point of maximum crowd pessimism, when the crowd has sold and the asset class is cheap and unloved is the time when it starts providing its best opportunity for returns. It then usually only takes a bit of good news to start tipping the market higher.[sam id=41 codes=’true’]

So while it’s impossible to drill into the minds of thousands of investors the behaviour of the crowd gives a great guide to investment market opportunities both at tops and bottoms.

Tops are usually associated with some form of crowd euphoria and market bottoms are associated with mass despondency. So being a contrarian and doing the opposite to the crowd at extremes makes sense.

But of course it’s never that simple

There are two points to note though.

First there is a difference between what people say they are thinking (ie investor sentiment) and what they are actually doing (investor positioning).

Both are a guide to where the crowd is at. Numerous surveys give a guide to short term investor sentiment.

For example, the next chart shows a composite measure of investor sentiment regarding US shares based on a range of indicators including surveys of individual investors, investment newsletter writers and the ratio of puts (options to sell shares) to calls (options to buy shares).

For example, one guide is the flow of money into and out of investment funds.

The next chart shows huge inflows into US bond funds and outflows from equity funds since the global financial crisis.

Secondly, negative crowd sentiment at market bottoms can tend to be associated fairly quickly with market bottoms reflecting the steep declines associated with panics as a market falls. But during bull markets positive sentiment or even euphoria can tend to persist for a while as it takes investors longer to build exposures to assets than to sell them.

It may also reflect the tendency of share markets to rise more than they fall.

As John Maynard Keynes once remarked “The market can remain irrational for longer than you can remain solvent.”

But even recognising these complications, investing against the crowd once it reaches extremes is invariably better than going with it.

The volatility in shares so far this year provides a classic example of what can happen when the crowd gets a bit too optimistic on shares. The second chart above (ie the Composite Investor Sentiment indicator) shows that last year ended with relatively high levels of investor confidence in US shares.

In fact newsletter writers were the most bullish they had been since the mid-1970s.

This had left them vulnerable to a correction which we have seen. However, as can be seen in the chart investor sentiment has now fallen sharply following the recent correction – which is a positive sign – and more broadly we haven’t yet seen the sort of euphoria that is usually seen at major market tops.

Certainly the flow of money into equity funds has not reached speculative extremes – having only just turned more favourable last year for US equity mutual funds and in Australia the allocation to cash in the Australian superannuation system is still double pre GFC levels.

Overall this suggests crowd sentiment and positioning towards shares is ok.

The opposite applies to bonds. Early this year short term sentiment towards bonds had become very negative.

But the recent bond rally has seen this unwind a bit and as the last chart shows there is still a lot of money sitting in US bond funds – so positioning in bonds is a bit of a negative for them.

Finally the Australian dollar is also worth a look.

The chart below shows net long and short positions held by speculators in the $A as reported to the US Commodity & Futures Trading Commission.

Right now positioning is very short – ie a lot traders have already sold the $A, suggesting the risk of a further short term bounce.

First, while it may feel uncomfortable, successful investing requires going against the crowd – particularly when the crowd is at extremes of bullishness and bearishness. Various investor sentiment and positioning surveys provide a guide.

Second, right now investor sentiment surveys for shares have become a bit negative – which is positive.

And we are nowhere near the euphoria seen at major market tops. 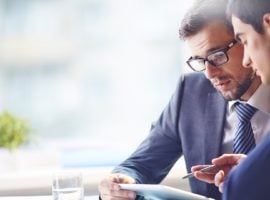 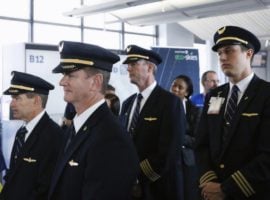