Home stretch: 1 in 3 Aussies would move if they could work from anywhere

Has Covid made you think of moving home?

Well..as millions of Australian workers stretch into their fourth month of working-from-home, many have a relocation on their minds, according to new research by Finder.

A nationally representative survey of 678 Australian workers revealed that 33% – equivalent to 4.3 million adults – would move homes if their employer announced that workers no longer needed to be onsite. 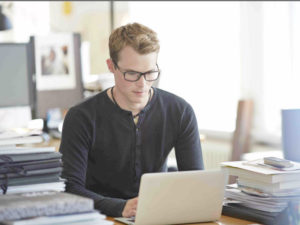 Sarah Megginson, the home loans expert at Finder, said millions of Australians are keen to make their out-of-office status permanent.

“Where people live has typically determined their place of employment, but that’s changing.

Many Aussies are well adjusted to their new work-from-home routine and are allowing themselves to think outside-the-box now that remote working is mainstream.

“The once longed-for ‘tree-change’ and ‘sea-change’ is becoming a reality for those who are reevaluating where they want to call home,” .

The research shows almost 1 in 4 Australians (23%) would move somewhere else within Australia if they were allowed to work remotely forever.

One in ten (10%) would move overseas if they were allowed to work remotely full-time.

New South Wales would see the largest exodus if permanent remote working became available, with a staggering 40% of residents admitting they would move.

Those in NSW were followed closely by Victorians (37%).

“Not surprisingly, the two states hit hardest by lockdowns are the ones questioning where they call home.

“Plenty of workers are embracing the extra hours gained with the absence of commuting to work, and wondering what else they can do with that valuable time.

“The silver lining to this phenomenon is that regional areas are generally more affordable, so people could be saving money on mortgages and rent at the same time as getting a better work/life balance,” Megginson said.

Finder’s research shows almost half of Australians (46%) would not choose to move if their employer didn’t insist on a return to work, while 14% say they can’t perform their job at home.

A further 8% of people report that they are already allowed to work from anywhere.

Figures show Australia's regional areas have had their largest influx of people since the Australian Bureau of Statistics started measuring internal migration in 2001.