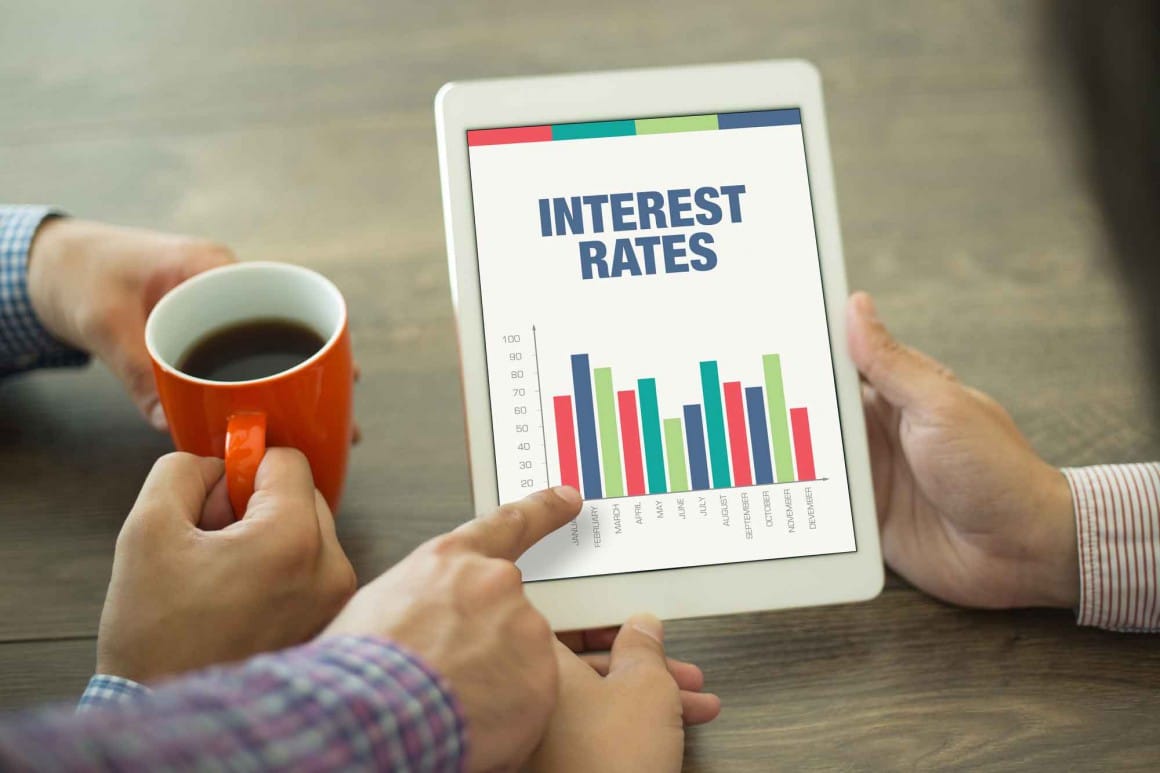 Where are interest rates heading?

Until recently the RBA's bias was for the next move to be a rise in interest rates. 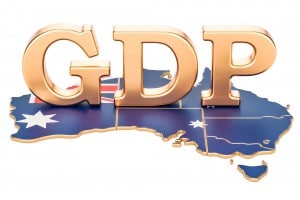 More recently there has been talk of rates falling, which is now what the money markets have factored in.

Any deterioration in employment and softer inflation figures could mean a rate cut during the expected May federal election.

And that's unusual - it' something that has only happened once before during the 2013 election as the RBA tends to avoid interest rate changes during an election campaign.

The market seems concerned about the potential for jobs losses with sentiment that unemployment could rise.

Coupled with softer economic and wage growth figures, a slide in house prices and business sentiment the market has already priced in a rate cut for August.

But in a recent note David Plank, Head Economist at ANZ wrote to their institutional and private clients explaining that his thoughts on what will happen to rates is different.

Here's the details of the ANZ research note:

GDP outcomes have historically been a poor guide to RBA action.

What has mattered is the trend in the unemployment rate and surprises on inflation. 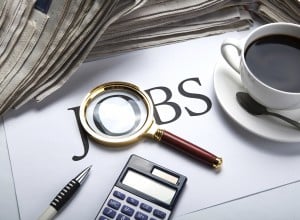 A period of low GDP growth has not necessarily translated into higher unemployment and an RBA easing (Figure 1).

Some leading indicators are painting quite a bearish picture on unemployment.

But the ANZ Labour Market Indicator (LMI) points to stability over the next six months or so, in line with the RBA’s latest forecast.

We think fiscal policy has a clear role to play.

Indeed, with interest rates at record lows fiscal policy is a better option to stimulate the economy than yet more monetary easing.

We expect the April Budget to be stimulatory, with both larger personal income tax cuts and more spending likely to be announced.

A budget along these lines would go a long way to lessening concerns about growth in 2019 and 2020.

We are mindful it may not take much additional weakness to trigger an easing from the RBA.

Previous concerns about the RBA’s financial stability objective have been dealt with by other means, such as the regulatory induced tightening in credit availability, even if this has also been a primary driver of housing market weakness.

Should it look as if the unemployment rate is trending higher, we think the RBA will act quite quickly.

We see an easing as early as May as a possibility if we get weak labour force data and a rollover of ABS job vacancies (to say nothing of a soft inflation print).

If we get past May then we think the next opportunity for a cut shifts to August.

We see little prospect of the RBA starting a policy cycle outside a month when a Statement of Monetary Policy is published, unless there was an economic emergency. 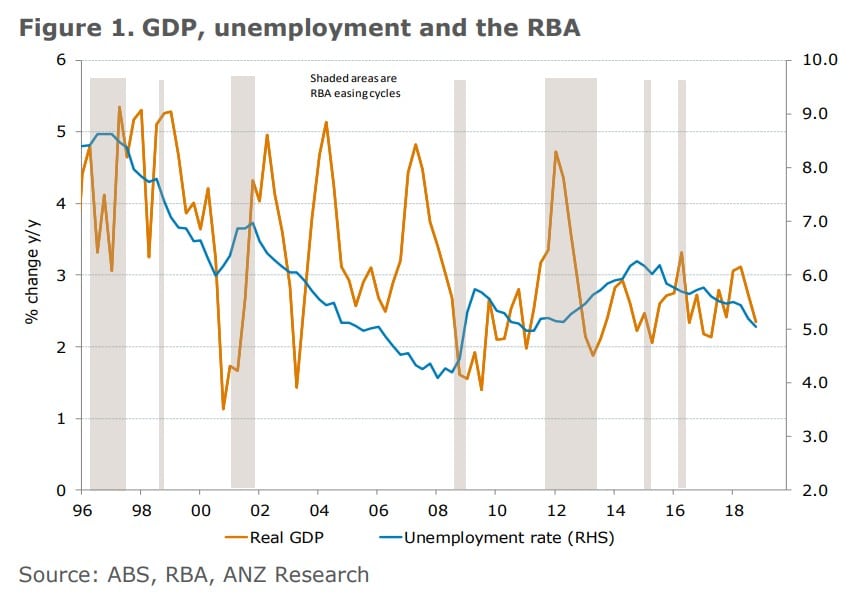 The RBA’s objectives are unemployment and inflation, not GDP

Economic commentary over the past week or so has been dominated by Australia’s ‘per capita’ recession.

While we think looking at trend performance in per capita GDP has merit in terms of medium-term considerations for policy, we don’t think it (or aggregate GDP for that matter) provides a particularly useful tool for guiding nearterm choices for monetary policy. 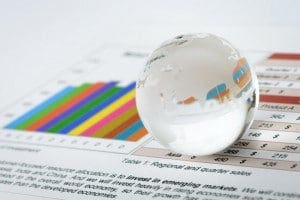 GDP is too prone to being impacted by one-off shifts and future revisions, as we have highlighted in recent commentary.

That is not to say that GDP doesn’t matter, rather we think the full-suite of key data needs to be considered.

Critically this includes the labour market data, even though it is often derided as being a lagging indicator.

There have been times the RBA has eased when GDP growth has been weak (Figure 1).

But it has also cut rates when GDP growth has been strong and accelerating.

And it has raised rates when GDP growth has looked relatively soft.

The consistent theme in the RBA’s response function has been the direction of the unemployment rate (Figure 2). 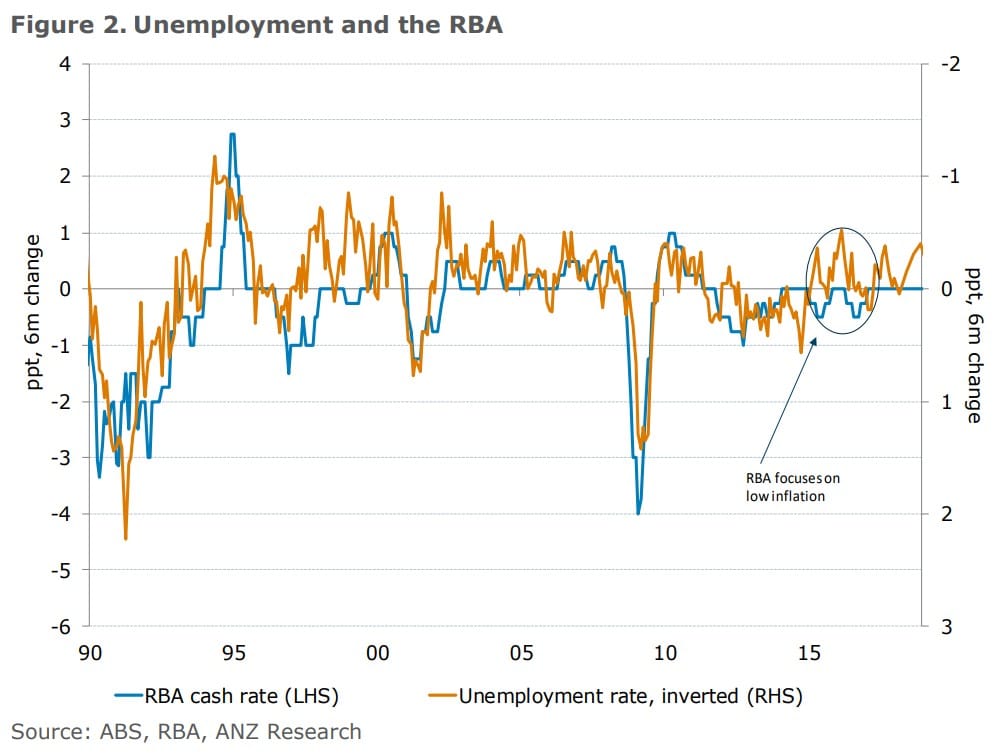 In these years the RBA cut interest rates despite falling unemployment.

In both cases it cited low inflation as the cause, saying in May 2016 that the decision to ease “follows information showing inflationary pressures are lower than expected.”

It also appears to be pretty clear that the RBA lags the data rather than leads.

We aren’t critical of this lag.

Forecasting is difficult, not least because of inherent volatility in Australian data.

With the bulk of Australian household debt being floating, changes in monetary policy have a rapid transmission through to the consumer.

Adding this fact to the volatility of the data means it makes sense to us for the RBA to be reactive.

2008 was the clear exception to this rule because the risks to the economy were clear.

Hence the RBA’s aggressive policy response ahead of a clear turn in the data was appropriate.

Unemployment expected to be stable in the period ahead

We think the most immediate focus for the RBA will be the labour market, though we are also conscious of the downside risks to inflation relative to the RBA’s expectations for the March and June quarters. 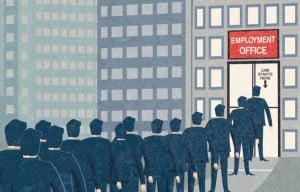 With regard to the outlooks for employment and unemployment, we’ve written quite a bit recently on some of the possible top-down developments.

For instance, we have noted that employment growth often slows as elections near but that doesn’t necessarily translate into a higher unemployment rate.

Indeed there is no tendency for unemployment to rise as elections approach.

We have also looked at how the cycle in productivity impacts employment growth.

A period of weak productivity growth is often followed by a slow-down in employment growth, perhaps because businesses attempt to recover some of the previous ‘lost’ productivity. 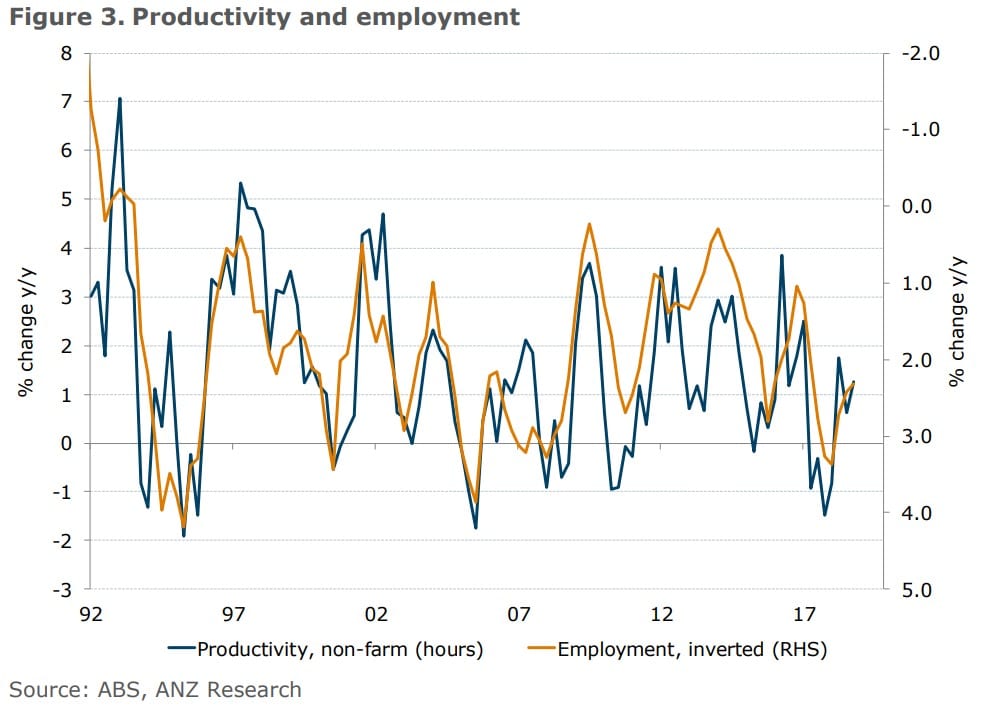 In the year to December, productivity per hour worked for the non-farm economy increased by 1.3% (Figure 3).

This is in line with the average since 2000, so there is no implication that currently weak productivity means employment growth will slow down from here.

Be that as it may, there is one indicator we pay attention to that is pointing to quite a sharp jump in the unemployment rate – namely, capacity utilisation.

It is currently suggesting that the unemployment rate could rise to above 5.5% over the next few months (Figure 4, below).

In our view, that would trigger RBA rate cuts. 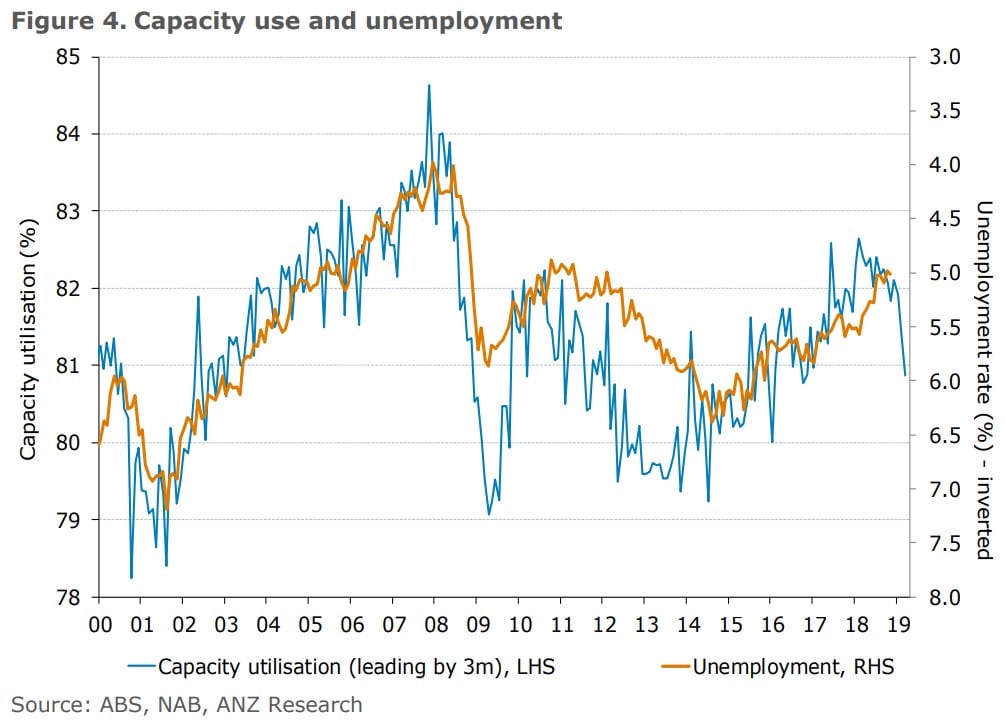 But capacity utilisation is not infallible as an indicator of the unemployment rate.

Between late 2010 and August 2012 the unemployment rate went sideways as capacity use fell sharply.

There are a range of leading indicators for the labour market.

We think the best approach is to combine them all into a single measure. 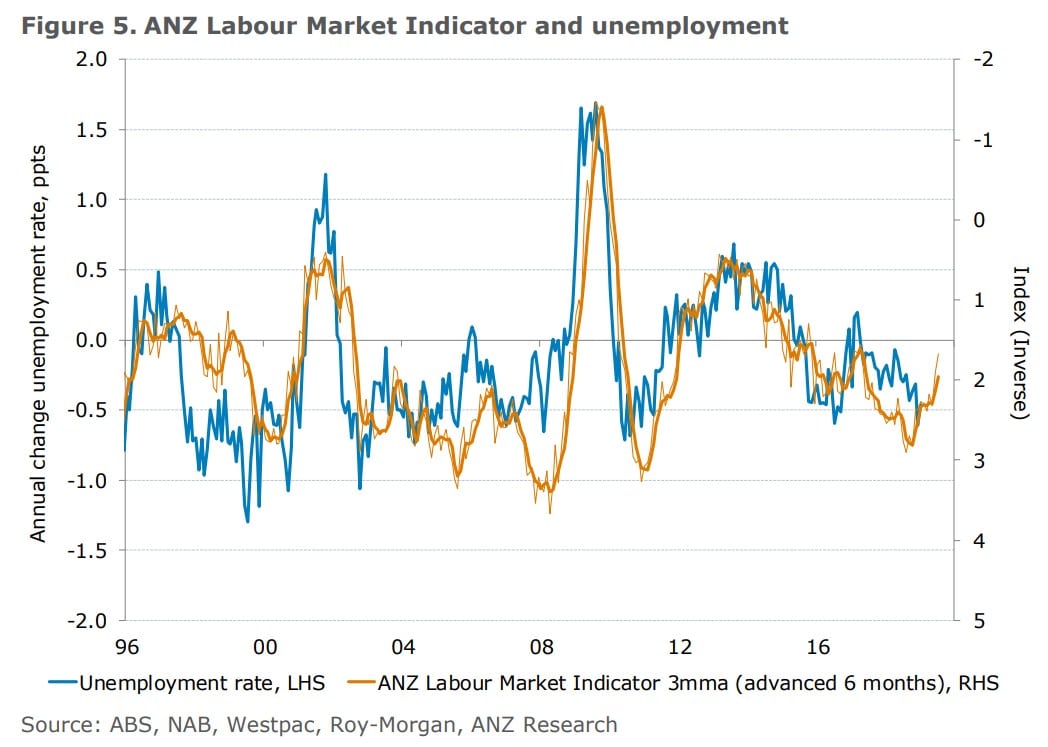 The ANZ LMI suggests the point of maximum downward pressure on the unemployment rate has passed.

But it does not yet point to a period of rising unemployment.

Government spending at all levels is already providing a considerable boost to the economy.

We think further support is on the way. 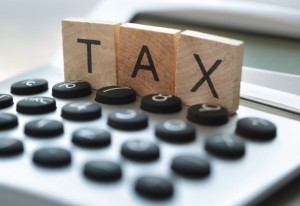 The April budget will provide details around how the AUD9.2bn (over the 3 years to 2021-22) that was put away in the Mid-Year Economic and Fiscal Outlook (MYEFO) for tax cuts will be allocated.

On top of this, additional tax cuts and spending seem inevitable given revenue forecasts are likely to be upgraded since the MYEFO published in December.

We think it appropriate that fiscal policy takes on a bigger role in boosting the economy in 2019 and 2020.

This poses a risk to the forecast return to surplus given the (always) uncertain outlook for the global economy and commodity prices.

But if it turns out the surplus is missed because the economy is weaker, countercyclical fiscal policy will have been the right decision.

RBA will act quickly if the outlook for unemployment deteriorates

We think stability in the unemployment rate and additional support from fiscal policy will keep the RBA on hold in 2019.

In 2020 we think the labour market will be strong enough to push the unemployment rate a touch lower, enough to keep the RBA satisfied with the progress being made, though not by enough to trigger the rate hike in the second half of 2020 that we previously forecast.

But if the outlook for unemployment deteriorates then we think the RBA will act quickly.

If we go back a year or two we find the RBA expressing concern about what even lower interest rates might do to financial stability.

The regulatory driven credit tightening has extinguished these concerns.

Poor employment data for February and March could see the RBA ease as early as May.

Failing that, we see the next ‘live’ RBA meeting as August. 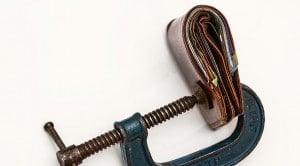 We very much doubt the RBA will start an easing cycle outside of a statement month.

The easing of financial stability concerns begs the question of why the RBA doesn’t simply act now to lessen the downside risks to the outlook.

We think the nearness of the lower policy bound is a consideration.

In the event of a big shock the RBA will want to respond aggressively.

Giving away precious policy space when it’s not clear that it is necessary is not a sensible trade-off, especially given it is limitations on the supply of credit, not its price, that is currently restricting credit growth.

Source: ANZ Australian Economic Insight - NOTE: This is NOT personal advice as it does not consider your objectives or circumstances