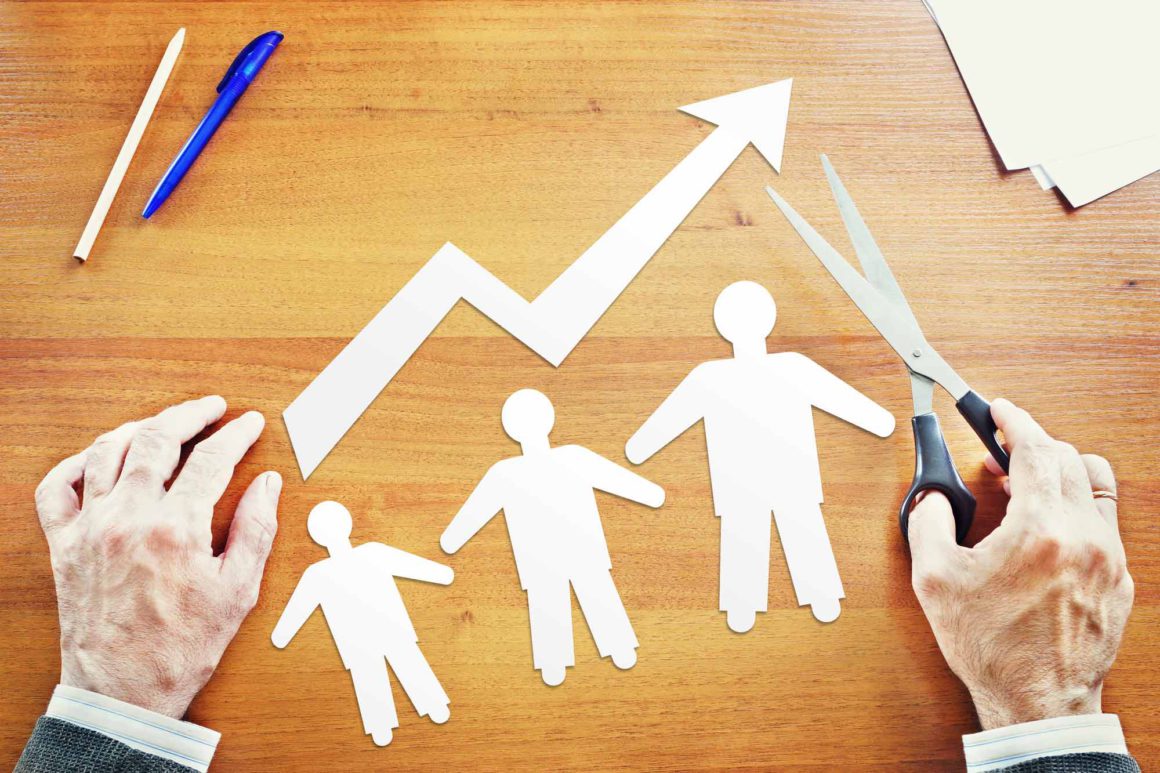 Wondering what happeing to Australia's population?

Well the Australian Demographic Statistics, a quarterly publication prepared by the ABS, was released just before Xmas and provides estimates of Australia's population, and that of the states and territories, up to June 2019.

Here are the highlights of this latest release... 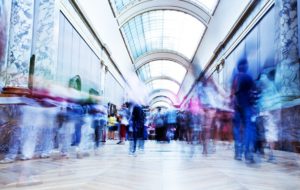 This represents a growth rate of 1.5% over the twelve months.

Again, these proportions are similar to 2017-18. Net overseas migration has contributed more than 60% of population growth since 2016-17.

In the last 15 years, the volume of net overseas migration has exceeded natural increase but it is highly volatile.

This is clearly evident in the graph shown below. 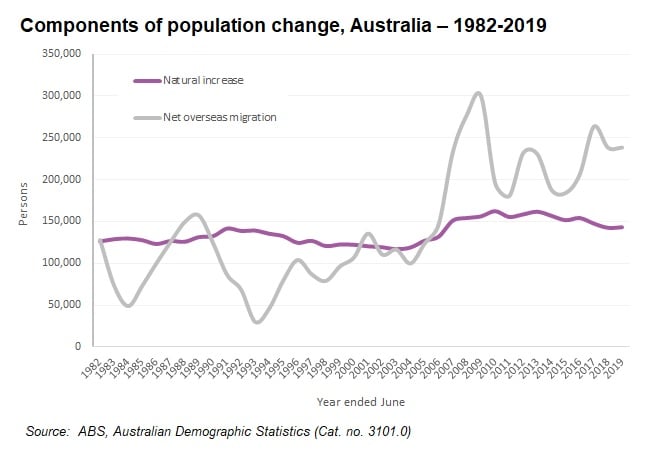 The highest volume of net overseas migration (299,870) was recorded in 2008-09, the same year in which Australia recorded its highest recorded volume of total population growth.

Population growth in Victoria still above 2% per annum

The current era of strong population growth in Victoria continues, with another year of growth exceeding 2% (the rate was 2.1%).

Net overseas migration was the biggest contributor to population growth (62.7%).

In 2018-19, Western Australia recorded its strongest population growth since the end of the mining boom. 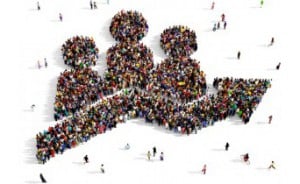 The reason for the increased growth may not seem intuitive, as it was due to a slowing of migration to other parts of Australia.

In other words, the loss from net interstate migration almost halved.

Population growth in Western Australia does tend to mirror the fortunes of the mining sector and with improving economic conditions, it will be interesting to see if the state returns to positive net interstate migration gain in the next couple of years.

All things being equal, this will result in an increase in population growth.

Potentially interesting trends in light of the Morrison Government's decision to classify Perth as a regional destination in order to attract more overseas migration - and hence population growth.

Two years of population loss in the Northern Territory

Demographic trends in the Northern Territory (NT) stand out like a sore thumb in this current era of rapid population growth across Australia. 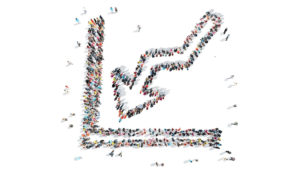 For two consecutive years, the NT has recorded a decline in population.

Net interstate migration loss is driving much of this change and it is a long standing trend.

More people have left the NT than have arrived for more than six years, and the volumes are increasing.

Although there are pockets of growth in Darwin, strategic plans to boost the NT's population may need revisiting in light of more recent data.

Above average growth in Queensland

With much of the focus of rapid population growth on Sydney and Melbourne, trends in Queensland tend to slip under the radar. 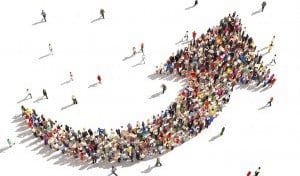 Queensland was the only other state besides Victoria to record a growth rate above the Australian average in 2018-19.

The components of population change are different in Queensland compared to other states and territories in that net interstate migration contributes to a far greater share of total growth and has done so over many years.

Although the volumes show some volatility, net interstate migration has been positive since 1982.

The increase in Tasmania's growth rate has received a lot of attention in recent years. 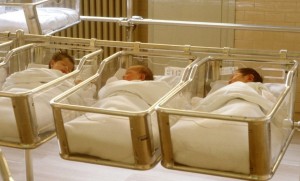 This is still below the national average, but there's no denying there has been a shift in demographic trends.

Migration from overseas and interstate is driving this increased growth.

However natural increase showed a reversal of the long term downward trend in 2018-19, which possibly reflects the impact of this migration.

It remains to be seen if this trend can be maintained.

As always - watch this space.

The growth rate was 1.5% over the twelve months, slightly less than the 1.6% recorded the previous year.

Queensland was the only other state to record a growth rate in excess of the national average.

Population growth in WA increased in 2018-19 to slightly above 1% - still below the national average but it should continue to increase as the economy recovers from the post-mining boom slump.

Tasmania also continues to record a mini-boom in population growth, driven by migration from interstate and overseas.

On the other hand, the Northern Territory recorded a second year of population decline, a trend driven by increasing levels of migration to other parts of Australia.