A strong economy in the ACT has helped deliver solid capital growth for houses in recent years with moderate price increases and a good medium to long-term outlook expected.

According to the latest RiskWise Property Research Risks & Opportunities Report, the economic growth rate of 4 per cent eclipsed the rest of the country and provided a strong indication of its future.

This was supported by healthy levels of both private capital expenditure and government expenditure.

As projected in our previous Risks and Opportunities report, the ACT housing market delivered solid capital growth in recent years.

While this growth is more moderate since the second half of 2017, the current growth remains solid and the market is showing resilience.

This is largely driven by solid economic growth and a relatively low level of effective unemployment which sits at 3.3 per cent, compared to Australia with 5.3 per cent.

These conditions are favourable for a strong housing market and make it an attractive destination for property buyers.

Recent developments in relation to the housing market, such as lower interest rates (with another expected in early 2020) and some loosening of credit restrictions, had encouraged moderate price increases and a good medium to long-term outlook.

The ACT also enjoys a high investor serviceability ratio which has significantly benefited investors who have found it easy to service their loans relative to the rest of the property market.

However, the case is not the same for the unit market which is suffering from an increased number of new dwellings relative to its population growth. 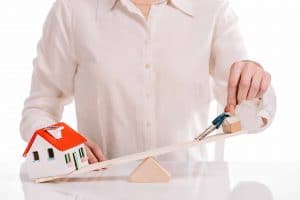 Combined with an overall preference for houses over units, this presents a greater risk for units.

Units delivered only 3.9 per cent capital growth in the past three years, (way below the capital growth of houses with 14.5 per cent), mainly driven by an increased number of properties in the pipeline.

So, the risk associated with units is higher than houses, particularly in high-supply areas such as Gungahlin (where there are 315 units in the pipeline at 20.6 per cent of the current stock).

'Healthy outlook for ACT housing market' have no comments