Cities are expanding upwards and downwards, as well as outwards – with urban density also increasing, moving people efficiently around the city, often using ageing infrastructure, is quite a challenge, writes… 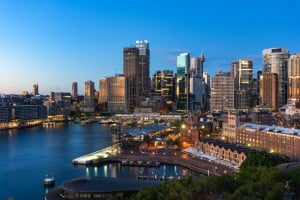 Cities worldwide face the problems and possibilities of “volume”: the stacking and moving of people and things within booming central business districts.

We see this especially around mass public transport hubs.

They are expanding underground through rail corridors and above ground into the tall buildings that shape city skylines.

Cities are deep as well as wide.

The urban geographer Stephen Graham describes cities as both “vertically stacked” and “vertically sprawled”, laced together by vertical and horizontal transport systems.

People flow in large cities is not only about how people move horizontally on rail and road networks into and out of city centres. 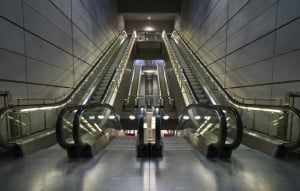 These are the elevators, escalators and moving sidewalks that commuters use every day to get from the underground to the surface street level.

Major transport hubs are where many vertical and horizontal transport systems converge.

It’s here that people flows are most dense.

But many large cities face the twin challenges of ageing infrastructure and increased volumes of people flowing through transport hubs.

Problems of congestion, overcrowding, delays and even lockouts are becoming more common.

Governments are increasingly looking for ways to squeeze more capacity out of existing infrastructure networks.

Can we increase capacity by changing behaviour?

For the last three years, Transport for London (TfL) has been running standing-only escalator trials.

The aim is to see if changing commuter behaviour might increase “throughput” of people and reduce delays.

London has some of the deepest underground stations in the world.

This means the Tube system is heavily reliant on vertical transport such as escalators.

But a long-standing convention means people only stand on the right side and allow others to walk up on the left.

In a trial at Holborn Station, one of London’s deepest at 23 metres, commuters were asked to stand on both sides during morning rush hour.

The results of the trials showed that changing commuter behaviour could improve throughput by increasing capacity by as much as 30% at peak times.

But this works only in Tube stations with very tall escalators.

At stations with escalators less than 18 metres high, like Canary Wharf, the trials found the opposite – standing would only increase congestion across the network.

The difference is down to human behaviour.

This means a standing-only policy across the network won’t improve people flow uniformly and could even make congestion worse. 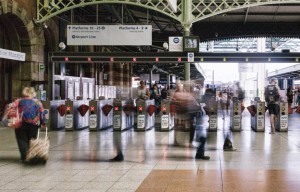 Is people movement data a solution?

With the introduction of ticketless transport cards it’s now possible to gather more data about people flow through busy transport hubs as we tap on and off.

Tracking commuters’ in-station journeys through their Wi-Fi enabled devices, such as smart phones, can also offer a detailed picture of movement between platforms, congestion and delays.

Transport for London has already conducted its first Wi-Fi tracking trial in the London Underground.

Still, there’s enormous potential to use this data to resolve issues of overcrowding and inform commuters about delays and congestion en route.

Governments are also increasingly turning to consultancy firms that specialise in simulation modelling of people flow. 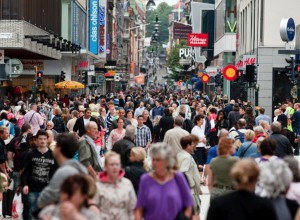 That’s everything from check-in queues and processing at terminals, to route tracking and passenger flow on escalators.

In existing infrastructure, they look to achieve “efficiencies” through changes to scheduling and routing, and assessing the directional flow of commuters.

Construction and engineering companies are also beginning to employ people movement specialists during the design phase of large infrastructure projects.

Beijing’s Daxing airport, due for completion in 2020, will be the largest transport hub in China.

It’s also the first major infrastructure project to use crowd simulation and analysis software during the design process to test anticipated volume against capacity.

The advice of people movement specialists can have significant impacts on physical infrastructure.

This involves aspects such as the width of platforms, number and placement of gates, and the layout and positioning of vertical transport, such as escalators. 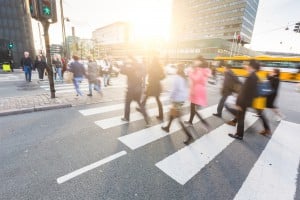 This means infrastructure is being developed through complex public-private partnership models.

As a result, transport hubs are now also commercial spaces for retail, leisure and business activities.

Commuters are no longer only in transit when they make their way through these spaces.

They are potential consumers as they move through the retail concourse in many of these developments.

In an era of “digital disruption”, which is particularly affecting the retail sector, information about commuter mobility has potential commercial value.

The application of data analytics to people flow and its use by the people movement industry to achieve “efficiencies” needs careful scrutiny to ensure benefits beyond commercial gain.

At the same time, mobility data may well help our increasingly vertical cities to keep flowing up, down and across.

'Growing cities face challenges of keeping the masses moving up, down and across' have no comments