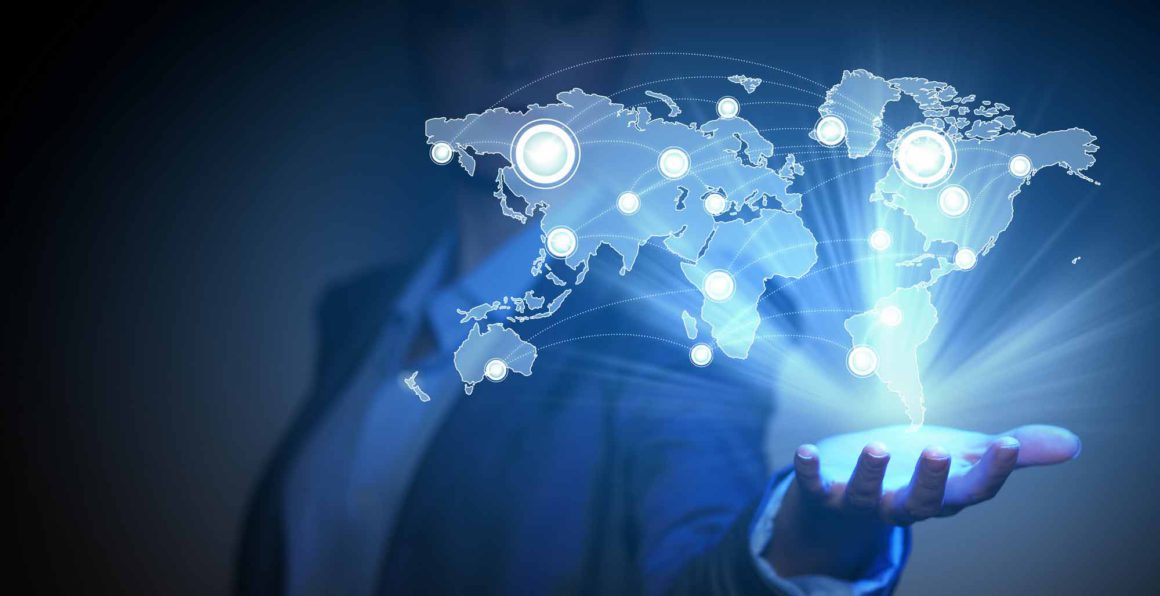 As the war in Ukraine unfolds, not surprisingly global uncertainty has surged according to the latest World Uncertainty Index from the IMF.

Of course, this increased uncertainty is a bad sign for global economic growth.

IMF research finds that such increases foreshadow significant economic output declines, and based on its estimates, the rise in uncertainty in the first quarter could be enough to reduce full-year global growth by up to 0.35 percentage points. 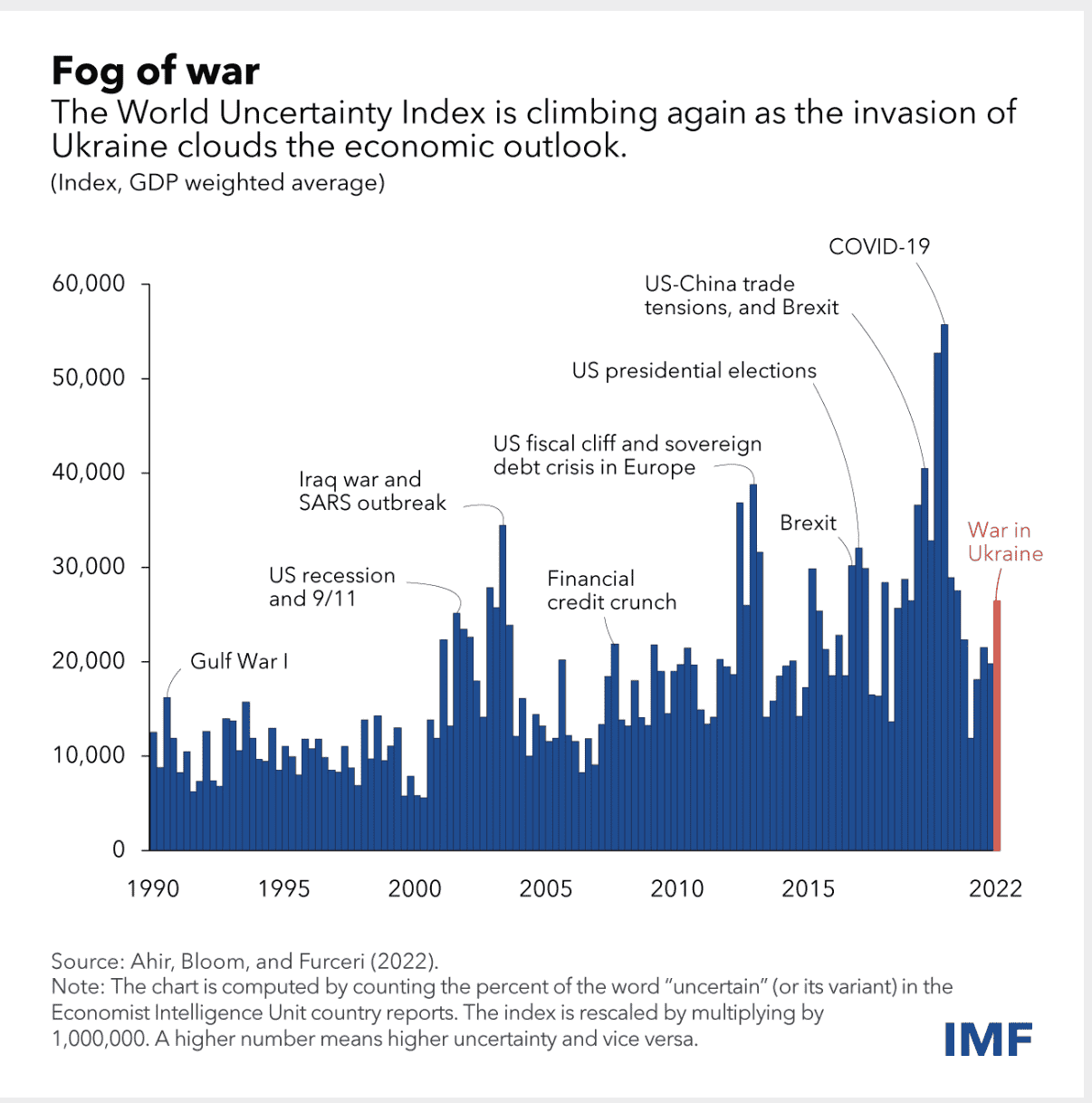 While global uncertainty reached unprecedented levels with the initial coronavirus outbreak, it then fell sharply.

However, the World Uncertainty Index rebounded in the first quarter, reaching levels close to what was seen around the Sept. 11, 2001, attacks in the United States and the United Kingdom’s 2016 vote to leave the European Union.

Despite the recent jump, the current reading is still half the level at the onset of the pandemic.

This could come down to three reasons:

The IMF also plots a new monthly measure specifically focused on the war in Ukraine.

The monthly index tracks uncertainty related to Ukraine in 42 countries that represent about 90 per cent of the global economy.

The index is constructed by searching the Economist Intelligence Unit country reports for references to “uncertain,” “uncertainty,” and “uncertainties” appearing near words related to the war in Ukraine for each country and month.

The index is normalized by the total number of words in the report.

The monthly index shows how uncertainty related to war is rising across the globe.

First, war-related uncertainty has steadily increased since the beginning of this year and now accounts for almost 40 per cent of the global total—right panel of the chart.

Second, uncertainty was initially higher in European countries compared with those elsewhere, but the gap across regions has narrowed over time, highlighting the broadening economic spillovers from the war.

Guest author: This article was originally published by the IMF and written by Hites Ahir, Nicholas Bloom and Davide Furceri