Skilled vacancies rose again in May, according to the Department of Employment’s labour market information portal, up by 1.9 per cent over the month to a thumping 245,500.

From a year earlier, advertisements are up by a massive 164 per cent. 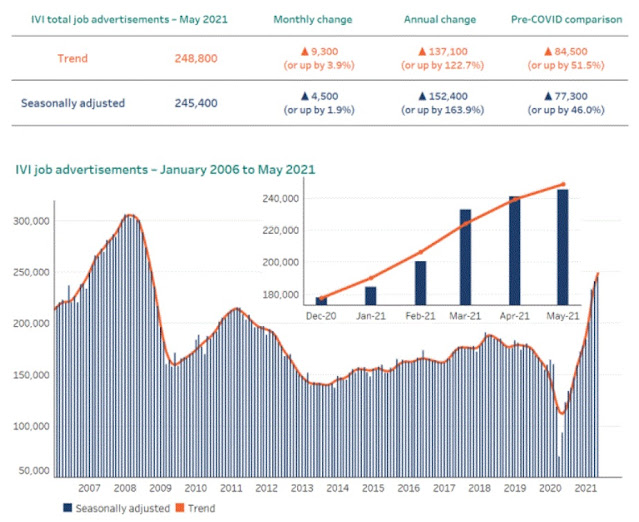 There have been some huge year-on-year increases of more than 200 per cent in Victoria and Tasmania, although all states and territories have recovered very well indeed.
In Queensland, vacancies continued to rise solidly in May, accounting for most of the gains.
Net interstate migration into Queensland exceeded 30,000 in 2020 for the first time since 2005. 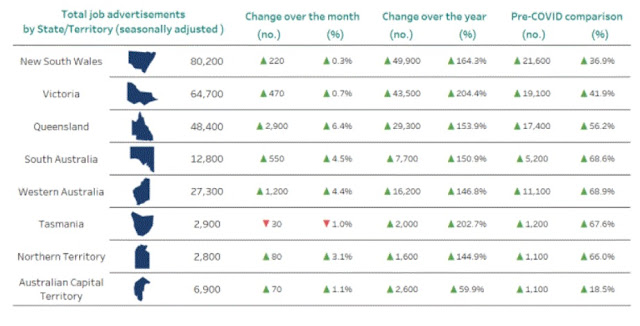 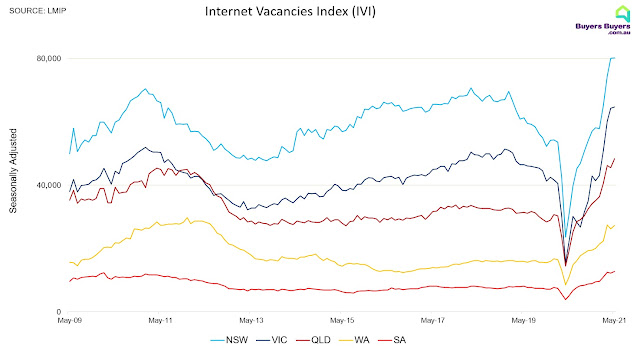 The V-shaped recovery is turning into a satisfying ‘swoosh’.

'From V-shaped recovery to Nike ‘swoosh’' have no comments