Successful investors learn as much from their mistakes as they do from their successes, whereas the average Australian seems to make the same financial errors over and over again, and wonders why things don’t change.

Let’s have a look at eight of the most common financial mistakes people make;

1. Getting Caught in the Income Trap

Most Australians are caught in a rat race, believing the way to become rich is by increasing their working income.

When they start working, they manage to survive on a basic wage, but each time they get a raise they use the extra money to buy “stuff” – their first car, then a bigger car, a TV.

They spend all their income so they work harder, advance into a higher paying position and buy more “stuff”.

On it goes – the more they earn the more they spend and their now substantial salary wouldn’t cover their increasingly expensive lifestyle.

When you focus on income, you fall into the trap of spending all you earn.

More income, without the right financial understanding, habits and skills, is as dangerous to your financial success as too little income.

The solution is to earn passive income; money you make when you don’t work.

The average Australian has been taught to invest in superannuation or set aside 10% of their income to build a retirement nest egg.

This is fine if your goal is to be a middle income earner – but it will never make you wealthy.

The concept of building a “nest egg” is inherently flawed.

Your goal shouldn’t be to accumulate a lump sum to slowly spend during retirement, hoping you don’t outlive your money.

Rather you should build an asset base that generates ongoing passive income; a self-perpetuating money machine – like a portfolio of well-located income producing residential properties.

Most of us have never been taught how to invest, let alone save.

Younger generations are living differently to their parents; they’re marrying later, spending more on “lifestyle” and fearlessly taking on credit card debt. As a result, many people have significant earning capacity, but few assets.

I must admit that when I was young, I couldn’t spend money fast enough!

But inevitably a time comes when you need to manage your finances better.

To be financially independent you need to build an asset base that generates passive residual income, like a sound property portfolio.

Consumer debt is too easy to get.

Large retailers offer the latest gadgets interest free with no deposit and while this sounds great, for people with poor money habits it’s a massive trap.

Anything you purchase with “free” credit goes on your account and you don’t even own the product you walk out with.

When the bill inevitably arrives what do most people do?

They only make the minimum repayment.

Now the credit card companies have you right where they want you!

5. Getting advice from the wrong people

They continue to consult their uncle who’s broke or friends struggling to make ends meet.

Why would you ask advice from someone who is not achieving the results you want?

Instead surround yourself with the best and you’ll be at your best.

Use others’ successes as templates to close the gap between where you are and where you want to be.

6. Thinking investing is too difficult

Many people feel they can’t invest or are too busy, so they take the path of least resistance and don’t do anything. 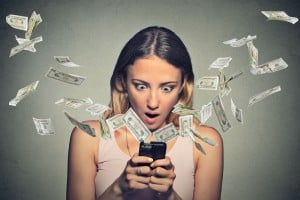 However wealthy people plan, take action, learn from their mistakes, consult experts and take charge of their own financial affairs.

They go to a “cheap” financial planner, but the cheap advice they receive might be very expensive in the long run because it doesn’t accelerate their wealth creation.

Others start climbing the investment ladder, but give up along the way because they’re stuck in the rat race and can’t see themselves getting anywhere.

We all tend to make most of our decisions based on emotions, but it’s important to recognise that we do so.

Your subconscious financial blue print – your beliefs and emotional associations regarding money – colours your financial decisions.

While you can’t change this fact, you can change your thoughts and feelings about money so they have a positiveinfluence and make you less fearful of climbing the investment ladder.

8. Letting fear get in the way

True wealth is on the other side of fear. 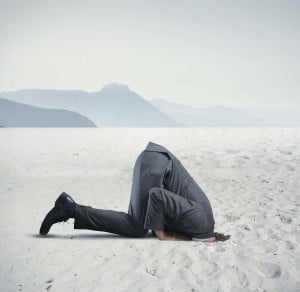 Over the years I’ve learned that fear prevents many of us from getting what we want or where we want to be, especially in relation to wealth.

Think about the times when fear stopped you from taking action, costing you a potentially large financial opportunity.

The key is to harness our fears in a positive way, because fear can hold us back or drive us forward.

If you learn to think like a wealthy person, you’ve got a much better chance of becoming one.

Remember anyone can do it, but not everyone will.

My question is, will you?