How are Australia’s states and territories performing?

Just as the Reserve Bank uses long-term averages to determine the level of “normal” interest rates; Commsec have done the same with the economic indicators.

For each state and territory, latest readings for the key indicators were compared with decade averages – that is, against the “normal” performance. 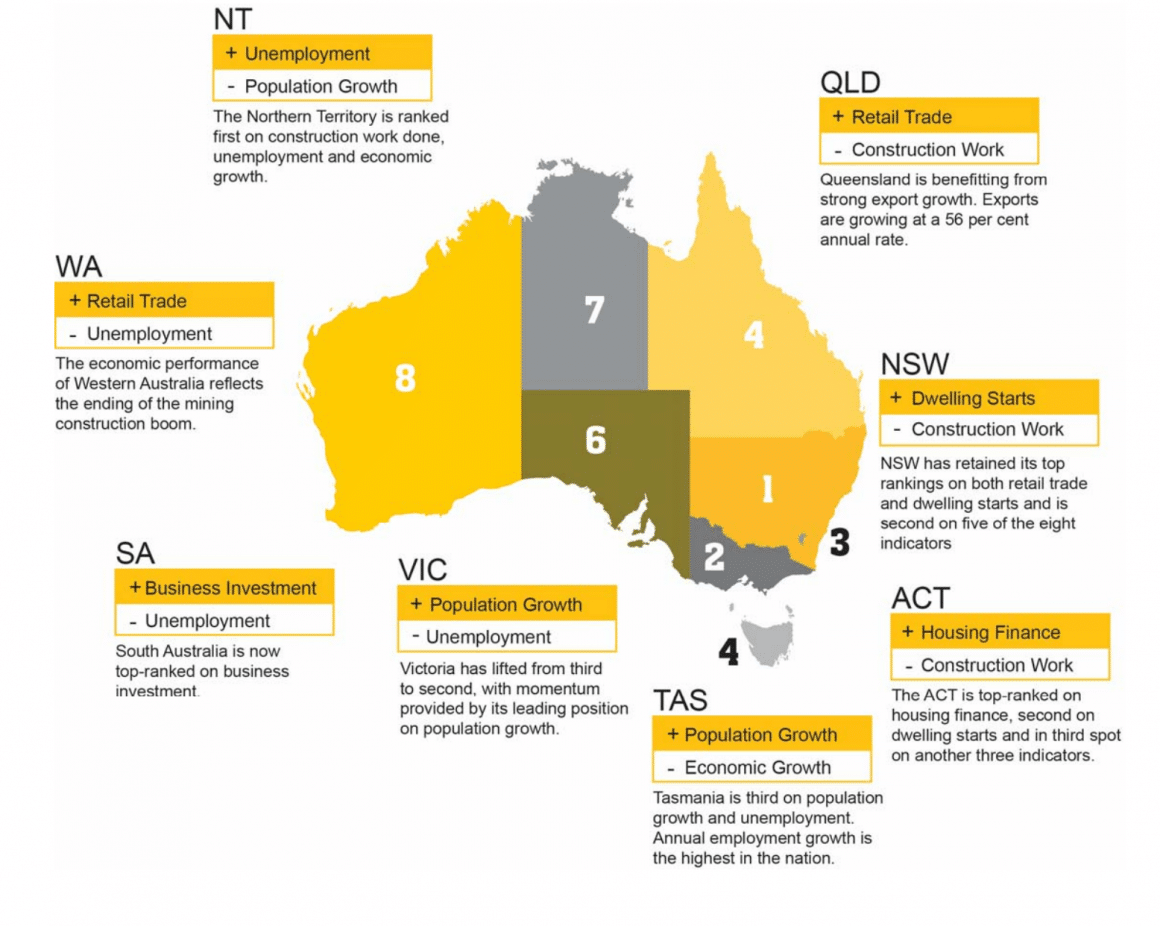