We’ll have to choose to back either Malcolm Turnbull, who seems to have disappointed almost everyone with his performance as Prime Minister over the last 6 months; or vote for Bill Shorten with his background of working with allegedly corrupt unions. 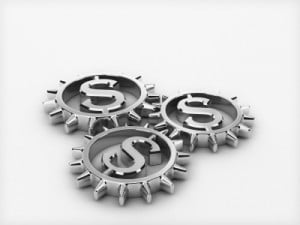 And as the election campaign unfolds both sides will be aiming at our hip pockets.

Malcolm Turnbull launched a campaign warning voters of the perils of Labor’s policy to remove negative gearing for established properties purchased after July 1st 2017 and halve the capital gains tax discount to 25%.

He says that Labor’s housing plan would “sledgehammer” the property market as well as penalising mum and dad investors who are using negative gearing to build their financial futures.

Turnbull’s intention is to convince those 67% of voters who already own or are paying off their homes that Labor’s plan to curb negative gearing will reduce the value of their home, their castle, their biggest asset.

And on my reading of the effects of Labor’s proposed tax reforms, he’s right.

On the other hand, it’s Labor’s task to convince Australians that a minority (those 1.8 million ugly, greedy property investors) are distorting the housing market and making it harder for first-home buyers to enter the market. 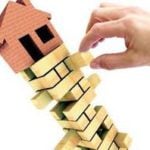 According to Labor, their proposals would boost housing supply, putting downward pressure on house prices and help first-home buyers enter the market.

They also suggest these reforms will save the Budget $32 billion over the next decade.

However recent reports suggest that Labor is working on false economic models, ignoring warnings that their policy would push down house prices, hit economic growth and put 70,000 households into rental stress.

In my mind Labor’s negative gearing policy will create a short term property bubble with investors rushing into the market in the year before the new laws come into play.

It’s much like when the end date for first home owner grants was announced, it brought forward demand which was followed by a slump in the first home buyers’ market.

This time it’s likely a tsunami of people will be wanting to get into property investment in the year after the election, causing price inflation before the policy gets up and running, which could then lead to property value declines in late 2017.

It will direct investors to the wrong properties.

If Labor is elected to government and its negative gearing policy comes into play, many beginning investors will be directed to new high-rise apartments in our CBDs and new house and land packages in the outer suburbs, naïvely believing these will make good investments.

Unfortunately, many will suffer the same fate the majority of investors in these specific sub- submarkets have endured in the past, with low capital growth, no scarcity and lack of rental growth.

But it gets worse…

When these investors try to sell their properties (and remember in the past up to 50% of investors need to sell up in the first five years because they got it wrong) they will be selling “second hand” properties – not new properties – and will find the value of their properties have fallen significantly as now only owner occupiers, and not investors, will be interested in them.

Even worse, the young owner occupier couple, who owns the house next door to these investors in that new estate in the outer suburbs, will find the value of the homes coming back onto the market falling thereby decreasing the value of their home that they worked so hard to save a deposit for.

Yes, houses are expensive in Australian, and sure it’s difficult for first home buyers to get into the market.

By the way… there’s nothing new about this, it’s always been difficult for first-time buyers to get on the market.

And like in all large international cities – London, New York, Paris – it seems to be getting more difficult for young families to buy close to the CBD or in the suburbs of our big capital cities in Australia.

But the answer is not to disenfranchise close to 7 million Australians who already own homes by lowering the value of their homes or to penalise the 1.8 million property investors in Australia who are taking a punt to secure their financial futures.

You make also wish to read: