The ABS released its Detailed Labour Force figures for the month of June 2015 which confirmed an ongoing trend towards capital city employment and regional unemployment.

Total employment in Sydney has increased robustly over time to around 2.5 million, while regional employment has been stuck around 1.2 million for half a decade now.

The cumulative employment growth chart shows that while there was some decent regional employment growth through the latter stages of the mining investment boom, this has now stalled over the past half decade.

Consequently there is a gradual but definitive divergence taking place between city and regional labour markets.

In June the Greater Sydney unemployment rate declined to just 4.7 per cent, but regional unemployment is still trending upwards.

The impact of the mining boom is stark.

The impact of the “once in a century” mining boom is stark when viewed in these terms. Alas those glory days are now in the past.

That’s not to say that all capital city labour markets are faring well – Adelaide isn’t.

Total employment in Adelaide has now declined by 6,900 over the past four years as its manufacturing base is eroded.

The monthly data for unemployed persons and unemployment rates is not particularly reliable, but smoothed on a rolling annual basis there has been a clear trend towards rising regional unemployment, particularly in Queensland and New South Wales.

Again, the monthly data is not particularly reliable, so below the capital city employment rates have been smoothed on a rolling annual basis.

The data shows that low interest rates are working to some extent in Sydney where the unemployment rate has declined all the way to 4.7 per cent in June 2015. An unemployment rate downtrend is also in place in Brisbane (5.2 per cent) and Melbourne (5.8 per cent).

On the flip side, Adelaide is trending up concerningly, and Perth continues to trend up from a position of near full employment in Q2 2008.

Although no longer included in my chart above, it’s a fair assumption that Darwin may shape upwards in a similar vein to Perth over time.

Overall, employment growth is all about the capital cities these days, with close to three quarters of the net increase in employment accounted for by just four capital cities – Greater Sydney, Melbourne, Brisbane and Perth – since June 2010.

Not so much doing elsewhere as the resources investment boom turns to capex bust and manufacturing continues to fade as a share of total Australian employment. 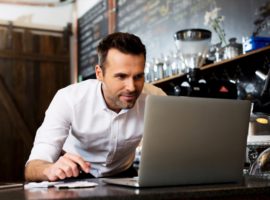