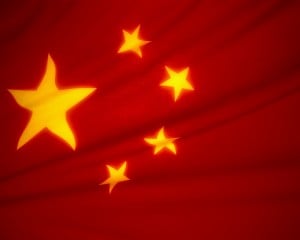 Nevertheless its growth remains at miracle levels. At this pace, China would appear to remain on track to become the richest and most powerful country in the world, bar none.

In a scenario where Chinese “miracle” growth continues around 5-6% for three decades and gradually slows to the average world growth rate, the average Chinese citizen would be as wealthy as the average American.

But ongoing Chinese growth miracle seems an unlikely outcome, when compared to the history of emerging economies.

Instead, it is likely China will have to grapple with what is called the “middle income trap”.

This is because China’s income level is currently at a level where many countries seem to stagnate.

An example of this can be seen in the figure which charts per capita income for China, Turkey and Brazil as a percentage of the United States.

It shows that, despite its remarkable growth, China’s income gap with the US has only reached the level that Brazil and Turkey had already achieved by the 1970s.

Moreover it can be seen that, since the 1970s, Brazil and Turkey made practically no further ground in closing the gap with the US.

According to a 2012 World Bank report, this slow growth pattern is typical of middle income countries.

Specifically, of 101 countries that were “middle income” in 1960, only 13 broke through the middle income band to become rich countries.

Thus, based on history there is a reasonable concern that China’s growth will slow to an extent that it stops catching up with the West. China would then begin to look like like Brazil or Turkey in the sense that per capita income remains well below Western levels and there is a constant threat of political and economic instability.

Causes of the middle income trap

Unfortunately we don’t know very much at all about why there appears to be a middle income trap.

The authors of the World Bank study who coined the term suggested it was due to rising wage costs that make exports less competitive.

It is true that wage increases can hurt some export sectors, but market forces prevent this happening for the economy as a whole.

Other explanations suggest the middle income trap results from too much investment in physical infrastructure at the expense of education and skills.

Alternatively it could be a result of political failure.

So while there are many descriptions of the middle income trap, there is no clear theory and hence there are no testable propositions. It remains an elusive statistical fact.

The lack of a clear view about the causes of a middle income trap makes it difficult to know whether it is a pattern likely to continue in the future.

In a recent study, therefore, we tried to get a better sense of the predictability of a middle income trap from a purely statistical viewpoint.

For example if, for any reason, a country was unable to change its growth rate, the growth rate would exhibit persistence over time.

That is, if things got better by chance one year, there would be some market or political force that brings things back to trend.

Alternatively if some countries simply had a run of bad luck, or made some big policy mistakes, there may be little persistence in the data.

The growth rate might display some randomness from one year to the next.

We therefore tested to see whether we could reject the hypothesis that the path of per capita income had followed a random trend for 47 middle income countries.

Thus in the previous figure one can see that there is apparently very little difference in the trend path of Brazil and Turkey – they have similar growth rates and growth variance. But, in fact, the statistical tests show that Turkey’s growth rate has persistence, but Brazil’s growth rate is random.

So despite the visual similarity, Brazil and Turkey have very different statistical properties.

We found that only seven countries show evidence of a persistent trend toward staying stuck in the middle like Turkey.

Of the rest of the countries, half had a trend that was random like Brazil. For most countries there was no evidence of a persistent trend toward the middle income band. 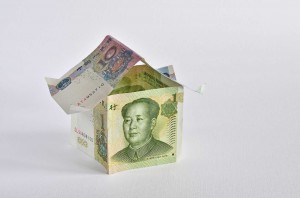 So only very few countries’ per capita income time paths are consistent with the pattern that we would expect to see if they were constrained to their current relative income level.

That is, perhaps what appears to be a pattern of behaviour across many countries, is just the way things panned out.Although these results are descriptive, they could be taken as evidence against a structural reason for a middle income trap.

So despite the bleak historical record, maybe good statesmanship, market friendly policies and bit of luck are all that is needed to sustain growth.

For China therefore, as a middle income country, the historical odds are against replicating the Japanese or South Korean economic miracle. Thankfully, however, the past need not be a good predictor of the future.