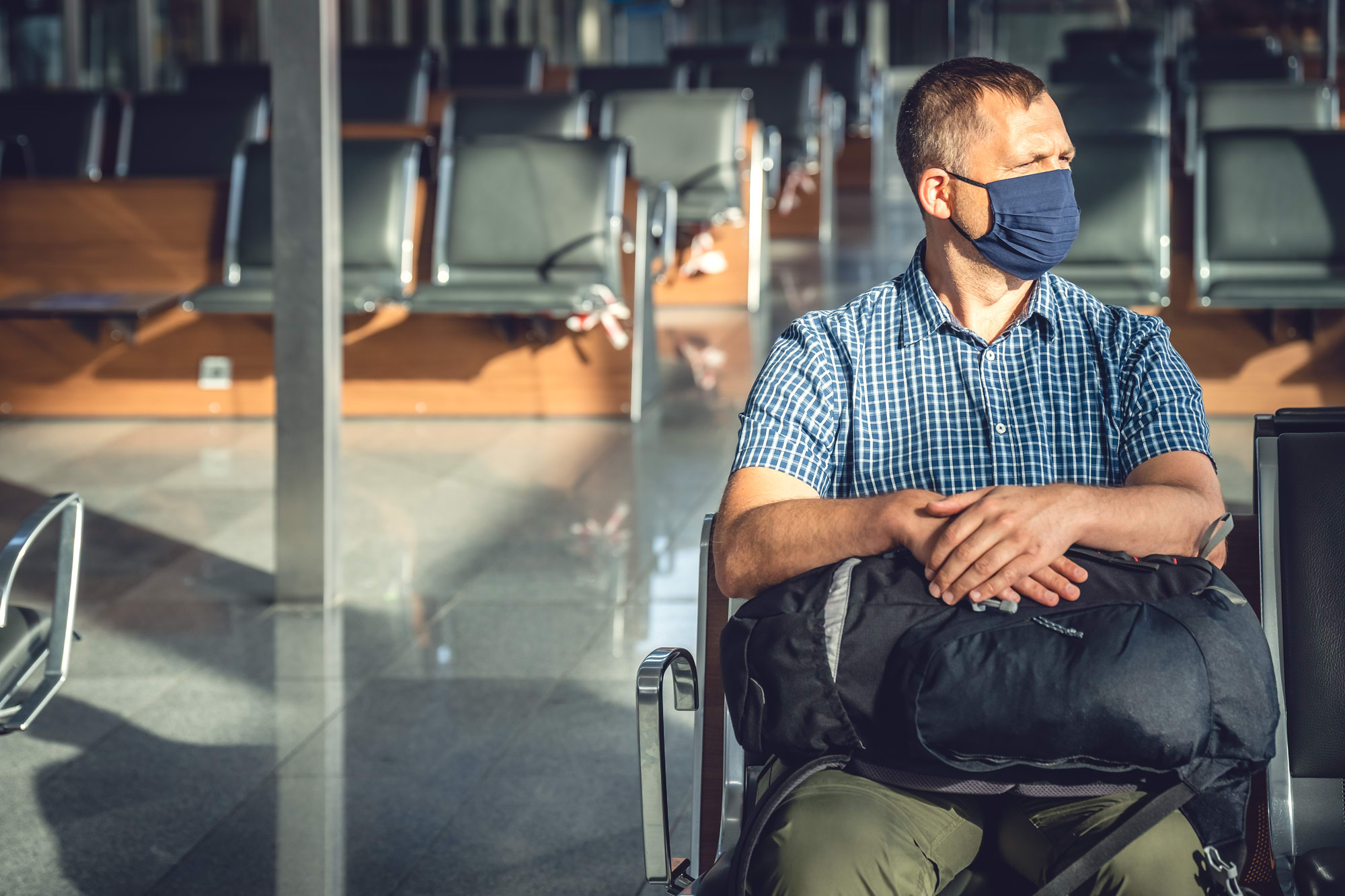 The Covid-19 pandemic has changed the way we live our lives, forever.

Covid offered up the opportunity to shape our cities for the future.

The impact Covid-19 had on overseas migration, and subsequently, population growth has been immense.

Moving forward people will pay a premium to live ina. a20 minute neighbourhood

The Covid-19 pandemic has changed the way we live our lives, forever.

Not only is work-from-home the new norm, but there’s also been a sea- or tree-change migration away from our city centres to regional areas as people look for a home that offers the whole lifestyle package.

At the same time, property prices have surged as demand reached new-found highs.

And worryingly, the pandemic-induced lockdowns also slashed our population numbers. 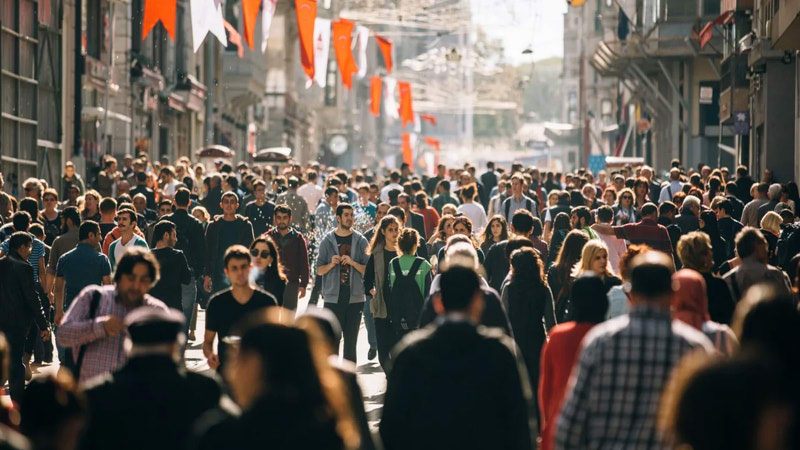 This is particularly important because Australia’s property market is underpinned by the influx of skilled migrants, students, and tourists, and a robust birth rate.

As Bernard Salt explained in a recent column for The Australian the coronavirus has changed the demographics of Australia’s transient workforce.

He uses ABS data to show that in June last year, Australia’s overseas-born permanent resident population numbered 7.5 million, or 29% of the total population.

The data also shows that over the two years to June 2021, Australia’s overseas-born permanent resident population dropped by 30,000.

“This was the Covid-inspired upshot of foreign students and backpackers going home versus expat Australians coming home,” Salt explained. 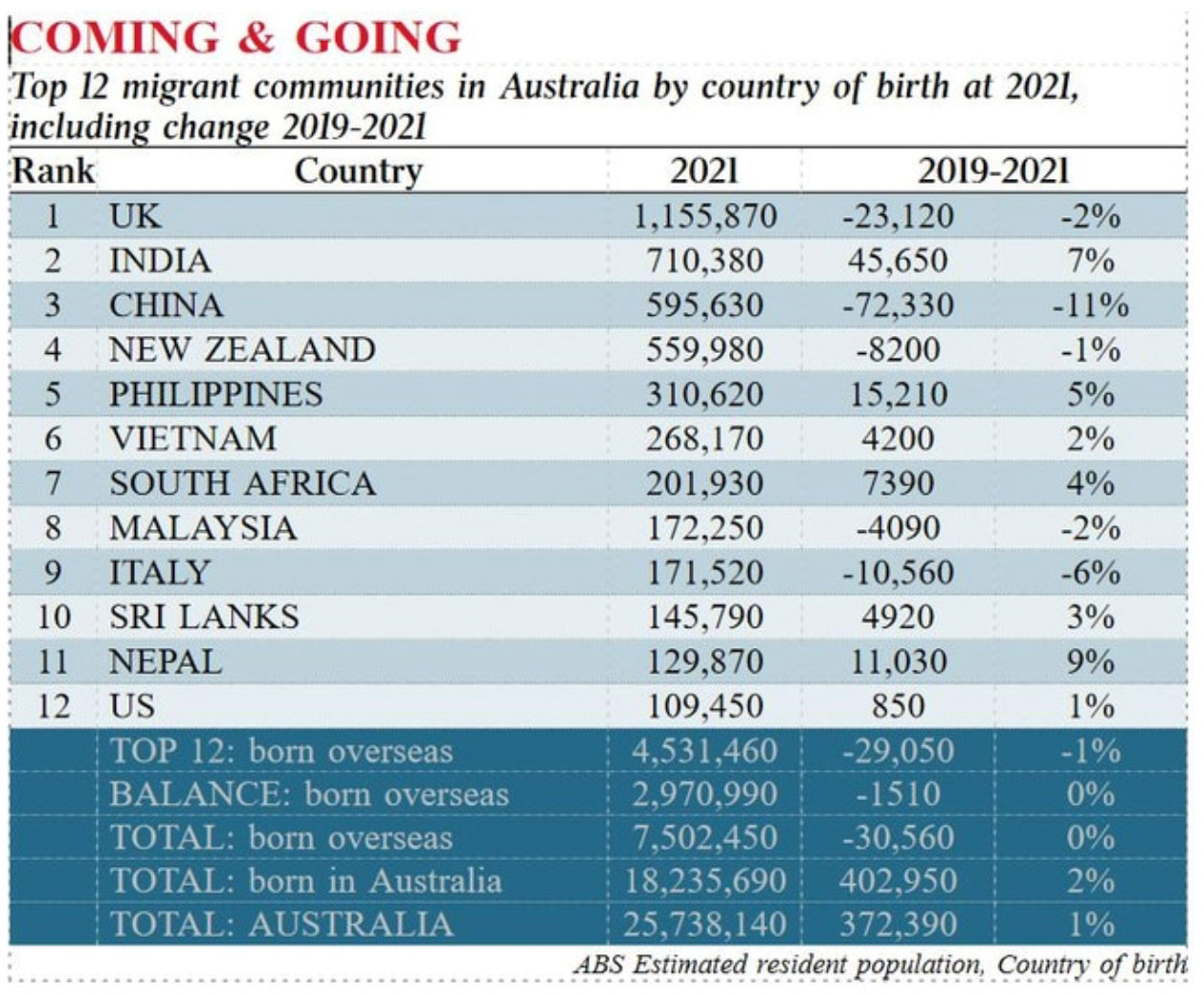 So, what does this mean for our major cities?

The dwindling number of migrants has mostly impacted Melbourne.

ABS data shows that there was a net reduction in the estimated resident population of all Melbourne municipalities extending between Brimbank and Maroondah.

Despite the population dropping across Melbourne in the 2021 financial year, it jumped by more than 2% in Wyndham, Melton, Moorabool, Mitchell, and Cardinia.

Numbers also appear to have increased along the Surf Coast and the Bass Coast and in the city-edge, Baw Baw as Melbournians go in search of lifestyle suburbs. 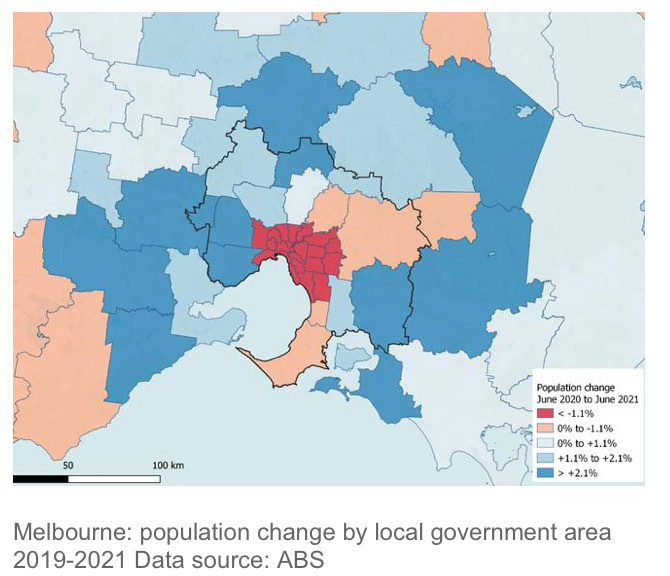 On top of this, the work-from-home movement has further driven the “city-escapee movement into a kind of “Goldilocks zone”, extending up to 150km from the Melbourne CBD”, Salt said.

And unsurprisingly, a similar pattern has appeared in Sydney.

There were net losses in the population across the eastern suburbs, in Hornsby on the north shore, and in Cumberland and Fairfield in the west.

Meanwhile, over the same period there was strong growth in The Hills shire as many Sydneysiders sought out the serenity, and the salubrity, of Sydney’s city-edge suburbia, the data shows. 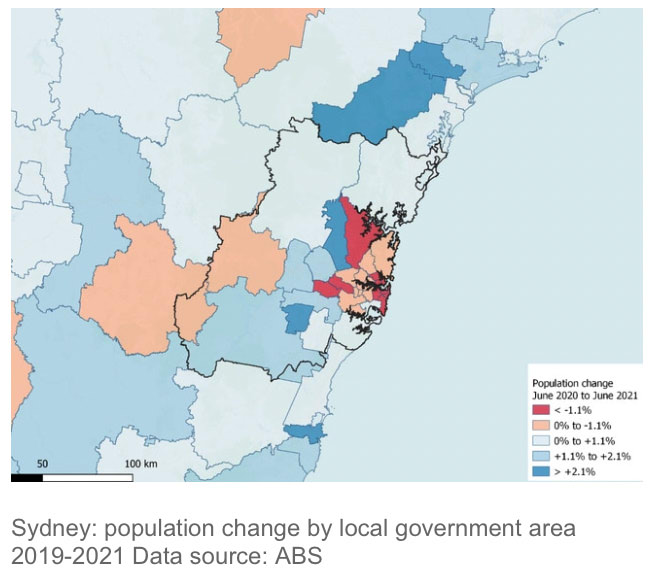 Then beyond metropolitan Sydney, places such as Cessnock in the Hunter Valley region added more than 2% to its population base thanks to the shift to regional areas.

Covid hit the southern capital hard - across the 2021 financial year, Melbourne lost 60,000 residents (it would usually add around 110,000 in this timeframe).

Sydney faltered too, but not as badly.

What Covid does appear to do is offer up the opportunity to shape our cities for the future.

Do we need huge warehouses and city-centre high-rise office towers if the concept of the workplace has shifted and everyone is now working remotely?

“Here is Covid-affected Melbourne’s opportunity to seize the initiative, to work closely with the property industry, and to rebuild a better version of the city that was left behind,” Salt said. 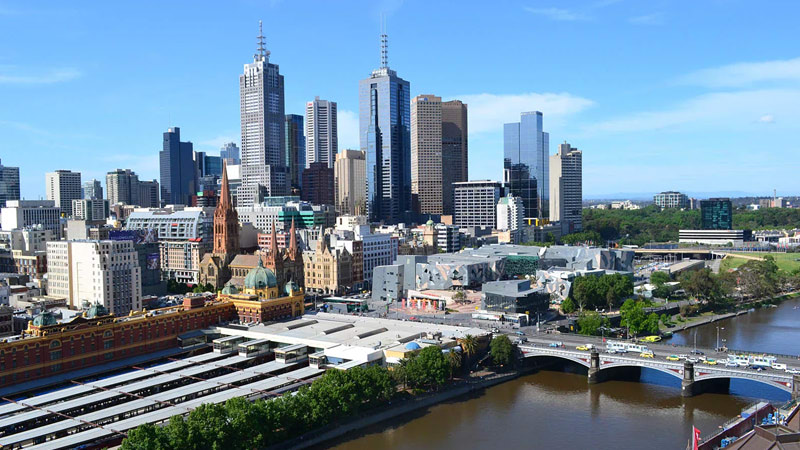 The impact Covid-19 had on overseas migration, and subsequently, population growth has been immense.

All cities recorded a sharp drop in their population with only the country’s birth rate holding up the numbers.

But now the international borders have reopened and migration has resumed, we can expect population numbers to jump, and quickly.

The difference between pre-Covid and now is that our way of life, our cities, our workplaces, and what we want from our homes have all shifted.

Gone are the days when our home was just a place to lay our heads.

Gone are the days of commuting to a 9-5 job in the CBD.

Why neighbourhood has never been so important when investing in property

This means gone are the days where our ‘home’ was simply the place we rest our heads and enjoy some downtime between work and our social lives - the coronavirus social distancing has put an end to life as we once knew it.

If social distancing and the Covid-19 environment have taught us anything, it has taught us the importance of the neighbourhood we live in.

If you can leave your home and be within walking distance of, or a short trip to, a great shopping strip, your favourite coffee shop, amenities, the beach, or a great park, the recently implemented coronavirus restrictions might seem a little more palatable than if you had none of that on your doorstep.

This concept is known as the ‘20-minute neighbourhood’.

That's why choosing the right neighbourhood is important for property investors

In short, it’s all to do with capital growth, and we all know capital growth is critical for investment success, or just to create more stored wealth in the value of your home.

Sure there is always the opportunity to add value through renovating your property or making a quick buck when buying well.

But these are off’s and won’t make a long-term difference if your property is not in the right location because you can’t change its location.

This is key because we know that 80% of a property’s performance is dependent on the location and its neighbourhood.

And it’s likely that moving forward, thanks to the current environment, people will place a greater emphasis on neighbourhood and inner and middle-ring suburbs where more affluent occupants and tenants will be living.

These ‘liveable’ neighbourhoods with close amenities are where capital growth will outperform. 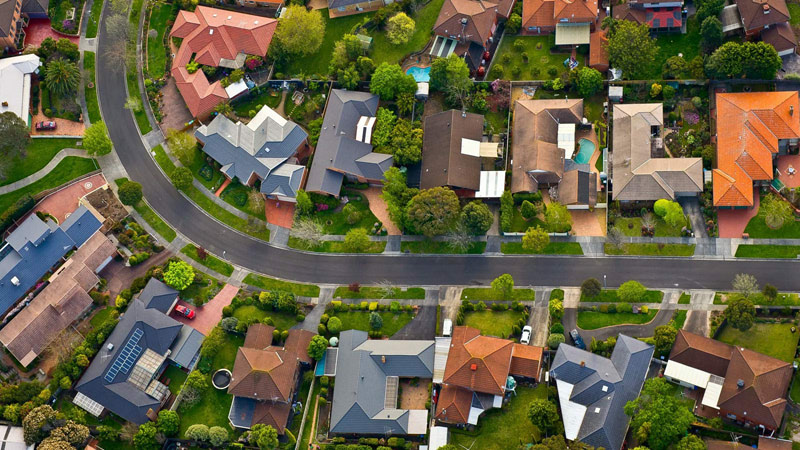 Neighbourhood has always been a key factor to consider when buying an investment property, and now it’s even more important

I've always looked for desirable neighbourhoods in aspirational suburbs - locations where people aspire to live - which are very different from locations where the only reason people live there is because they can afford it.

Not only do we already know that location does the heavy lifting when it comes to capital growth, with some areas fetching 50-100% greater capital growth than other locations, but we’re also in unprecedented times which has forced us to adapt to a new normal.

Many inner suburbs of Australia’s capital cities and parts of their middle suburbs already meet the 20-minute neighbourhood tests, but very few outer suburbs do because there is a lower developmental density, less diversity in its community, and less access to public transport.

But it's about much more than walkability.

For outer suburbs to become 20-minute neighbourhoods, then two key requirements must be met.

Be cautious with the COVID Census