Dwelling values across the state are currently 13.7% above the previous record high. 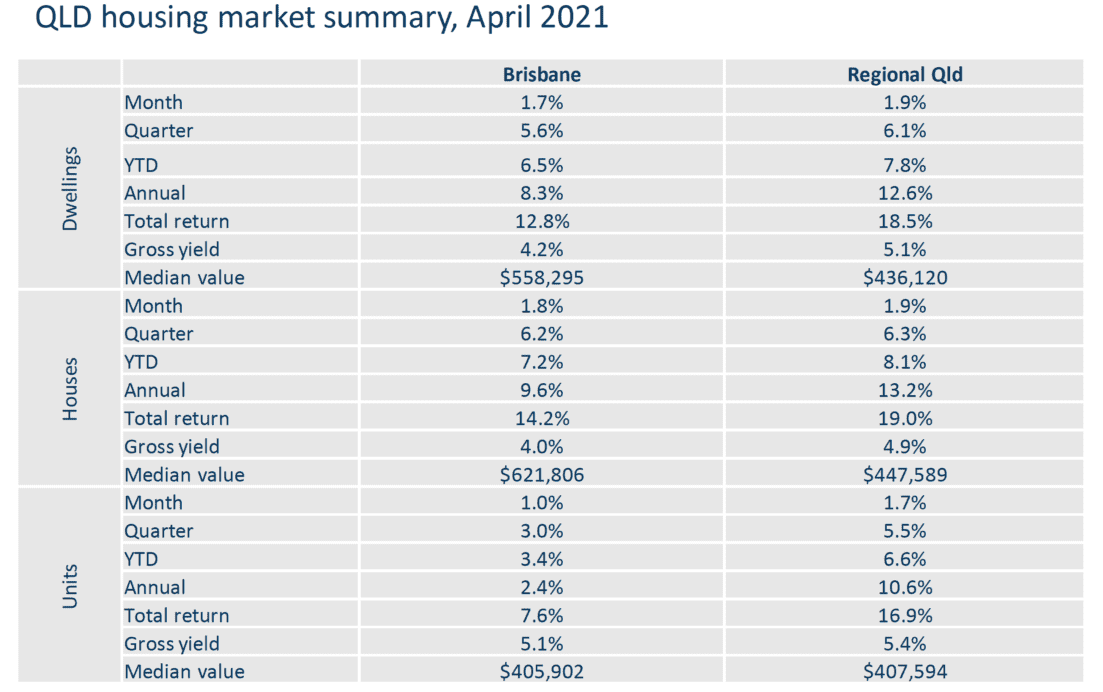 Across the 82 SA3 submarkets of Queensland, 77 saw an increase in dwelling values over the three months to April 2021.

The highest quarterly increase was 10.2% across Nambour in the Sunshine Coast. 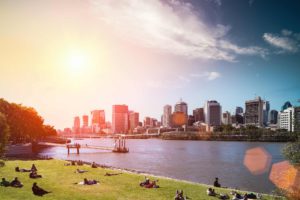 Across Brisbane, the largest quarterly increase was across the Kenmore – Brookfield – Moggill SA3 market.

As with Sydney and Melbourne, there is a strong correlation between the prices of dwellings in markets and recent growth performance.

This means the ‘higher end’ of the Brisbane market is generally making larger gains.

CoreLogic tiered indices data suggests that across the top 25% of values in the Brisbane market, the change in values over the 3 months to April was 6.8%, compared to a 5.3% rise across the middle of the market, and gains of 3.2% across the bottom 25% of values.

Areas with large, family homes have been particularly popular.

Brisbane sales volumes increased 25.6% in the 12 months to April, and the rest of state saw annual sales volumes 40.4% higher over the year.

There were 70,152 dwelling sales in the 12 months to April 2021 across Regional Queensland, which is the highest volume since May 2008.

There are multiple factors which have contributed to an increase in demand across the state alongside low mortgage rates.

Interstate migration to Queensland has remained a tailwind for housing demand.

Migration data suggests that the Sunshine state has been particularly popular since the onset of COVID-19.

The latest (provisional) data for the December 2020 quarter suggests that net interstate migration to Queensland reached 9,763, the highest volume since December 2003.

More detailed data on recent quarters of interstate migration suggests that 27.5% of the quarterly increase in arrivals came from Melbourne.

Together, Melbourne and Sydney departures accounted for 42.5% of interstate arrivals to Queensland in the December quarter. 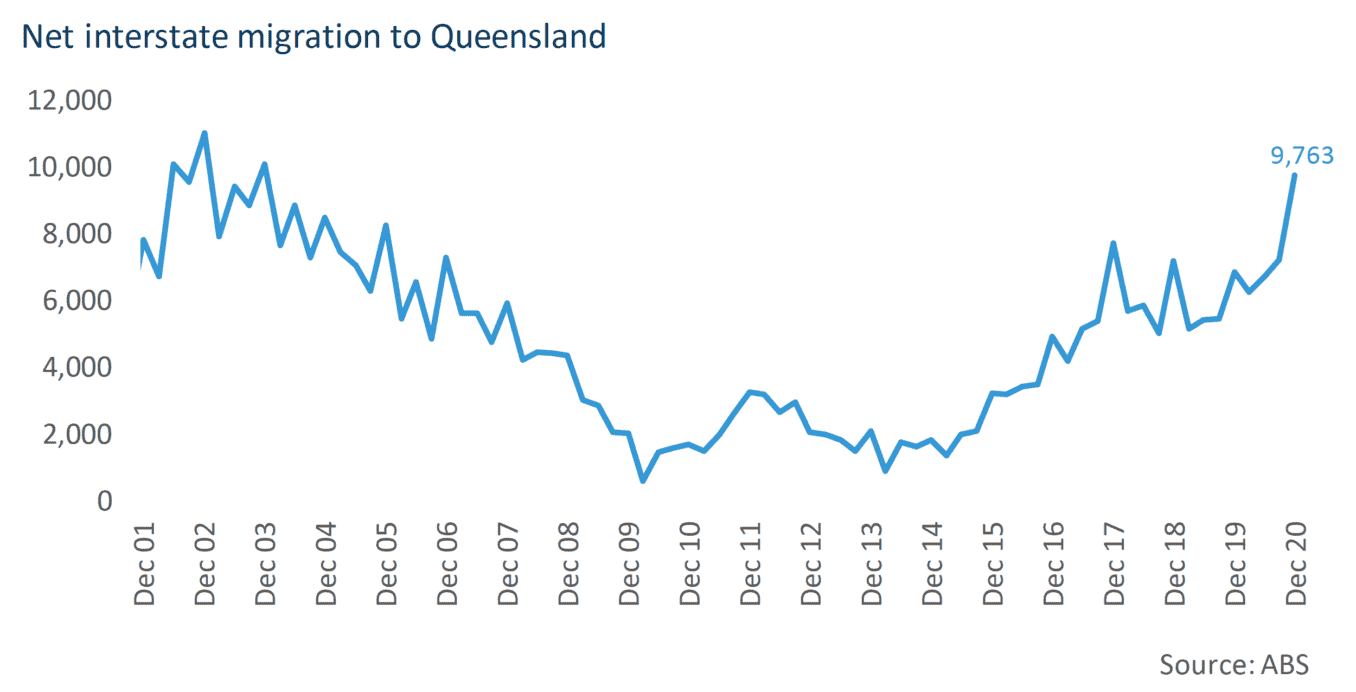 Affordability is another key driver.

Another appeal of housing markets across Brisbane and the rest of Queensland, is that values remain relatively low, particularly relative to recent acceleration of values across the other east coast cities of Canberra, Melbourne and Sydney.

With typical mortgage rates at record lows, CoreLogic estimates around 41 % of properties across Greater Brisbane would be cheaper to service a mortgage than rent.

The high share of properties that may have cheaper mortgage serviceability than rent is also a function of fairly robust growth in rents across Brisbane, where house rents increased 6.4% in the 12 months to April, and unit rents increased 2.1%.

Strong economic conditions across the state have also helped to fuel demand in a range of housing markets.

Across Wide Bay, a recent uplift in domestic tourism, coupled with a desirable lifestyle offering for owner-occupiers, has led to the highest year-on year uplift in sales volumes of the regional Queensland markets.

As tourism operators try to attract staff to the region, vacancy has reportedly become so low that employers are trying to source rental accommodation for employee share house living arrangements.

The outlook for Queensland housing markets remains strong throughout the rest of 2021.

There are pockets of relatively weak performance associated with resource markets, but these may eventually pick up amid the general rise in commodity values.

Editor’s Note: This is an extract of Corelogic’s Quarterly Economic Review

'Brisbane Property Market so far this year' have no comments