Despite booming property markets around Australia, there are some suburbs bucking the trend, with house prices falling by almost 13 per cent in some postcodes over the past year, according to Domain’s latest House Price Report.

Not surprisingly, some of the biggest house price falls were in Melbourne where which was lockdown for longer than any other city in the world. 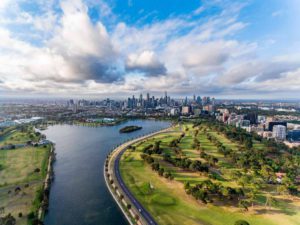 This meant property inspections were limited and at times impossible, and auctions were held online.

“Coronavirus and people’s desire to find more space as they worked from home had impacted some areas in capital cities, particularly Melbourne.

It could be that people moving further away from the cities during COVID has seen some of these prices fall.

Sydney only saw house prices fall in one suburb – Cabramatta – in the city’s south-west, where they dropped by 2%.

Despite Brisbane’s booming property markets and an influx of buyers (both owner-occupiers and investors) coming from the southern states, 5 suburbs northern and western suburbs saw price falls.

Dr. Powell said price falls in more premium suburbs, like those in Perth, could start a ripple effect of price falls to other suburbs.

“What’s really strong in the market cycle is you do get that ripple effect, when prices reach their peak they start to come off – the upper end leads this.

So some of these more premium areas that have had double-digit price growth over the past year could see falls while other areas moderate.

“It will be very interesting to see what the future holds.”

ALSO READ: House prices in popular school zones soar as much as 46%