Despite being generally considered the nation’s most prosperous generation almost 38 per cent of baby boomers believe they won’t have enough money to fund their retirement!

The Baby Boomer Housing and Lifestyle Report released last year by Realestateview.com.au, found the majority of baby boomers do not believe they are well off and are concerned over the impact of current rising house prices. 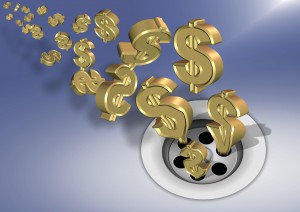 Baby boomers looking to downsize to a more manageable home fear their retirement dreams will be “crushed” by the property market.

Victorian baby boomers were the most affluent, with more than 40 per cent looking to purchase a home for more than $600,000 including 10.9 per cent of them prepared to pay over $1 million.

Affordability was more of a concern in NSW, where more than 60 per cent were either uncomfortable with house prices or being out priced by others in the market, compared to a national average of 49 per cent.

And affordability concerns will likely get worse in the future, according to the baby boomers.

About 56 per cent of those surveyed felt younger generations would have a tougher time getting onto the property ladder than they did.

Here's a great infographic of the report results:

Editors note: This article has been republished for the benefit of our many new readers