On a recent Real Estate Talk show, Pete Wargent looked at the trends in the property market that seem to be pointing to a good time ahead for at least two Australian states.

Kevin:  From time to time, we get so engrossed in just looking at the weekly data figures to try and work out what the market is doing.

I read a very interesting blog that was written by a regular contributor to our show. We welcome him back in, too. Pete Wargent.

By way of introduction, Pete is a Chartered Accountant. He’s a Chartered Secretary and has a financial planning diploma.

He achieved financial freedom at the age of 33 as detailed in his book “Get a Financial Grip: A Simple Plan for Financial Freedom” which we’ve discussed with Peter on a number of occasions.

Let’s look at how you’re looking at the Australian economy. In particular, the housing market at present.

Pete, what do you think are the trends?

Pete:  As we know, the Reserve Bank is aiming to rebalance the economy away from the mining construction boom, and particularly towards dwelling construction which impacts the housing market.

Building approvals may now have just passed that peak, but there was a peak of more than 195,000 dwellings on an annual basis.

That’s not just building and construction that’s now in the pipeline.

There’s a slightly different cycle, though, from previous cycles that we’ve seen and developers have sought approval for record numbers in apartments, though some areasand regions could get over-supplied with units.

The data shows that credit growth for investors is growing much more quickly than it is for home owners in this cycle, largely thanks to low interest rates.

The big picture, especially in the capital cities, is that there are huge numbers of properties being acquired as rentals right now and that’s putting downward pressure on rent and vacancy rates in some areas are rising.

Of course, there are always pockets and areas which bug the trend.

Sydney, for example, is seeing its rents up by more than 20% for an apartment over the last five years.

The big picture is rental growth in most cities is now stalling.

Kevin:  Let’s talk about some of the cities.

Of course the growth in Sydney in recent times has been somewhat astronomical. Do you see that continuing? 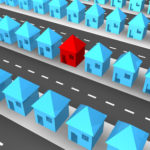 Pete:  I think forecasts for the next year are still pretty good for Sydney.

Supply is generally coming on line.

I think it’s been a fairly ordinary five or six years for the Brisbane property market for one reason or another, but housing, finance and mortgage data suggests that good times can be just around the corner for Brisbane, particularly home owner finance commitments.

They’re heading towards around 50% higher than they were during that 2011 low.

Investors are likely to be tempted by a more attractive yield in entry prices, too.

Kevin:  I know you take more of a global view on real estate. I’d be keen to get your thoughts on affordability. We hear a lot in Australia about how unaffordable property is.

On a world scheme, how do you see it, Pete?

Pete:  Our office is based over in London, because London property is certainly no more affordable in many cases, and less affordable over here, particularly for detached housing.

It’s difficult to give an overarching viewpoint on that.

It largely depends on the city and the suburb, particularly the type of dwelling that people are looking to buy.

Kevin:  Let’s look around the country very quickly. Where do you see the major growth centers around Australia in the next year or two?

Pete:  I think as we already covered off there, the Sydney market has still got the momentum behind it.

Probably looking towards Brisbane would be one of the outperforming cities for the next two or three years.

That said, Queensland does have some headwind as the mining construction boom unwinds. Interstate migrations are slowing down a bit in Brisbane. And also, the unemployment rate is ticking up little amounts towards 7%.

You need to be cautious. I think assets will be particularly vital in this cycle.

Kevin:  In Western Australia, even in this show, we’ve had some concerns expressed about the WA market and how it’s in for a bit of a rough patch over the next twelve months to two years. Do you agree with that assessment?

Pete:  It seems to be the general trend. Most of the data seems to be suggesting that the economy in general is slowing down.

Job growth is slowing and unemployment is ticking up. I think, for the Perth market in particular, it largely depends on the type of property and the location that you’ve got.

Generally speaking, houses are the favored asset in Perth as opposed to the apartment stock.

If you’ve got a property in good land located close to transport links, you’ll probably find that the market holds up surprisingly well.

Kevin:  Pete Wargent, thank you very much for your time.