Are foreigners taking our jobs?

It's been pointed out that most full time new jobs since the financial crisis have gone to overseas born workers.

No doubting that this is absolutely true on a net basis.

A quick glance at the population pyramid explains part of the reason.

Immigration policy encourages workers under the age of 30 to come to Australia.

Meanwhile at the other end of the spectrum, mostly Australian-born workers are dropping out of the workforce, or shifting to part time employment.

Thus on a net basis, most of the growth in new full time jobs is accounted for by overseas born employees. 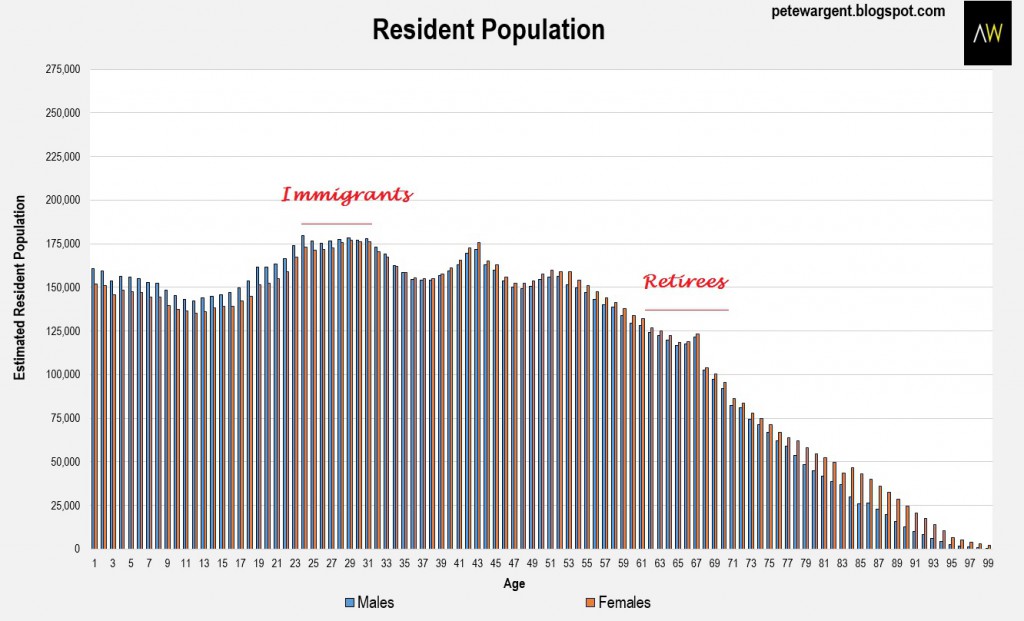 There's no doubt that the economy has been through a sticky patch, and youth unemployment remains a little too high for comfort. 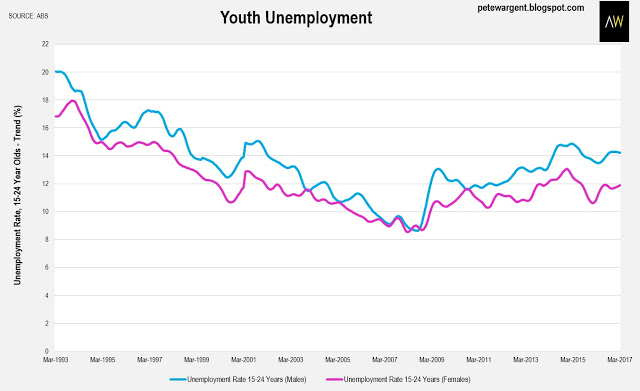 Overall, immigration is a force for good, though, and improves the economy, as documented by the Productivity Commission:

"Younger and more skilled immigrants are best placed to make a positive economic contribution to Australia.

These types of immigrants provide a demographic dividend by increasing the proportion of people in the workforce, thus reducing the negative impacts associated with an ageing population.

Skilled immigrants are also more likely to generate spillover benefits through enhanced productivity, innovation, and greater flexibility to move to other occupations in response to changing labour markets."

The most recent Intergenerational Report projected that the population of Australia will likely expand significantly over the next four decades, concluding that: