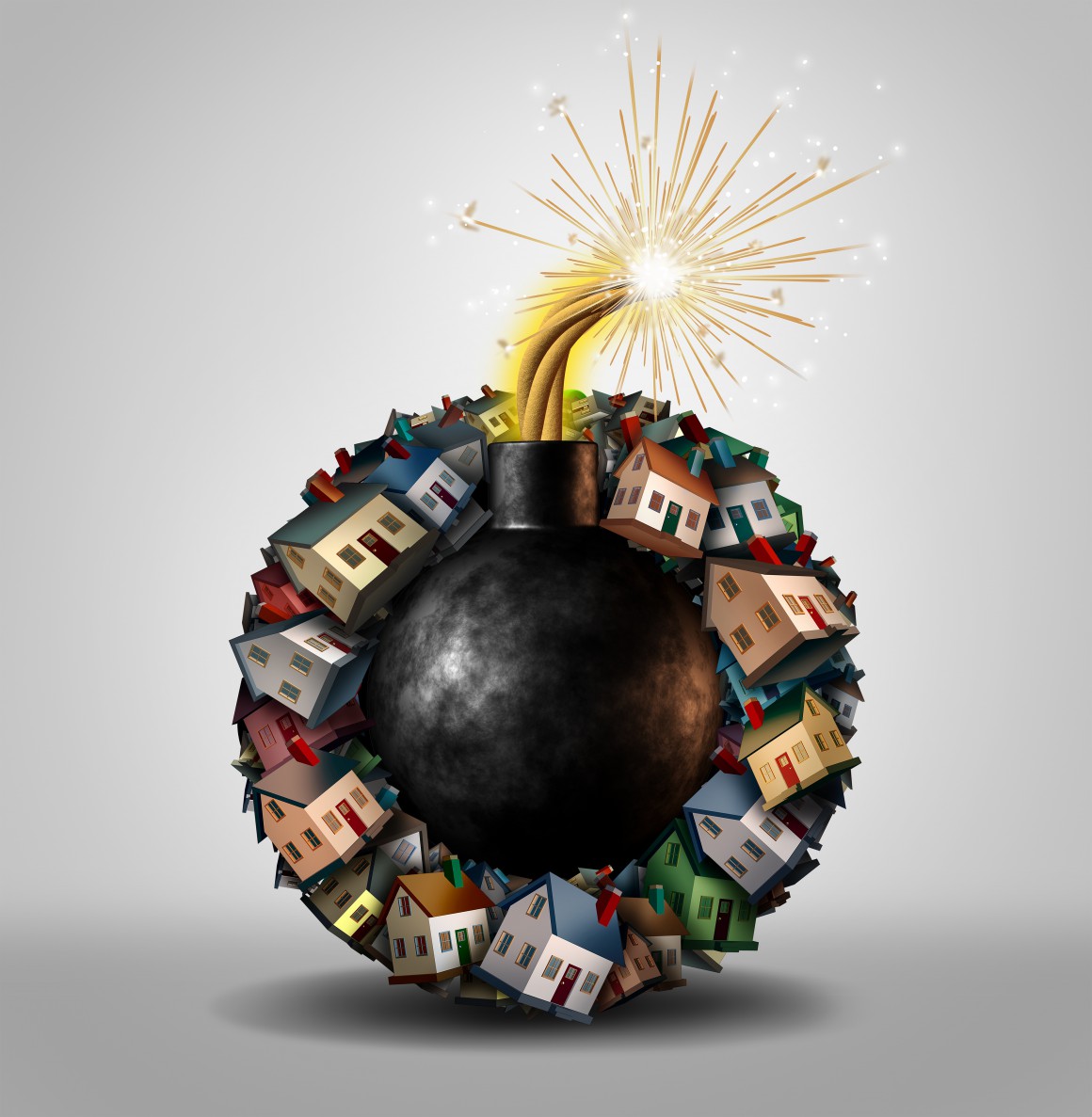 A ticking time bomb for property investors. Prices will fall 40%. Is 60 Minutes right?

Are property prices in Melbourne and Sydney really going to fall by 40 percent? 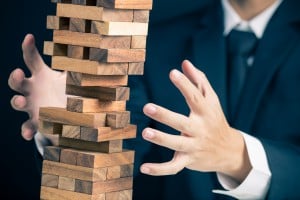 “It’s no secret that Australia is experiencing a downturn in the property market. But for Aussies who own their own home or have a mortgage, there’s worse news. Many believe calling it a downturn is foolishly optimistic – the slump we are in is more like falling off a cliff.

“Real estate and finance experts you’re about to meet predict the value of your house could slide by as much as 40 percent in the next year. Yes…two fifth of your home’s worth wiped out in the next 12 months…”

It triggered a flurry of emails, Facebook posts and tweets to me as well as a desperate phone call from my sister who has just purchased a house and was in a panic, fearful that she had made a terrible mistake.

My response to one concerned tweeter was that I found it curious how Channel 9 ran two fantasies shows one after the other pretending they were reality shows – The Block followed by 60 Minutes.

Every few months, the media finds someone who’s willing to stick their necks out and offer a property market doomsday scenario, predicting the end of the world for property owners in Australia.

This happens in spite of the fact that such predictions have been proven wrong time and time again...

It’s the property version of the Women’s Magazines telling us Jennifer Anniston is pregnant again or Prince Harry and Megan are having a baby. It's amazing the click bait they get and how many magazines they sell using the same headlines that prove to be wrong over and over again.

It's not the first time we've had apocalyptic property market predictions in the media, and it won't be the last...

Earlier this year I interviewed US author Harry Dent on my Podcast.

He was on a tour of Australia once again to promote his latest book predicting a coming Global Crisis worse than the GFC or even the Great Depression.

And there have been others that 60 Minutes is given too much airtime to:

But is the sky really going to fall this time?

The simple answer is no.

Sure, we’re in the slow down phase of the property cycle, but that's how the property markets work. Booms don't last forever.

They’re just one stage of the property cycle and eventually lead to the next stage the downturn phase.

But prices are not about to crash, we are experiencing a soft landing.

I’ll explain why in a moment but first…

It’s worth mentioning that two of the commentators featured in the 60 Minutes program publicly defended themselves afterwards saying that significant portions of their arguments had been omitted from the show.

Louis Christopher from SQM Research tweeted that the program did not cover his comments about “the safety valves that are still present in the market. E.g. strong local economies, strong population growth, banks very unlikely to fail, etc. The program covered my comments on the risks and the overvaluation only…” 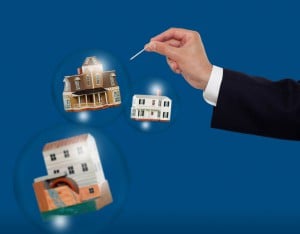 Similarly Martin North of Digital Finance Analytics explained that the segment did not discuss his central (most likely) scenario, and only portrayed a scenario that he rated as a 20 percent chance.

I also spoke with another prominent property commentator who had been interviewed for the program, but his more conservative ideas were not aired.

I found this interesting considering the good long-term track record of his forecasts.

For a property market crash, and that’s different to price growth slowing or the normal cyclically correction, you need desperate sellers willing to give away their properties at fire sale prices and no one willing to buy them.

This means for a collapse of 40 percent or so, therefore we need one or more of the following things to occur:

The positive factors underpinning our property markets include:

Interestingly most of these new Australians want to live in our 4 big capital cities and in many cases in many of the same suburbs.

And this won’t change in the near future.

Australia has a “business plan” to growth 40 million residents in the next 3 decades.

This means we will be adding the equivalent of a city the size of Canberra each year for the next 30 years.

I took over 200 years to reach 25 million people, but now it will take only 3 decades to reach that milestone to 40 million.

The Australian Bureau of Statistics recently noted that "Over the past year, trend employment increased by around 300,000 persons or 2.5%, which was above the average year-on-year growth over the past 20 years (2.0%)"

Yes, some investors took on too much debt and became speculators, taking out interest only loans with very small deposits, hoping (speculating) that capital growth would occur.

This worked out well for some who bought the right properties, but others who over paid for off the plan apartments or who bought properties in regional or mining towns learned that properties values don’t only go up as today’s hot spot can quickly become tomorrow’s not spot and property values fall.

But, in general, over the last few years lending to investors has been more responsible.

Anyone who borrowed in the last few years was “stress tested” – they could only borrow if they were mot be able to repay their interest if interest rates rose and if they paid principal and interest.

But aren’t we drowning in household debt?

If you follow the mainstream media you would think we should be worried about the rising level of Australian household debt. 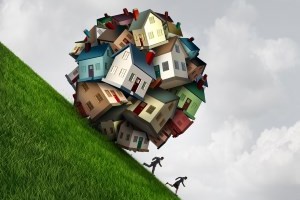 They keep reminding us that household debt in Australia has risen substantially relative to income over the past few decades and is now at a high level relative to other countries.

Then they ask what’s going to happen to all those property investors who took out interest only loans and may now have to convert to Principle and Interest?

Sure all these raise potential vulnerabilities but a recent speech by Michele Bullock Assistant Governor of the RBA , suggested while these issues are worth watching the situation is not as dire as some commentators would have us believe.

In particular much of Australia’s household debt is in the hands of those who can afford it – our wealthiest household sector and strong employment prospects and a relatively steady ratio of repayments to income have meant arrears rates on housing loans remain very low.

The facts are that although debt has risen with houses prices, the proportion of household income required to service higher debt has fallen over recent years despite low incomes growth and low real wages

Firstly, it is important that there is not one property market in Australia, and each state is at its own stage and its own property cycle.

What will happen moving forwards will depend a lot on local factors such as economic growth, jobs growth, consumer confidence and supply and demand.

Overall, the Sydney and Melbourne property markets are likely to fall another 3 to 5% over the next 12 months but digging into the latest figures from Corelogic there are some locations were property values are holding up and a number of suburbs where property prices are increasing.

And remember, you are not buying the market.

You’ll be buying an individual property within that market, at a price you couldn't have purchased the property for a year ago, and one that you'll be happy you paid today when you look back in five years’ time.

For as long as I’ve been investing in property, and that’s over 40 years now, there have been doomsayers and “chicken little’s” warning the sky is falling.

And the media has lapped up their stories.

In the meantime, while smart investors and homebuyers were out buying the right type of property, others who were more cautious were sitting on the sidelines waiting to see how things pan out.

NOW READ: A tsunami of forced sales more likely to be a trickle

Steve - you're right - it's a real shame that a program like 60 Minutes has dropped to that level. Someone famous once called it "Fake News

Please let 60 Minutes know that they are predicting the end of the Australian economy as we know it with these hysterical housing predictions by so called experts.Where is the accurate and balanced reporting? Why is everything being dumbed down to cr ...Read full version