We're still borrowing lots from the banks, with the latest commentary from the ANZ Bank showing the value of housing finance commitments rose slightly in March.

Owner-occupier approvals led the way, posting stronger growth than the investor segment for the second month in a row.

Slower growth in the investor segment is likely due to interest rate increases, primarily aimed at investors, which took place through March.

However, this latest data will not have been impacted by APRA’s additional macroprudential regulation, which was announced at the end of March.

Next month’s housing finance data will show whether this regulatory tightening is having a tangible impact on the market.

Most of the growth in owner-occupier finance was driven by upgraders.

First home buyer finance commitments increased only marginally in March (+0.3%) and continue to bump around historically low levels as a share of total finance.

We remain somewhat sceptical of the long-term impact of measures that pump more demand capacity into the housing market, such as the Super Saver Scheme announced in last week’s Budget.

The implementation of mortgage rate increases in March, and the likely impact from APRA’s most recent macroprudential tightening, are likely to encourage the RBA and the regulator that the housing market can slowly cool from here. 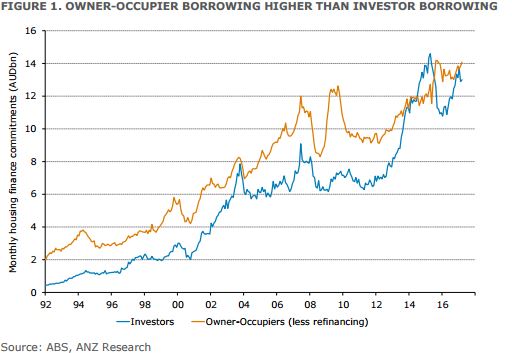 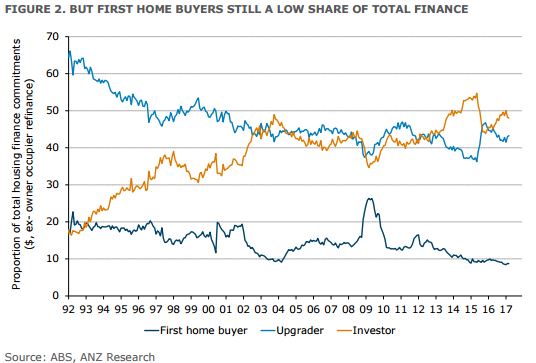 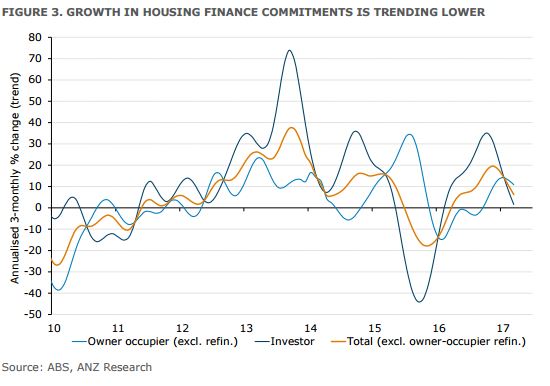