Amongst the myriad property statistics available these days is one that sometimes is given too much attention if you ask me. 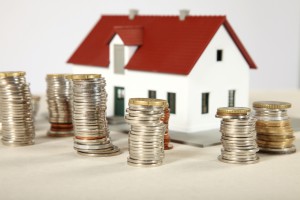 I’m talking about median prices, which on a good day, can show property investors which suburbs they can likely afford to buy into.

However, on a bad day, some people think they’ve made big capital gains in the space of a few months, when they really haven’t.

Let me explain further in these four key points about median prices.

To put it plainly, the median price is simply the middle sale price of all the properties sold in a particular location over a specific period of time.

Say there were 11 house sales in a suburb over a quarter that looked like this:

The median house price, therefore, would be the $667,000 because it is the middle sale of all sales recorded.

As you can see, though, there were five sales lower than that figure and five sales higher.

In fact, in our hypothetical suburb there is a great variation in sale prices for houses, which means the area does not have a homogeneous style of housing, which brings to me to my next point.

2. Why some median prices are mostly worthless

In this example, the median house price is mostly worthless because of the variation of sale prices as well as quality of houses in that location.

Usually this is because of more desirable locations within the same suburb, such as a property having water views versus one that is on a busy road with views of  the service station across the street.

As you can see, if a suburb has housing of variable quality, the median house price is not very useful because some properties are simply more valuable than others.

If a suburb has very similar housing, such as renovated older homes on large blocks or a newer suburb where most of its housing stock was built over a few years, the median house price would be more relevant.

3. Does an increase mean you’ve made money?

One of the biggest issues with median house prices is that do tend to fluctuate up and down. 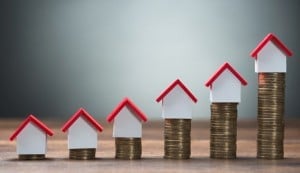 Generally, that is in suburbs that have a diverse housing mix, with one price point selling more over a period of time.

Let’s consider first home buyers back in the GFC who took advantage of the First Home Owners Boost and bought up more affordable property.

In our example above, perhaps there was eight sales around the $400,000 to $500,000 mark out of the original 11, which would have seen the median house price “plummet” on paper.

Of course, that didn’t happen, it was just that more affordable properties sold which temporarily dragged the median price down.

Ditto, when more expensive properties are sold, which can increase the median house price spectacularly and give owners the wrong impression that they’ve made tens of thousands of dollars in a few short months.

4. What is the best time period?

While median house prices can be a reasonable guide for investors to ascertain which suburbs are in their budgets, they also should only consider figures that have been calculated over longer time periods.

That’s because calculating the median price over a year will use a larger data set, which will usually iron out much of the price volatility because there were more sales recorded. 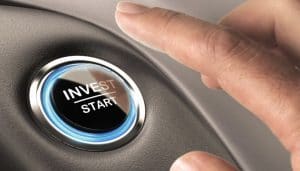 Over a year, for example, there is usually a similar number of sales across a suburb’s different price points which means that the median house price result – up, down or steady – will be more reflective of price movement in that area.

It’s the same with median house price statistics for larger precincts, such as Local Government Areas.

A capital city records thousands of sales every year which means that the median house price movement is likely to be a better indicator of what prices are actually doing there.

As I’ve said, median house prices can be useful because they give investors a rough guide about the locations they can afford.

However, they should never be considered to be the Holy Grail of property data, because of the tendency for median prices to jump around from quarter to quarter.

You see, becoming a successful property investor requires the sum of many parts – not just one relatively benign property statistic that looks into the rear vision mirror at what’s already happened.